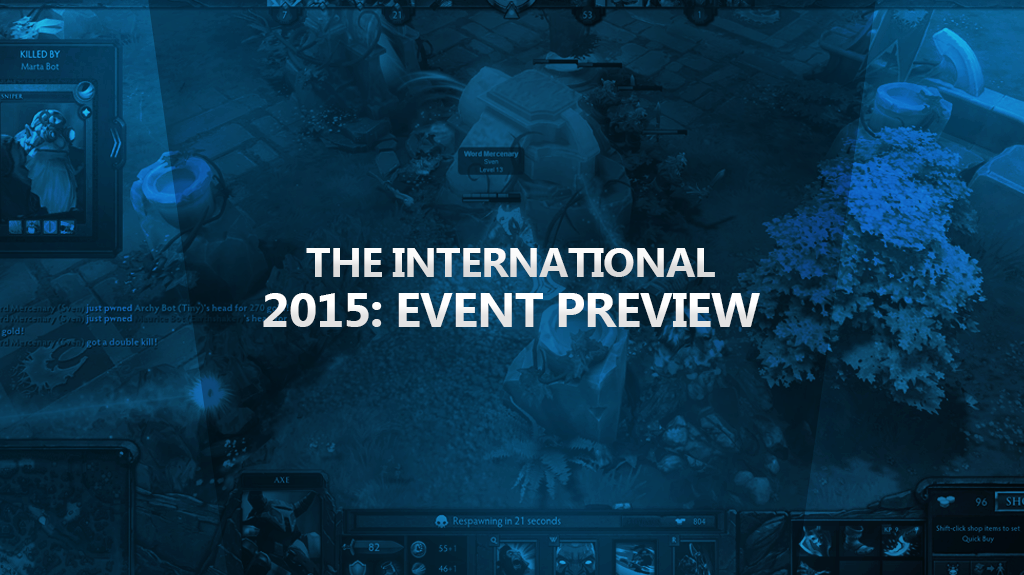 With the wildcard and group stages concluding within Dota 2’s The International 2015 championship tournament, there are less than four days from the main, bracket stage event. From Aug. 3-8, 16 of the world’s best Dota 2 eSports teams will be competing for a shared prize pool of almost $18 million and the world championship title.

There will be a total of 16 teams competing at the main event, 14 of which were invited to play through group stage, while the other two qualified through the four-team wildcard event on July 26-27, 2015.

The teams attending include:

The format for the main event will include all 16 teams in a double elimination bracket over a six day period. At the commencement, eight teams will start off in the upper bracket, while eight are placed within the lower bracket.

All regular matchups will be best-of-three series with the exception of the first rounds within the lower bracket, which will be best-of-one series. Grand Finals will be played in a best-of-five series.

All matches commence at 10:00 AM PDT on Monday, Aug. 3, 2015. Each match will begin after the previous one finishes, allowing every game to be broadcasted live over at https://www.dota2.com/watch/.

The rest of the schedule will fill as the tournament goes on. You can find the rest of the matchups over at Main Event Replays’ page on The International’s website.

The current prize pool for The International 2015 sums out to be the biggest in eSports history, currently at $17,836,960 (updated as of 7/31) achieved through Valve Corporation and crowdfunding, which was obtained by 25-percent of purchases through the compendium.

Who do you believe will win The International 2015 Dota 2 Championship? Let us know in the comments. Stay up-to-date with Ti5 coverage and content over at our Twitter – @eSportsNation.