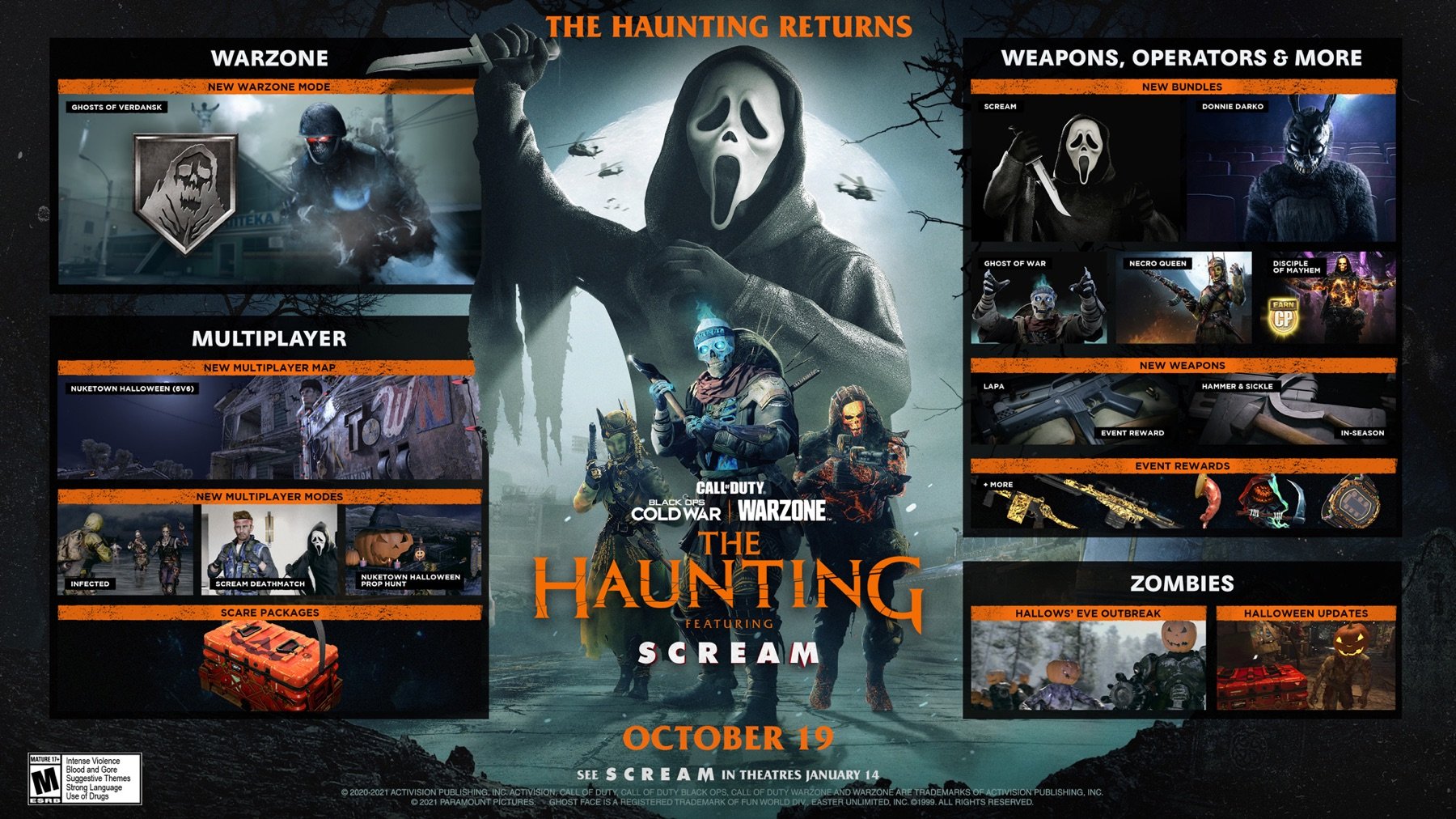 An excellent new trailer for Call of Duty’s seasonal event, The Haunting, just dropped, featuring appearances by FaZe Swagg and the Ghostface killer from Scream.

Swagg appears to be murdered by the killer from the slasher film franchise at the end of the teaser, which includes looks at gameplay, multiple new operator skins, and a spooky-looking version of Verdansk.

The seasonal event will feature a limited-time mode in Warzone called Ghosts of Verdansk, plus some new features in Black Ops Cold War’s multiplayer, too, including a Halloween-themed version of Nuketown.

New modes in Black Ops Cold War include Infected, Scream Deathmatch, and Nuketown Halloween Prop Hunt, along with Scare Packages, which are themed care packages. There’s a couple of Zombies updates in there, too.

The new LAPA SMG will be unlockable through the event, along with the Hammer & Sickle melee weapon. There are also several new themed bundles in the store, including the Ghostface operator bundle, the Donnie Darko operator bundle, and more.