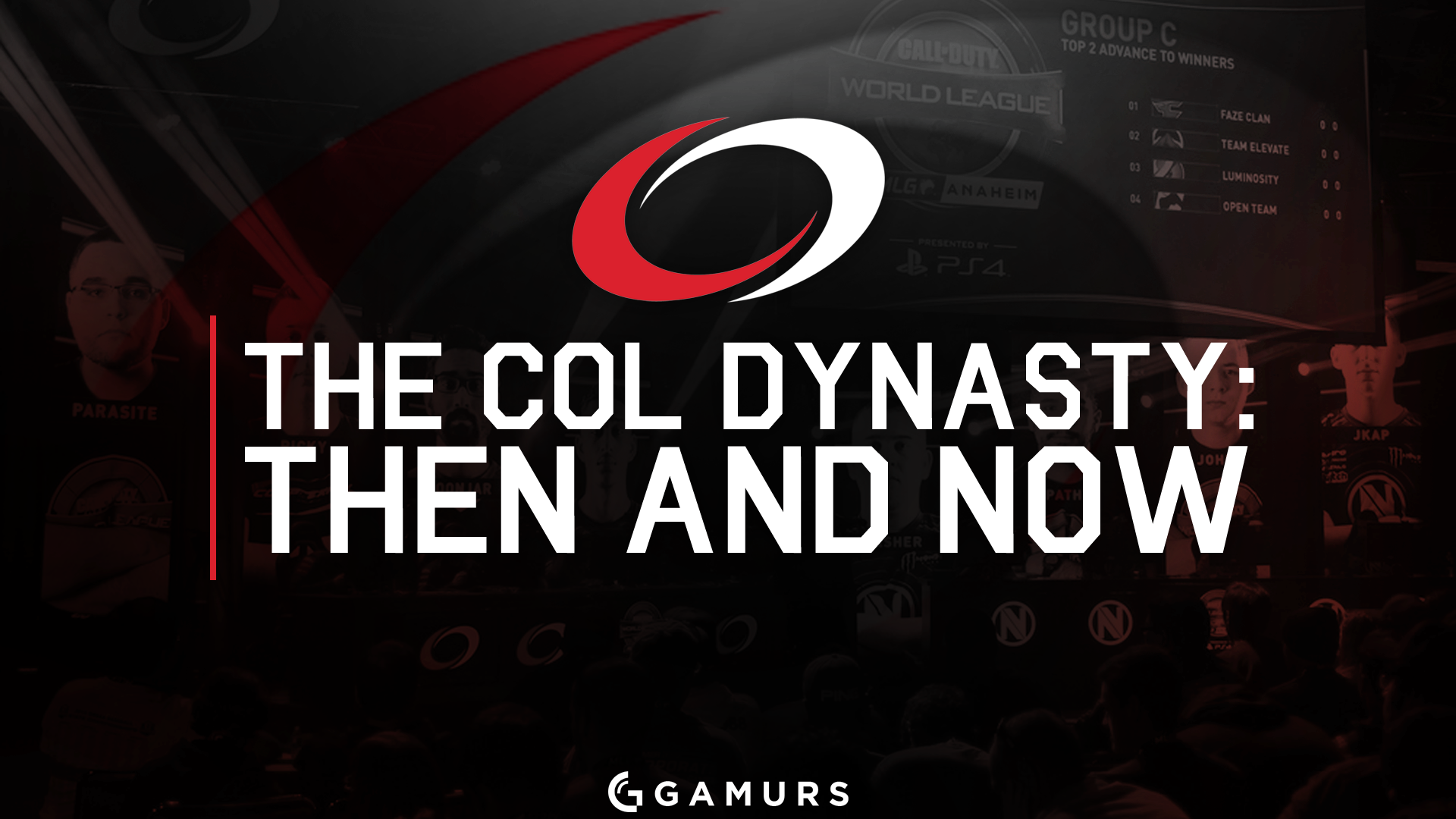 When the long-term duo of Patrick “ACHES” Price and Tyler “TeePee” Polchow picked up Ian “Crimsix” Porter (at the beginning of the Call of Duty®: Black Ops II cycle) and James “Clayster” Eubanks (after the 2013 Call of Duty Championship), they began to pick up steam on the road to dynastic immortality. The new compLexity team won MLG Anaheim 2013, the 2013 MLG Spring Championship, Gfinity 1, UMG Atlanta 2013, Gfinity 2, the MLG Fall Invitational, and the 2013 eSports World Cup. Notably, Fariko Impact’s dynasty ended at the same time compLexity commenced their reign within Call of Duty during the Black Ops II era.

compLexity’s quick adaptation to Call of Duty®: Ghosts facilitated their supremacy over teams still adjusting to the game. They continued their dominance at MLG Columbus 2013 with another first place finish. To the CoD community’s astonishment, they released Clayster and acquired Damon “Karma” Barlow, who at the time, had recently left Team EnVyUs. Whispers began circulating amongst fans as to whether their dominance would continue due to the loss of Clayster as many thought he was the catalyst to their success. The new squad hushed any speculation as they won UMG Philadelphia 2014 in an orderly fashion since Karma’s talent was on par with Clayster’s.

Thereafter, their focus began to shift to the 2014 Call of Duty Championship. Although the team did not win the US Regional Qualifier for the event, they proceeded to breeze through the championship bracket a few weeks later with a 3-0 victory against Team EnVyUs in the finals. After CoD Champs 2014, the dynastic team won their last two events under the compLexity organization at the MLG Pro League Season One Playoffs and UGC Niagara 2014. Following these events, compLexity sold their roster to Evil Geniuses, and backed out of the CoD esports scene for a short period of time (they later signed a roster in November of 2015).

To summarize their time under the Evil Geniuses organization, the team

– Placed third below OpTic Gaming and Team Kaliber at MLG X-Games 2014 due to team complacency.

– Made a comeback and won MLG Anaheim 2014 when OpTic Gaming cracked under pressure.

– Took a beating at GFinity 3 with a top-eight finish, their lowest placement with Karma.

– Did not attend UMG Dallas 2014 because of the birth of Karma’s daughter.

– Replaced Karma with Kenneth “Dedo” Dedo before UMG Nashville 2014 because of Karma’s refusal to play with the team.

In the days following ESWC 2014, the team dispersed as OpTic Gaming bought three of the players’ contracts and EG left the CoD competitive scene in the same fashion that compLexity did. Alexander Garfield, CEO of Evil Geniuses, announced on reddit.com/r/CoDCompetitive that three player contracts (Crimsix, TeePee, Karma) were being transferred to the OpTic organization for an undisclosed amount, with the two remaining players (Aches, Dedo) being released from their contracts. Thus, Call of Duty fans everywhere witnessed the decline of a dynasty.

compLexity’s return to Call of Duty in 2015 surprised many fans who believed that the organization would never return to the competition pool. With Call of Duty®: Black Ops III imminent, the organization added four new competitors who aspired to achieve greatness similar to their predecessors in previous CoD titles. Unfortunately, the re-emergence of compLexity in Black Ops III was inevitably doomed from the start. Their initial roster consisted of Richard “Ricky” Stacy, Christopher “Parasite” Duarte, Marcus “MiRx” Carter, and Anthony “NAMELESS” Wheeler. Their most significant achievement as a team was their top-four placing at the Totino’s Invitational. Lackluster performances at UMG South Carolina 2016 (top-16), the NA CWL Stage One Playoffs (top-eight), and MLG Anaheim 2016 (top-12), and in the NA CWL Stage Two Season (not qualifying for playoffs) have tarnished the compLexity name in Call of Duty.

In the recent MLG Orlando 2016 event, ACHES returned to the compLexity organization with aspirations of restoring compLexity’s throne at the top (alongside Ricky, Andres “Lacefield” Lacefield, and Lamar “Accuracy” Abedi). During pool play, they took demoralizing losses in matches that were close enough to go their way. FaZe Clan and Rise Nation gave them 3-0 losses, but compLexity managed to defeat Cloud9 with a 3-1 score. To their misfortune, they placed top-eight after they suffered a tough 3-1 loss to the same formidable FaZe roster in round four of the losers bracket. At the end of their three-round losers bracket run, ACHES took to twitter with a positive attitude stating, “Can’t be disappointed! Feeling confident moving forward”.

This is a surprising new turn in ACHES’s post-event twitter tone because he has a reputation for feeling uninvolved with his team and Call of Duty in general. It is safe to assume that he hates to lose more than he likes to win, and I would wager that he is willing to go to extreme extents to ensure his alpha-status is re-established at the next event: Call of Duty: XP.

In retrospect, the legendary coL/EG dynasty that was collectively created by ACHES, TeePee, Crimsix, Karma and Clayster had come to a halting stop at the same time as the Ghosts competitive cycle ended. Complacency, team disputes and loss of motivation culminated into a loss of interest in continuing to showcase themselves as champions. If coL/EG had been aware of what was driving them apart, their team could have adjusted themselves and continued their dynasty into Call of Duty®: Advanced Warfare.

Regardless of how tragic their downfall was, this group of players solidified their spot in CoD esports as the most successful Call of Duty team to ever play the game. In total, the coL/EG dynasty had won a flabbergasting 14 championships. Under the compLexity Gaming banner, they won a stunning 12, winning two more titles under Evil Geniuses. The core three (ACHES, Teepee and Crimsix) won all 14 for both organizations. Throughout the run, Clayster took home seven championships while Karma brought back five. Dedo also put one title under his belt in the dynasty’s final run.

Although it is impossible to tell if they may emulate the prominence of their CoD ancestors, the current compLexity still has the potential to work its way back to the top if they develop a core foundation of motivated players that are similar to their former trio of ACHES, TeePee and Crimsix. The only thing standing between them and repeating history are their dynastic successors: OpTic Gaming.

This article was made possible with the help of cod.esportswikis.com.