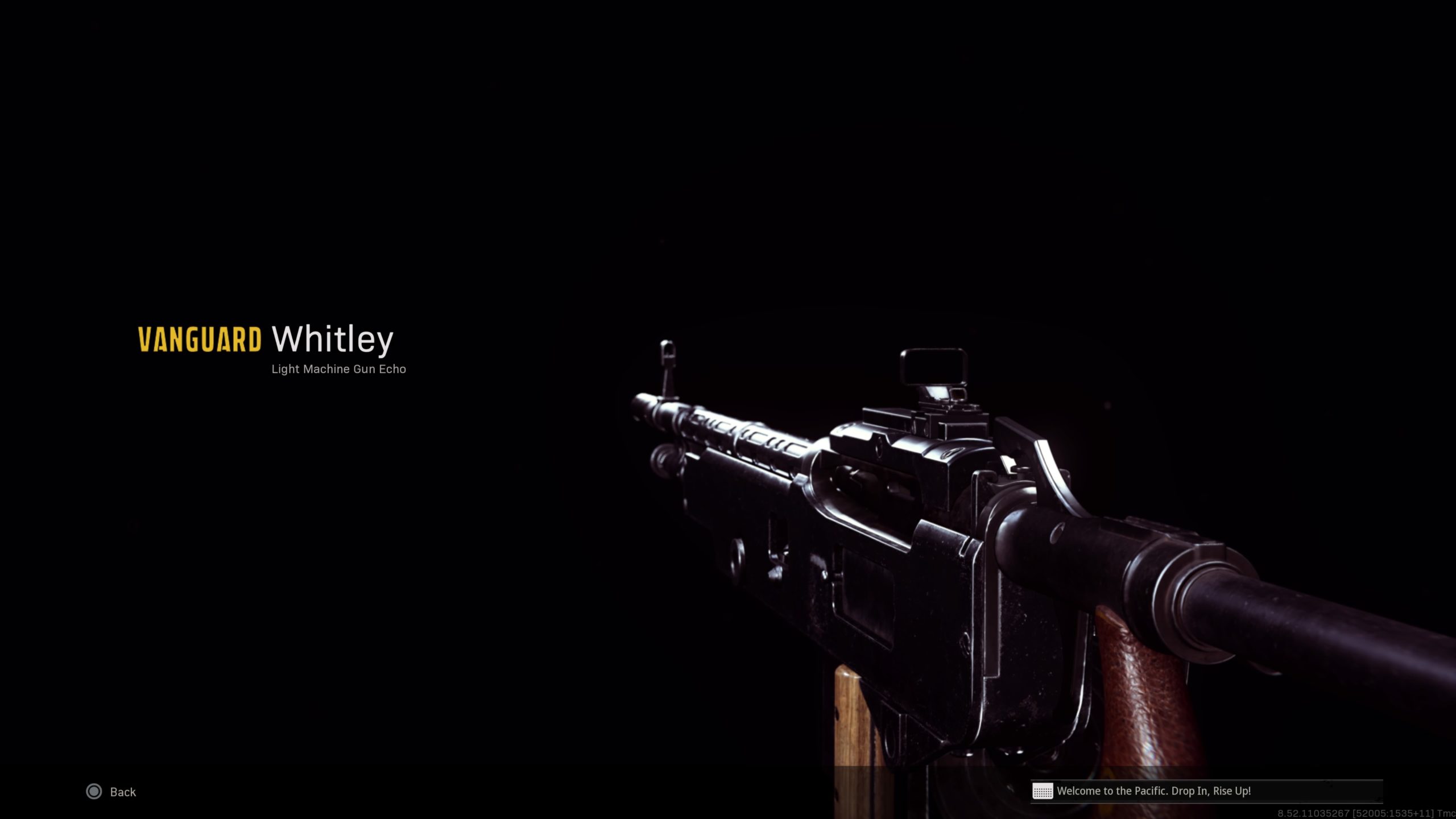 “Despite its age, this LMG is highly customizable, and even in its base form it plays a niche role with the best damage per shot compared to its four Vanguard competitors,” Activision said. “And although its slow fire rate can annoy impatient Operators, its low recoil can quickly eliminate targets. This predictable pattern keeps it steady when firing out to the second-best effective range in its class, so long as the Operator adjusts accordingly.”

Like other LMGs, the Whitley is cumbersome and slow, but it packs a punch, has a large magazine, and can be easily fitted with attachments to buff it as a long-range weapon in the primary slot to pair with a close-range SMG option for Caldera.

Here’s how to equip the Whitley for success in Warzone.

As is always the case with long-range loadout guns in Warzone, it’s time to buff the Whitley’s accuracy and range. That’s all that matters for an LMG, especially considering it deals high damage to begin with because it’s basically a walking minigun with a large magazine.

Reining in its recoil will make it a competitive option in Caldera, although it still does not compare to the Bren quite yet, which could change with another update or two. For now, though, it’s worth it to try out the Whitley to see how it makes you feel in BR.