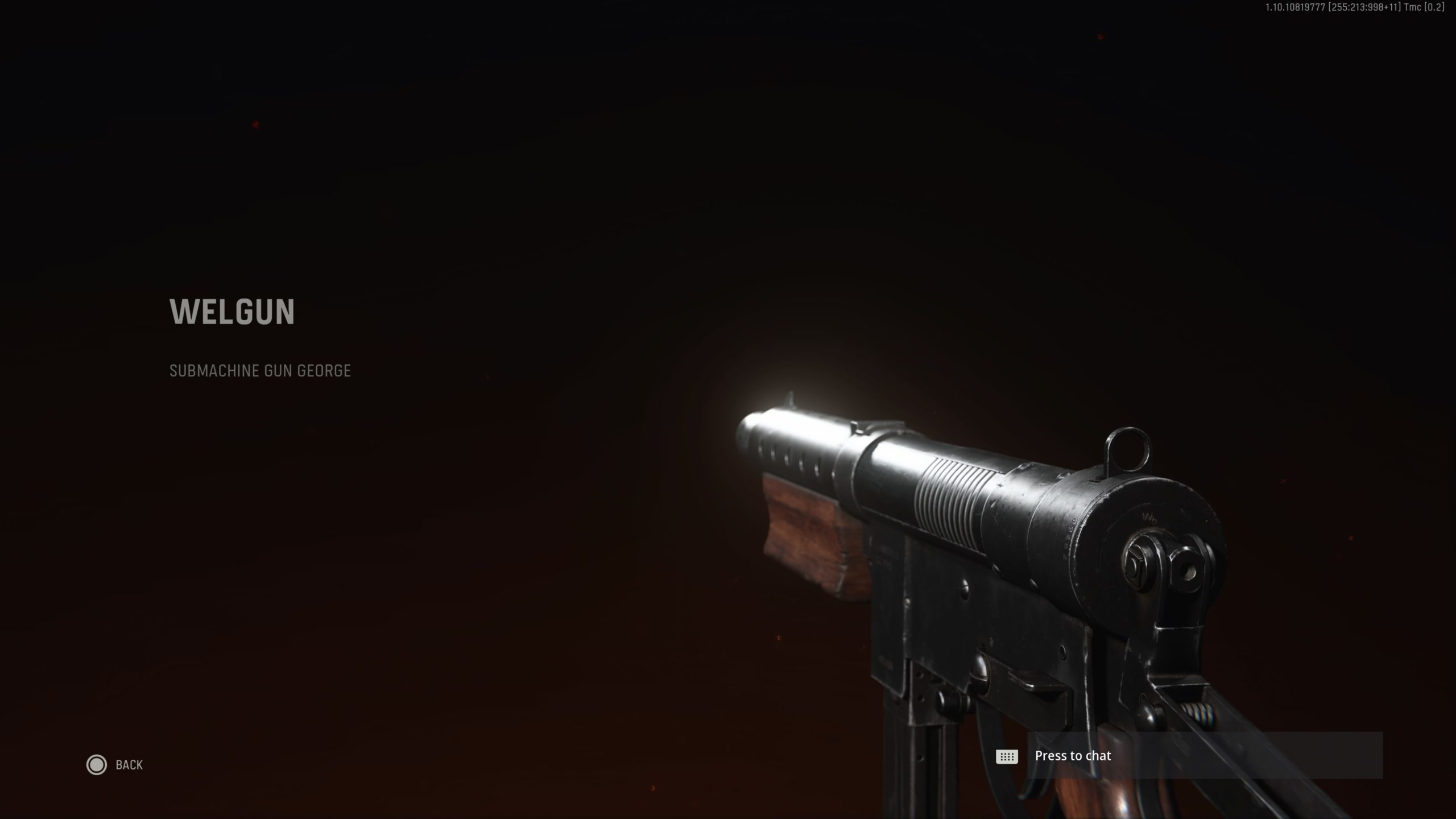 A new gun has joined Call of Duty: Vanguard and Warzone, and it’s a fun one for submachine gun players everywhere.

In real-life applications, the Welgun was an experimental weapon developed by the British. It performed well in testing but was never fully adopted and was produced in small numbers. Now, though, it’s widely available for Vanguard players by completing an in-game challenge as of the game’s season 1.5 update.

“In Multiplayer, it can reliably down targets in four shots—or three, with a shot to a vital area mixed in—within a category-standard effective range,” Activision said. “The available .380 and .25 ACP magazine attachments can either make it a powerful three-to-two shot machine or a faster-firing and more accurate weapon, respectively.”

Here’s the best set of attachments for the Welgun in season one.

The Welgun is a strong submachine gun out of the gates, but it has a few key weaknesses, namely its lower fire rate. That’s easily fixed with the Recoil Booster, which ups the fire rate with a penalty to accuracy, thus increasing its DPS potential.

This set of attachments will also buff the Welgun’s firepower, accuracy, and ammo count. The 64 round magazine doubles its magazine, meaning you can fire for longer. The rest of the equipped attachments will help rein in its recoil and allow you to fire over an extended period of time.

It remains to be seen how and if the Welgun will fit into the meta in Vanguard, but for now, it seems like it has decent potential in objective game modes.