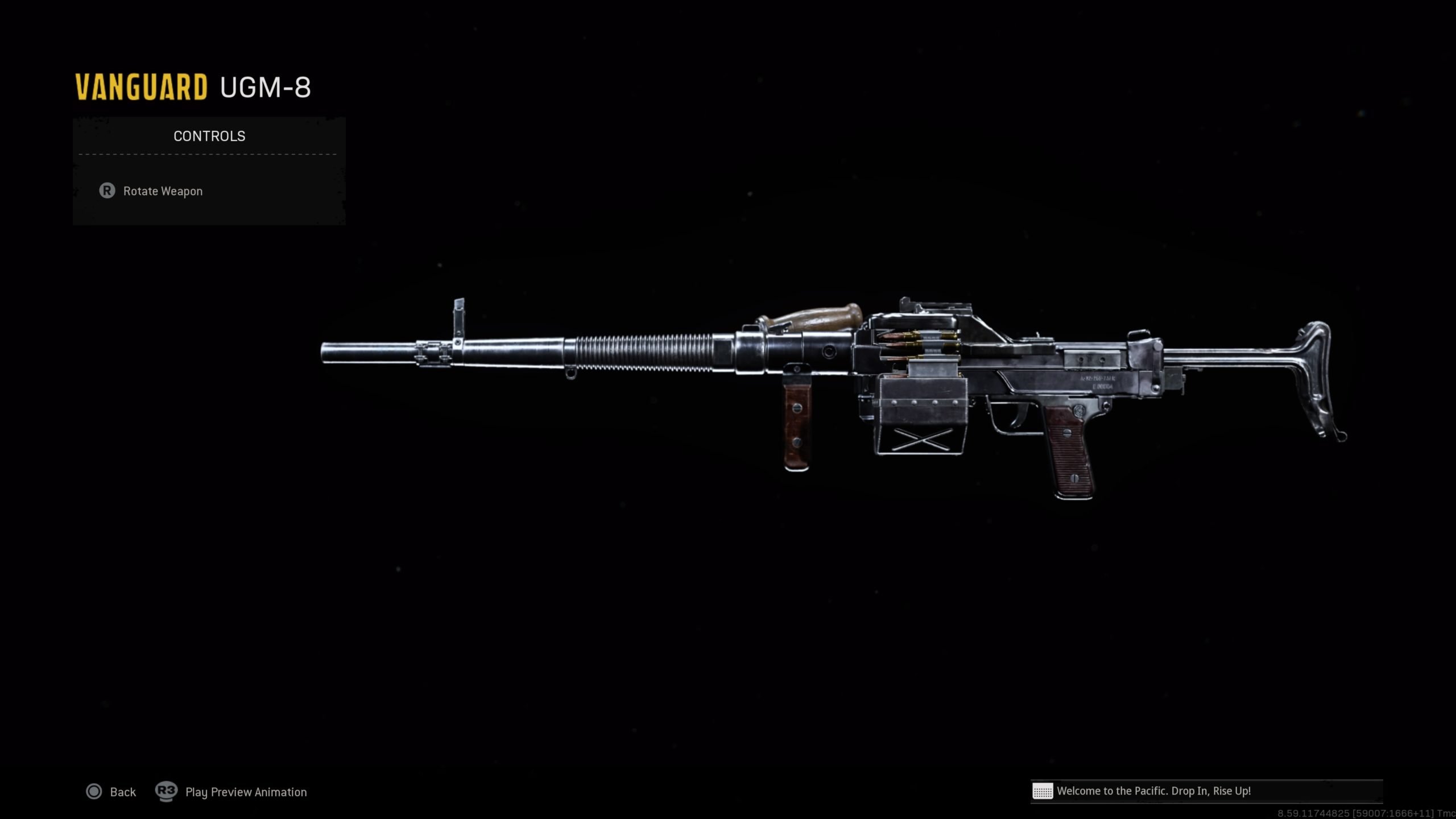 Season four of Call of Duty: Warzone and Vanguard has added another light machine gun to its growing cavalcade of weapons.

The UGM-8 is now the 18th LMG option in Warzone, joining the guns from Modern Warfare and Black Ops Cold War to create an amount of choice rarely seen in any other video game. But is the UGM-8 worth your time? It can be.

“Who says an LMG has to slow you down?” Activision said of the new weapon. “Combining high mobility with a high fire rate, the UGM-8 is ideal for players looking to keep pace with their teammates while offering suppressive fire. This thing chews through ammo, so be prepared to feed it.”

This is the best loadout for the UGM-8 LMG in Warzone.

This set of attachments will buff the UGM’s accuracy, damage, range, and control, while only limiting its already-high mobility. It’s a worthy trade-off to turn this LMG into a laser beam with little recoil capable of dealing strong damage at long range.

The UGM-8 needs the 6.5mm Sakura 125 Round Box to boost its ammo count, turning it into a bullet-hose machine gun that will keep you firing until the enemy is dead, no matter how wonky your accuracy may be.

This is an LMG that’s built for mounting and taking down enemies from afar across the sprawling hills and buildings in Caldera. But thanks to its higher-than-average movement speed for an LMG, it can also be used on Rebirth Island or Fortune’s Keep for players who like to play a bit more methodically.