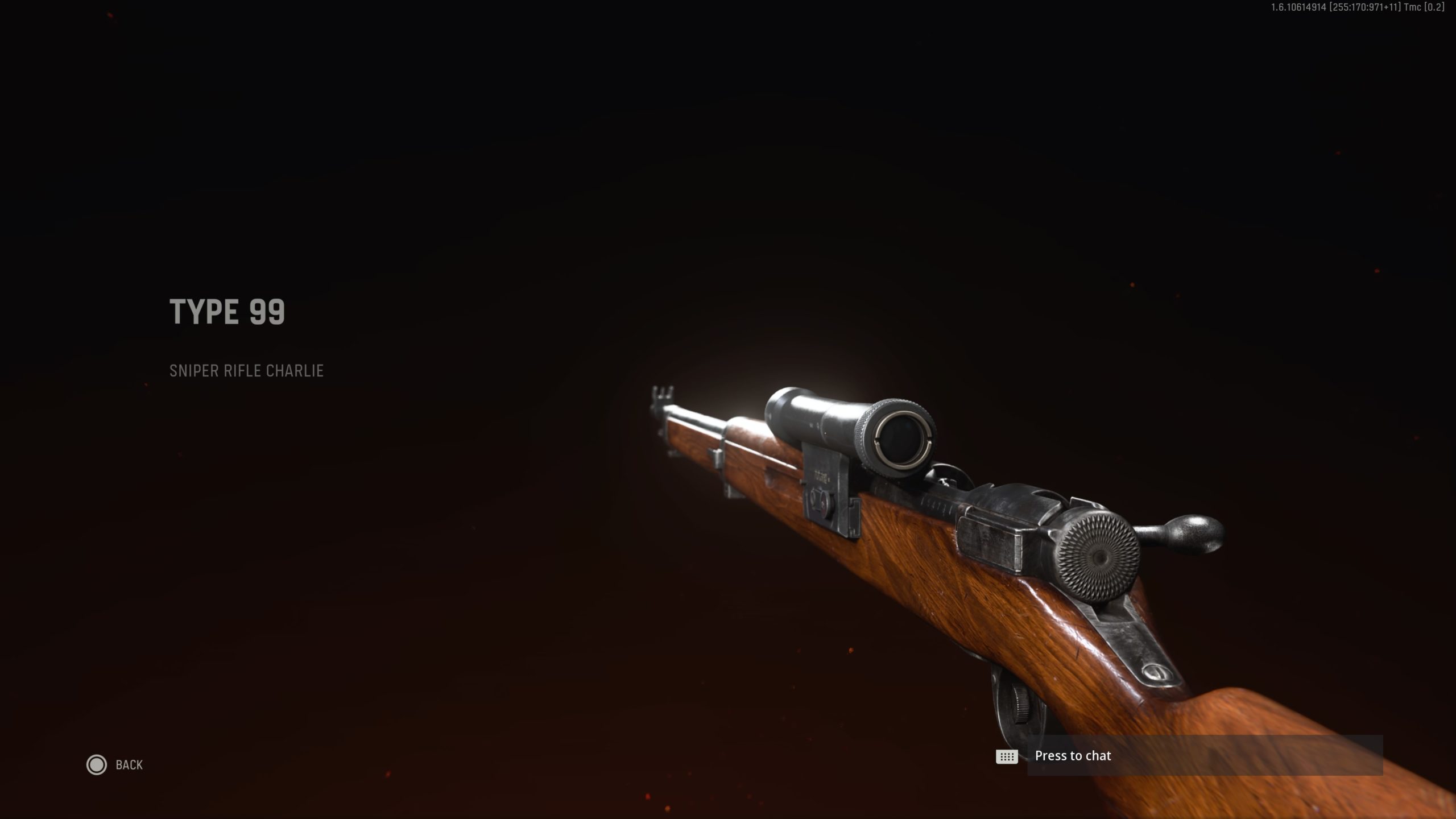 In World War II, snipers turned the tide of the battlefield with their ability to pick enemies off from a distance. In Call of Duty: Vanguard, you can do the same with the Type 99.

During the second World War, the Type 99 was a sniper rifle used by the Japanese. Certain variations of the gun used a straight bolt and a scope mounted on the left side of the gun to allow for the use of stripper clips for faster reloads. This is the variant in Vanguard.

The Type 99 is the default sniper rifle in Vanguard, unlocked at the outset for players to use in sniper-themed classes. While other snipers like the Kar98k might get the most attention, the Type 99 is still worth leveling up for sniper grinders everywhere.

Here’s the best way for snipers to load up their Type 99 kit in Vanguard.

The best Type 99 loadout in Vanguard

As is the case until it gets nerfed, the Vital Proficiency is a must-have, especially with sniper rifles. The sniper is built for one-shot kills as it is, so adding Vital makes it even more likely you’ll finish off an enemy by hitting them in the chest or above.

The rest of the attachments are built to buff the Type 99’s power while also giving you some more ammunition to remain in the fight for longer periods of time. This sniper is great for Search and Destroy or for those who like to strike from afar while remaining stationary.