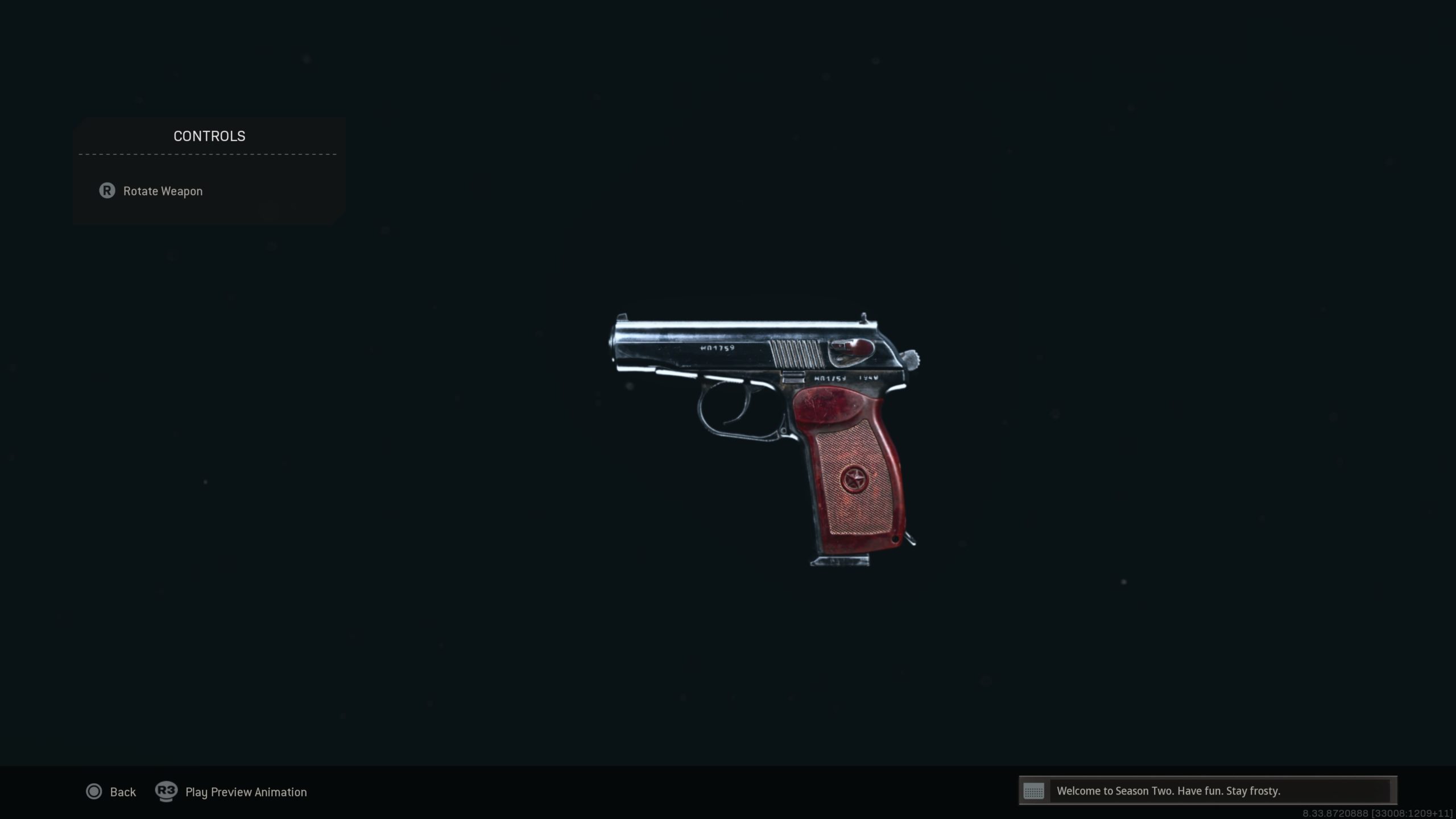 One of the newest pistols to enter the meta in Call of Duty: Warzone from Modern Warfare became a headache very quickly, and it’s still strong even after a big nerf in very specific scenarios.

The Sykov, seemingly inspired by the Makarov from previous Call of Duty games, comes with its own special, custom Gunsmith mods. These mods immediately enter it into the game as one of the best secondary options available.

Once you level the Sykov up, you can equip it with an 80 round magazine, meaning you can spray people down with efficiency the likes of which the game had not seen in a while. Its Akimbo perk was nerfed months ago, but the Sykov is still fun to use as a secondary in Ghost loadouts.

Once you have the Sykov, here’s how to equip it in the Gunsmith.

The best Sykov loadout in Warzone

This loadout will turn the Sykov into a bullet hose with a 80-round magazine, which is basically a pocket submachine gun. It’s a bit ridiculous and doesn’t work well outside of very close range, but it’s quite fun.

The Sykov should be mainstay in loadouts for a while, especially considering it’s a dominant secondary weapon that you can equip without having to use Overkill, meaning you can run Ghost with it.

Outside of Ghost loadouts, the Sykov doesn’t have much usage. But for players who like to run Ghost and want a solid secondary option to support a long-range primary, the Sykov is one of the best bets you have.