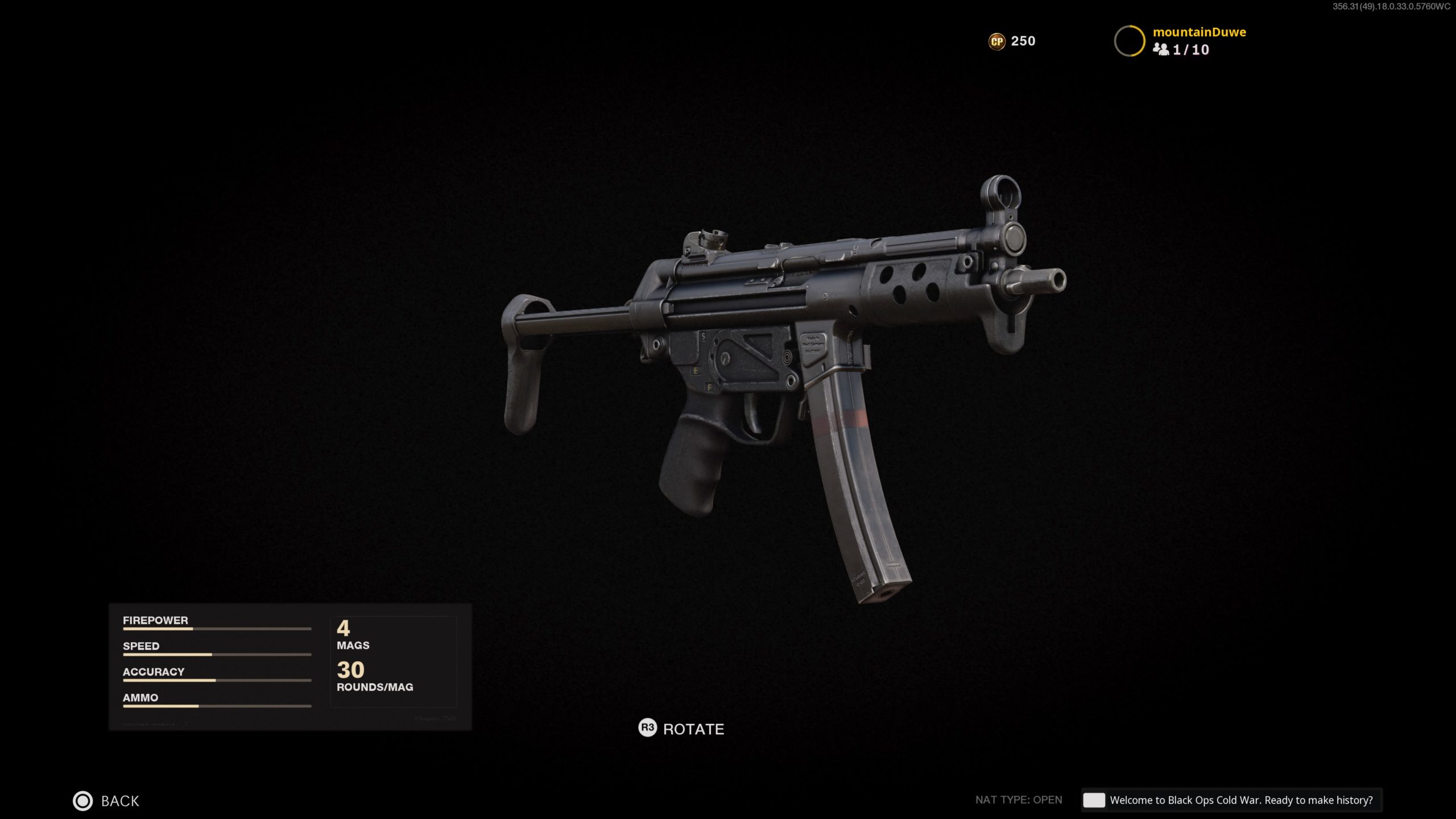 There’s a lot of fun to be had for submachine gun players in Call of Duty: Black Ops Cold War.

There are five SMGs to play with in Black Ops Cold War at launch, with more to be added to the game for free with seasonal content. But there’s a lot of variety and some good choices to begin with.

Some SMGs stand out above the pack and these are the ones you should focus on whether you’re running the objective or just slaying out in public lobbies.

It’s important to pick the best of the best whether you’re trying to stomp public lobbies, grind wager matches, or just have fun with the squad when it’s time to group up and go ham.

These are the best SMGs in Call of Duty: Black Ops Cold War.

It’s back. It’s time for another year of MP5 dominance because Black Ops Cold War’s MP5 is as strong as it gets when it comes to SMGs. Make sure to rank this one up quickly and equip it with attachments to help it shine even more than it already does.

The AK-74u isn’t quite as dominant as it was in Black Ops 1, but it’s still an incredibly strong SMG in this iteration. With the right attachments, it can offer some of the best range in the class.

The Bullfrog makes for a solid third option due to its magazine size, which defaults at 50 bullets. This makes it a bullet hose, allowing you to continuously fire on groups of enemies who are bunched up or chunk down armor in certain game modes.