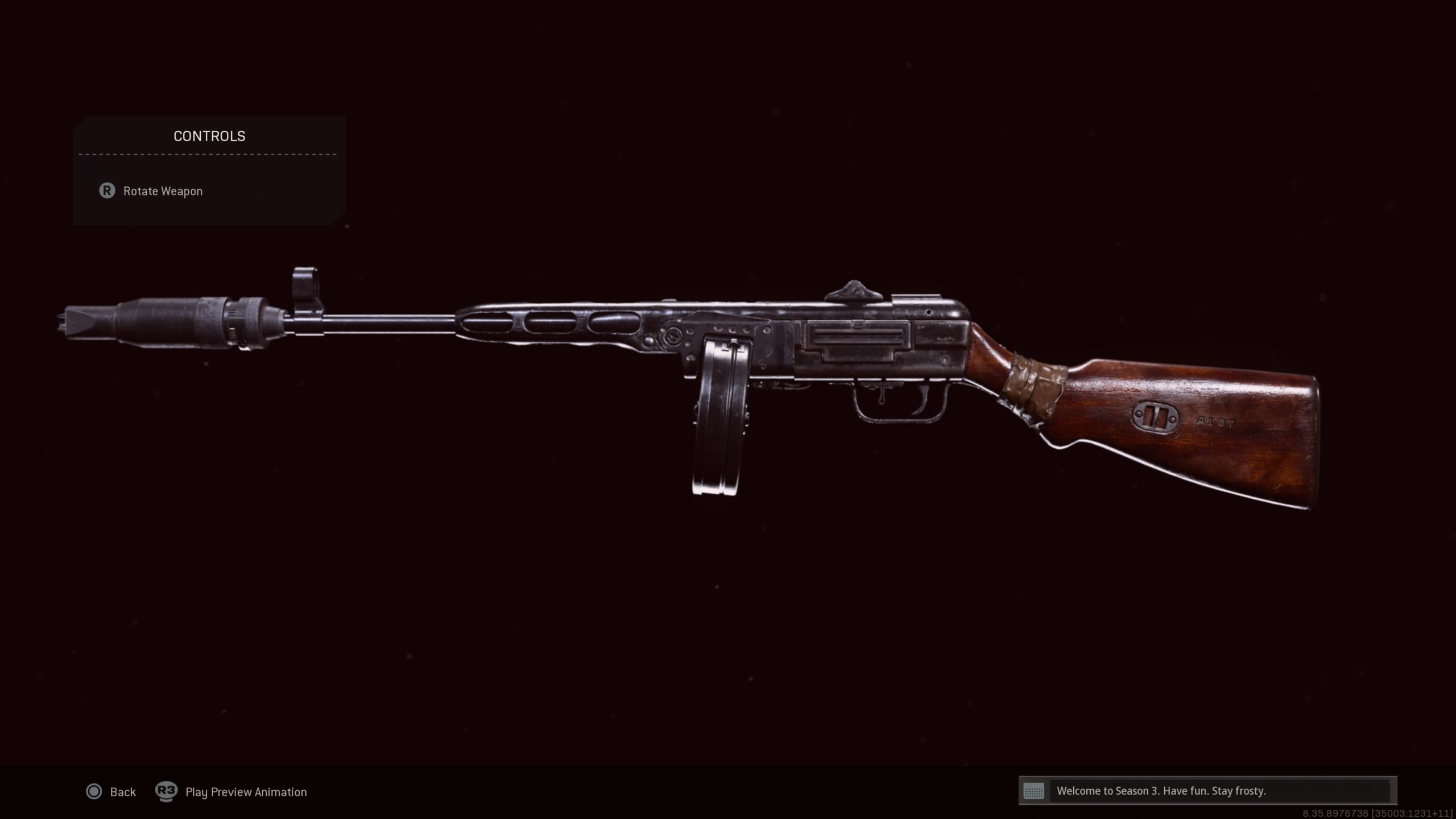 Verdansk’s time travel back to 1984 brought an even older gun with it.

In Call of Duty: Black Ops Cold War and Warzone, the PPSh-41 is a throwback gun since it was originally in use by the USSR as early as 1941. Now, it’s here to terrorize the ’80s version of Verdansk.

Players of World War II-era CoD games will remember the PPSh-41, a submachine gun of a bygone era. But that doesn’t mean it’s not a good weapon to use in Warzone because it’s indeed a solid option for an SMG slot.

The best PPSh-41 loadout in Warzone

The PPSh is a solid submachine gun for up-close engagements in Warzone. It’s a perfect second weapon to pair with a long-range assault rifle like the AMAX or Grau.

This loadout will extend the PPSh’s magazine and buff its damage, range, mobility, and control, while only sacrificing a small bit of accuracy, which is negligible because you should only be using it for close-quarters fights.

Widely known as “the TikTok no recoil loadout,” this set of attachments gained popularity on the huge social media app thanks to a video going viral. It’s a very strong loadout, and gives the PPSh-41 big buffs to range, mobility, and control.