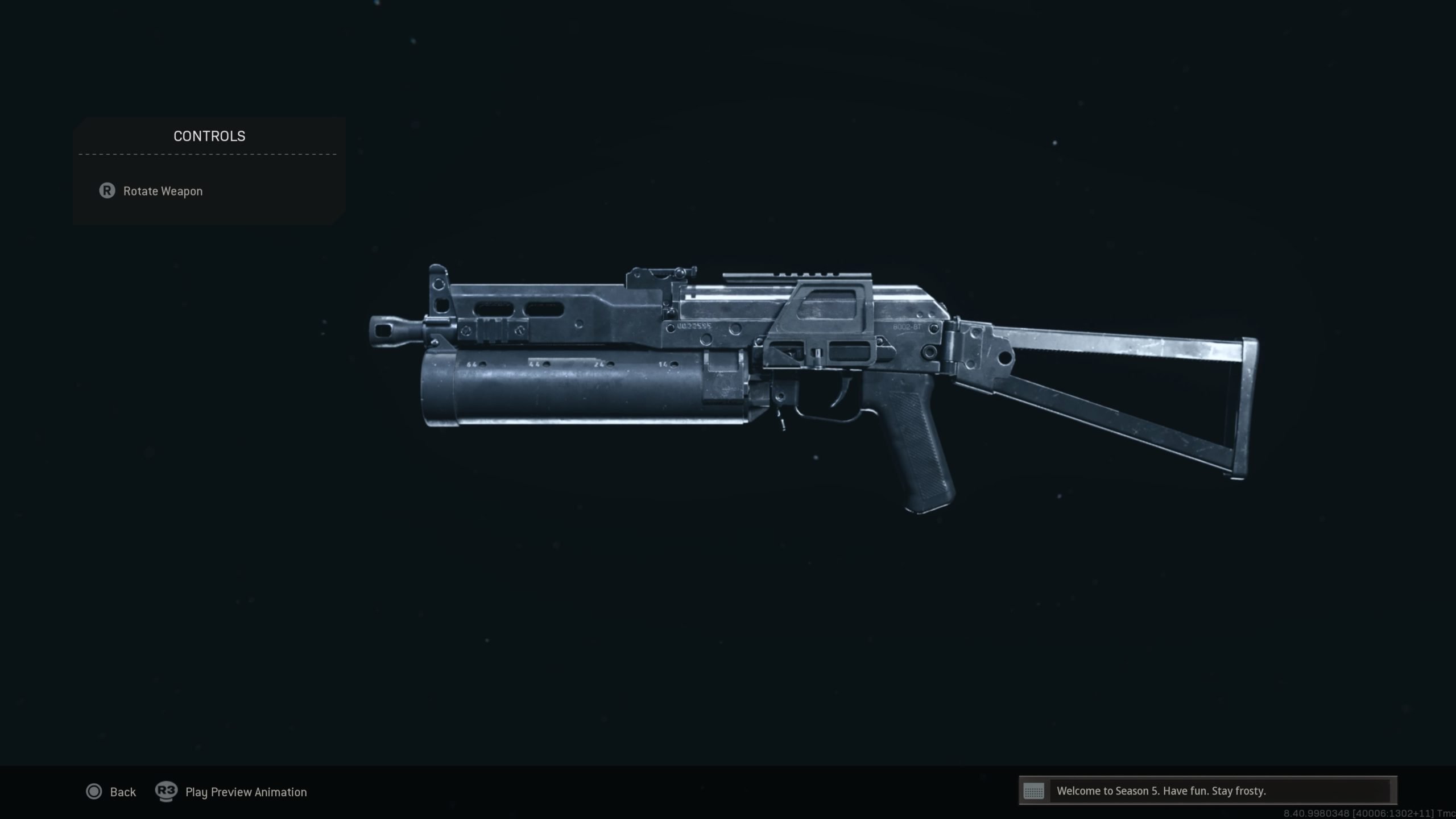 Call of Duty: Warzone’s weapon roster is so big that it has several guns that are different versions of each other from different time periods in the franchise.

While similar to Black Ops Cold War’s Bullfrog, the PP19 Bizon is the modern version of the gun, considering it’s from 2019’s Modern Warfare. The SMG has also appeared in Call of Duty: Ghosts and Call of Duty: Mobile.

The Bizon uses a helical magazine that puts the ammunition for the gun where a grip would normally go. It’s a unique type of firearm, but it’s also a pretty good one when it comes to deciding which weapons to throw in your loadout for battle royale, Rebirth Resurgence, or more.

Here’s the best way to equip the PP19 Bizon in Warzone Pacific.

The Bizon is all about running and gunning in Caldera or Rebirth Island. It’s a solid SMG option for up-close encounters and it thrives inside of buildings while it struggles at long ranges. Use this build to accentuate its strengths and keep yourself in the fight, especially after a slight change to the gun that was made in a minor update during season two of Vanguard.

These attachments will help buff the gun’s accuracy, range, and mobility, allowing you to move quickly from fights you can’t win and toward fights you want to dominate. You should pair it up with a sniper rifle or an assault rifle/LMG that can keep enemies at bay at long range.