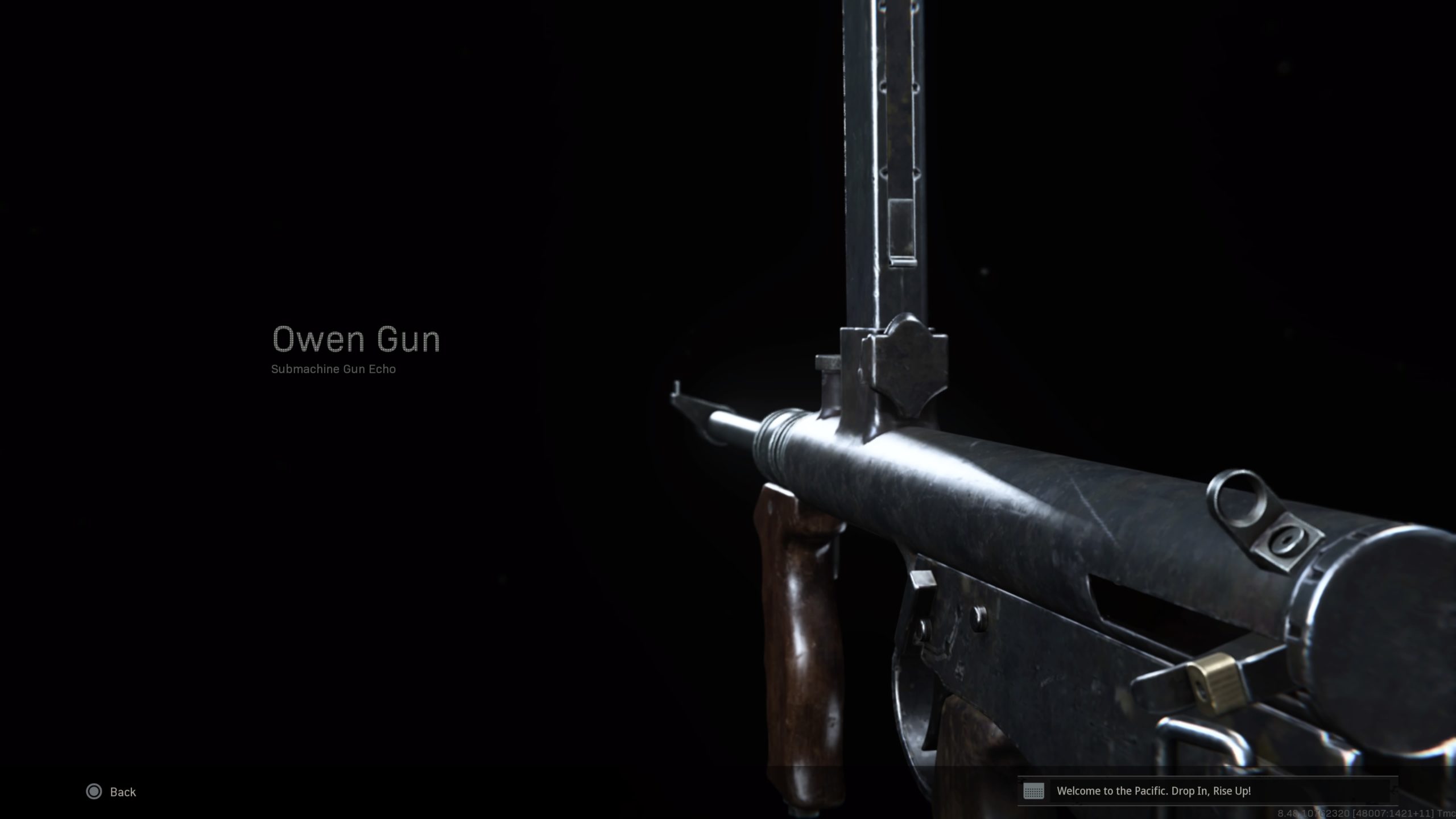 The Owen Gun is one of the ugliest weapons ever seen in Call of Duty: Warzone. But looks can be deceiving.

Don’t judge a book by its cover, and don’t judge a battle royale SMG by its weird, Australian, World War II design. The Owen Gun is a solid choice for secondary slots in Overkill loadouts in Caldera, specifically for the Vanguard Royale mode.

Be forewarned that the Owen Gun struggles a bit before it’s fully leveled up, so the best course of action to unlock desired attachments is to hop into some Vanguard multiplayer matches and pop a double weapon XP token. When it’s leveled, the Owen Gun is fun to use.

Here’s the best way to load up the Owen Gun with powerful attachments in Warzone.

This is a solid set of attachments to turn the Owen Gun from a clunky SMG into one of the most formidable ones from Vanguard. It buffs the Owen’s stats across the board without much of a negative effect on anything.

The Owen Gun has a slow fire rate to begin with, which makes it rough to use early on. But the Recoil Booster helps fix that with a solid boost to how quickly the odd-looking Australian SMG can pump out rounds per minute.

With this loadout, the Owen can stand up to the likes of even the favorites like the MP-40 and Welgun, Warzone’s two other WWII SMG’s of choice, along with other close-range options from both Modern Warfare and Black Ops Cold War.