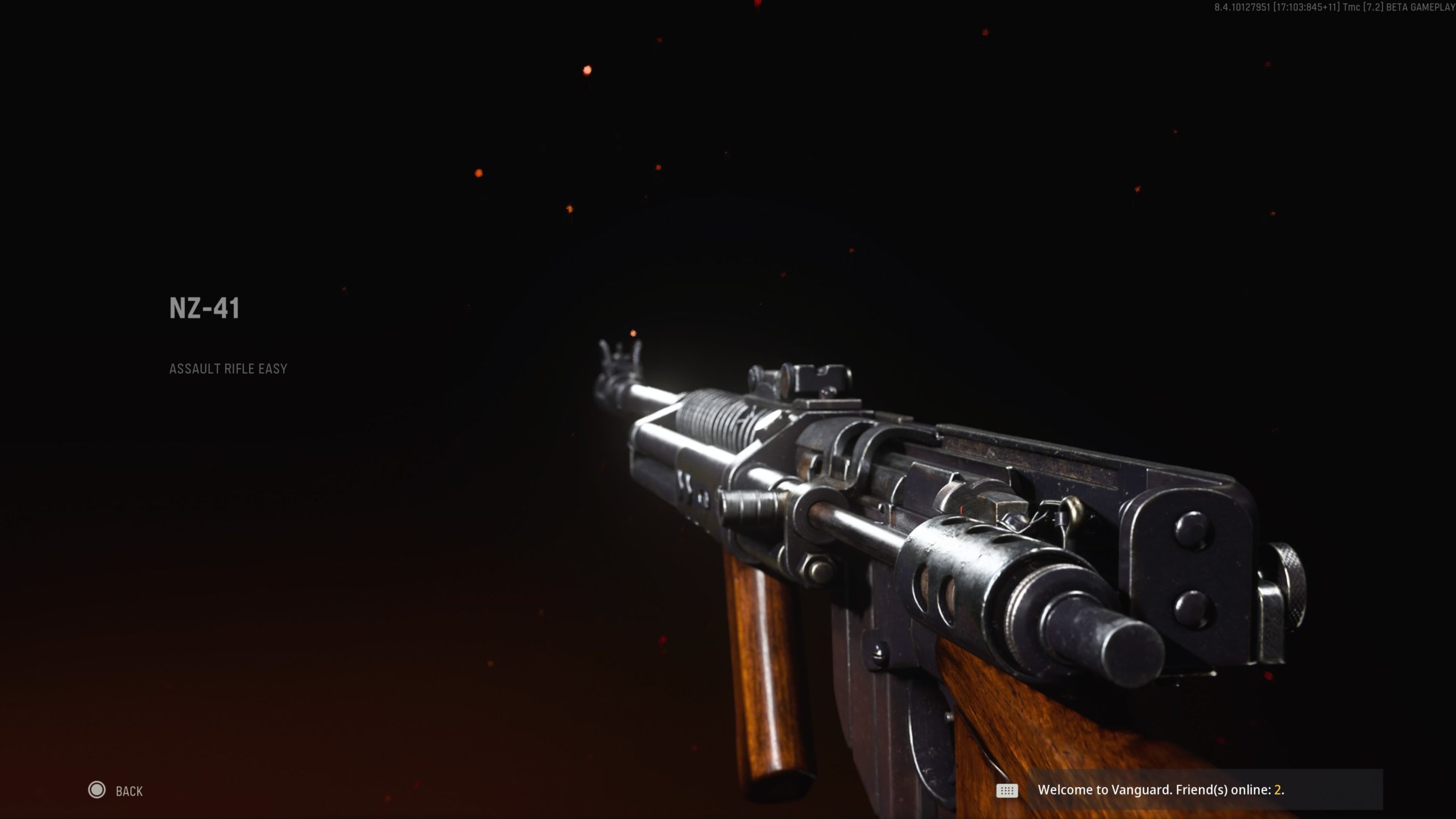 Call of Duty: Vanguard’s growing roster of World War II guns is filled with some classics but also some interesting variations on unique weapons of the past.

The NZ-41 is inspired by the Charlton automatic rifle, which was designed by a New Zealander named Philip Charlton, hence the “NZ” designation. Charlton created the gun to be a substitution for light machine guns that were in short supply during the war.

In the beginning of Vanguard’s lifespan, the NZ-41 isn’t the best option for assault rifles in the game. It’s outshined easily by both the STG44 and the BAR, but its speed and fire rate make it a decent option for AR players who want to play a bit more aggressively.

Here’s the best way to load up your NZ-41 for domination in Vanguard.

The best NZ-41 loadout in Vanguard

It’s of the utmost importance to rein in the NZ’s out-of-control recoil, so focus your attachments on that. Many of the attachments for the NZ have adverse effects, so steer clear of those that subtract too much.

As for optics, as always, it’s personal preference, but the Slate Reflector works for the NZ’s ability to shred enemies up close. You’ll probably want to avoid trying to use it at too long of a range because even with attachments, the recoil is rough.