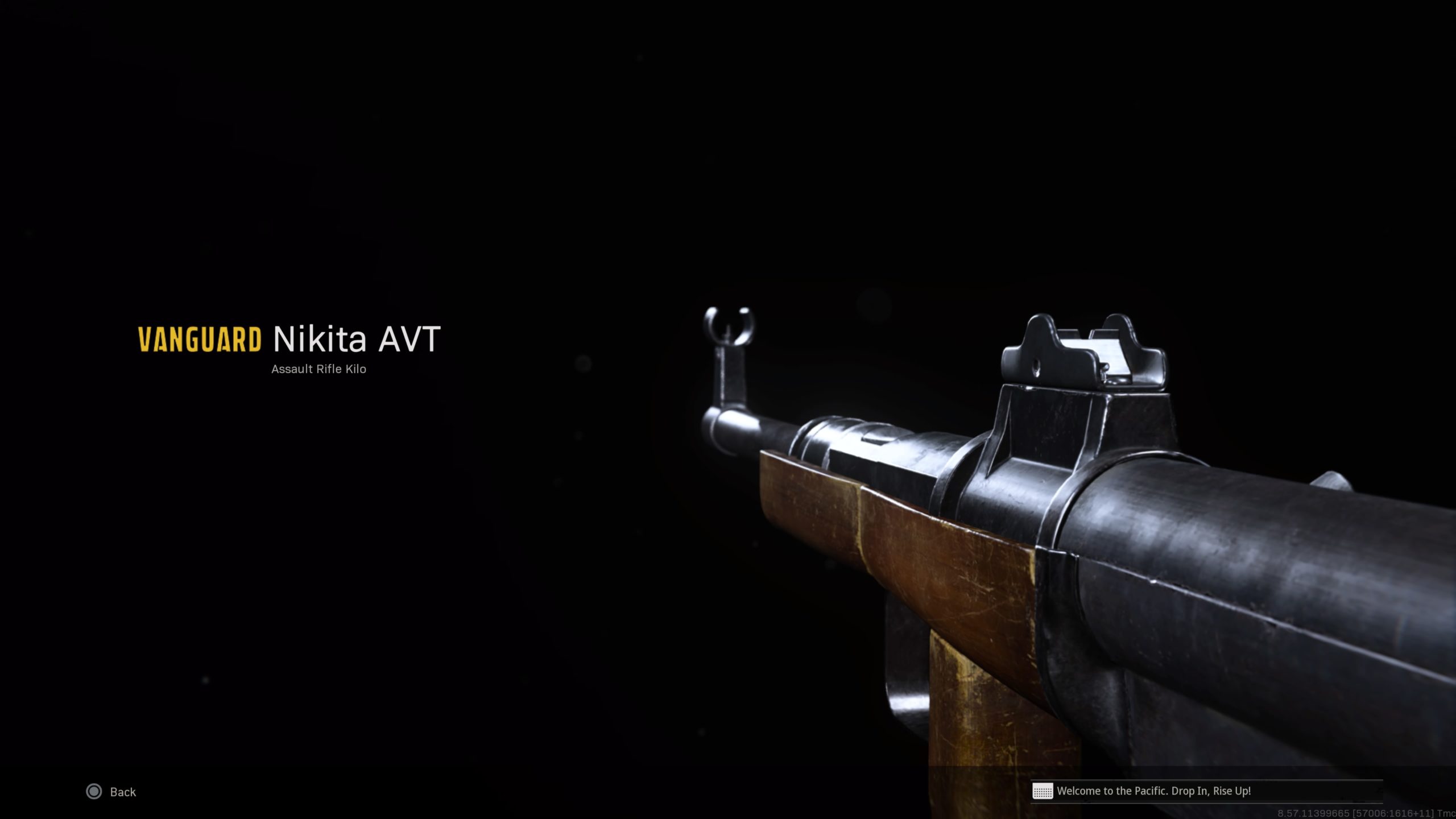 Call of Duty: Warzone’s gargantuan roster of assault rifles grew by one with the onset of Vanguard’s season three, adding the Nikita AVT to the always-changing meta on Caldera.

The Nikita AVT is described in-game as “accurate and reliable with best-in-class fire rate” that “can be outfitted to exceed in CQC or long-range combat scenarios.” It’s easily Vanguard’s fastest-firing AR to date.

The new AR functions as something of an AR-submachine gun hybrid due to its fire rate, high movement speed, and recoil. It’s meant to be used in specific scenarios, like close-range combat on Caldera or Rebirth Island, but it can be highly customized with the Gunsmith.

Here’s the best way to load up your Nikita for success on Warzone.

The Nikita is capable of dealing damage at decent range, but its fire rate lends itself to up-close engagements on Caldera or Rebirth Island. To strengthen it, this set of attachments will buff a number of its attributes, including accuracy, damage, and range.

It will have trouble holding its own in long-range gunfights against powerful meta assault rifles like the Cooper Carbine, XM4, or AK-47 or LMGs. Use the Nikita in situations that will be advantageous to its strengths and consider pairing it up with a more stable long-range option in an Overkill loadout.