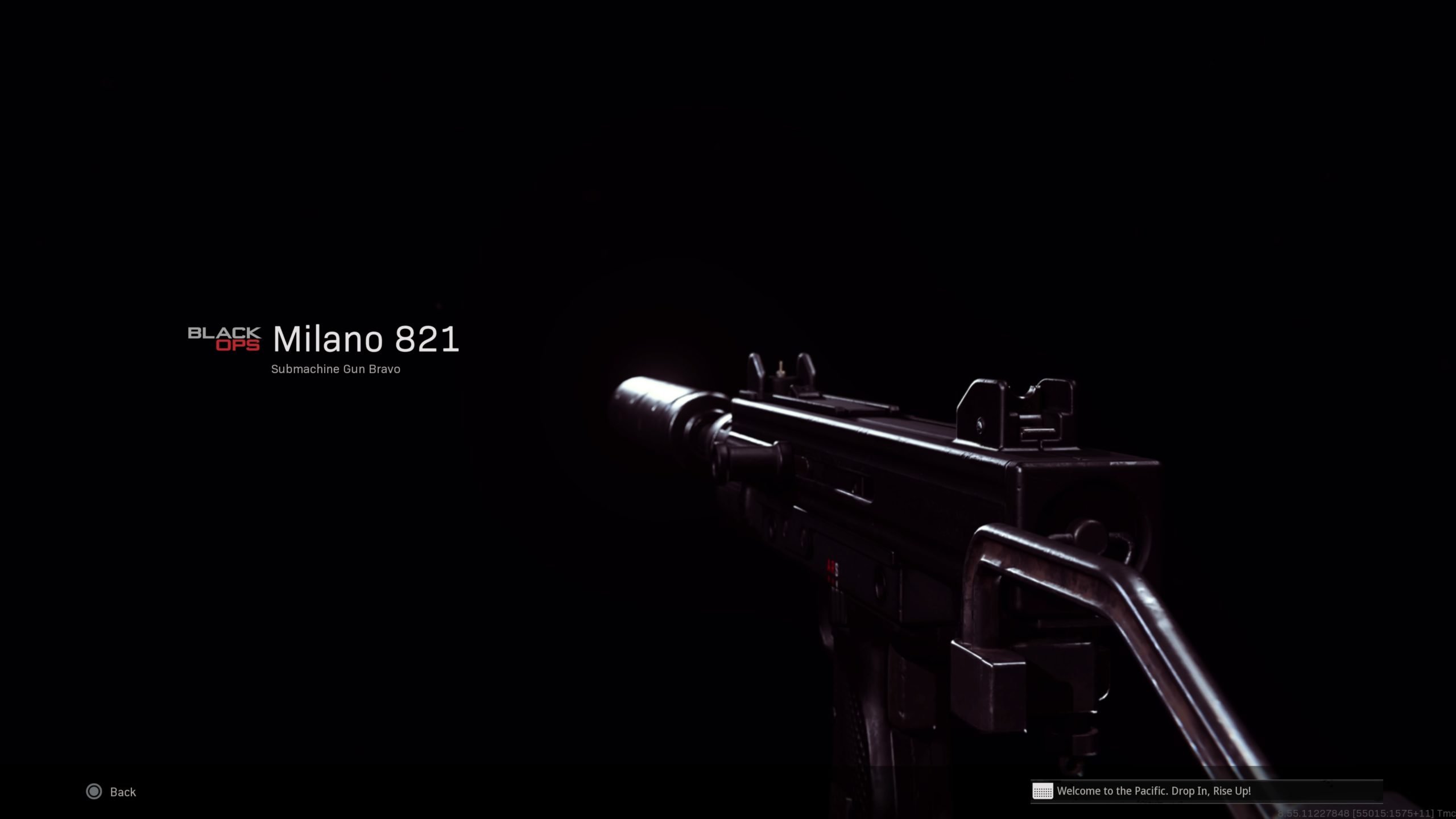 One of the coolest things about Call of Duty: Warzone’s massive roster of weapons is that their popularity and usage rates ebb and flow over time.

An older gun making the rounds recently with its own resurgence (no pun intended) on Rebirth Island is Black Ops Cold War’s Milano 821, one of the 2020 title’s default submachine gun options that’s been in the game for quite some time.

Thanks to the recent focus on Rebirth Island’s smaller location and tighter areas to fight in, Resurgence fans are experimenting with some SMGs of the past—and the Milano 821 has been found to be a decent option in the game.

Here’s the best way to load up your Milano for success in Warzone.

The best Milano loadout in Warzone

This loadout will help the Milano hold its own against other SMG players on Rebirth Island, but it’s also a solid choice in the secondary slot of an Overkill loadout for Caldera as well. It pales compared to the Welgun, Owen Gun, and MP-40, but it’s fun to use.

This set of five attachments will buff the Milano 821’s damage and mobility a bit, but the big buff comes to the gun’s range, allowing it to stand up to some of the more versatile SMGs in Warzone. Where the Milano struggles is its fire rate, especially with Vanguard’s Recoil Booster attachment in comparison.