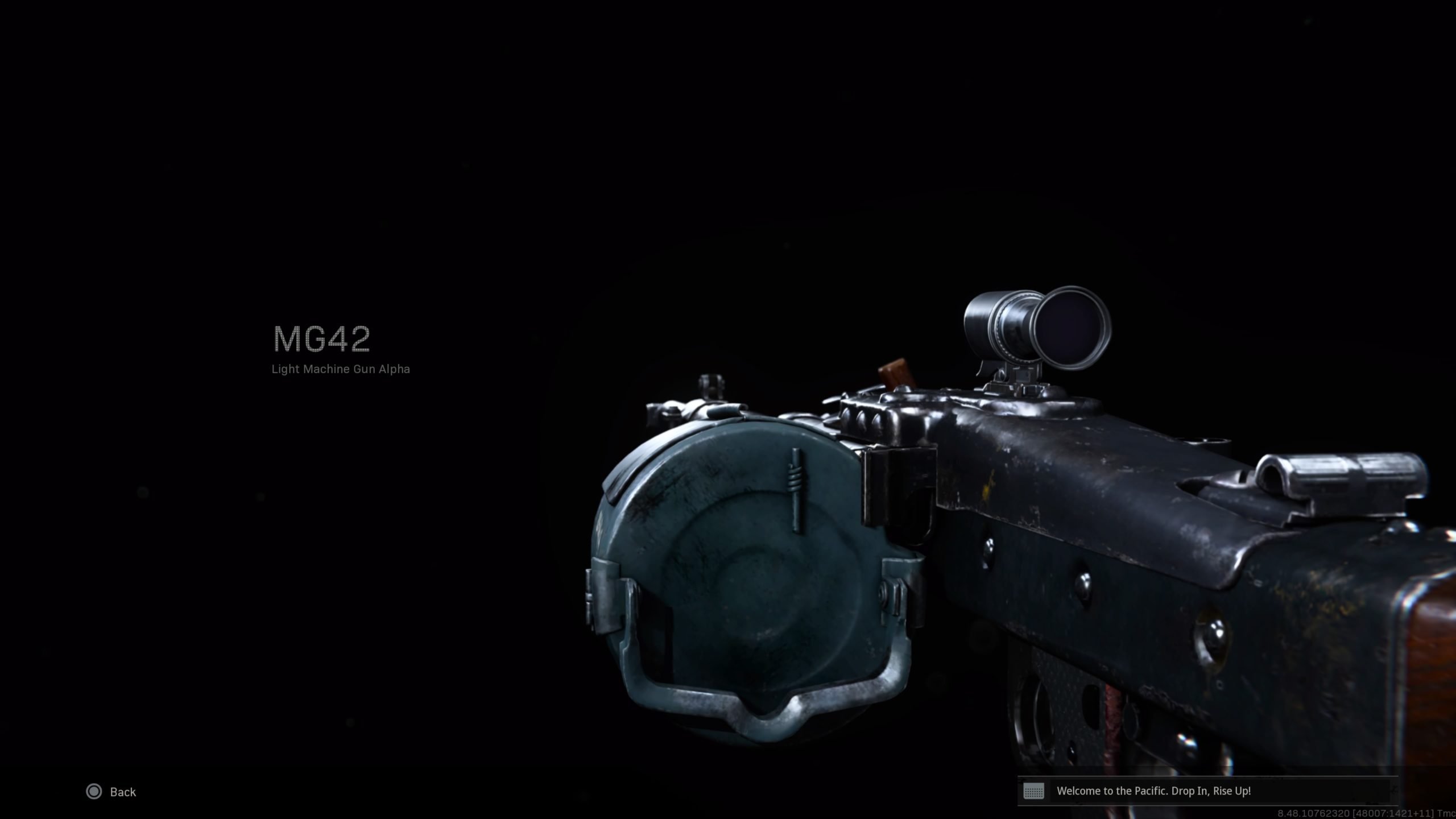 While assault rifles, submachine guns, and sniper rifles often get the most play in Call of Duty titles, light machine guns are beasts in their own right.

With the right set of attachments, an LMG can flourish in Warzone or Vanguard. The MG42 is one of the stronger options for LMGs from Vanguard’s set of weapons added into Warzone in the Pacific update.

The MG42 is a fun alternative to other popular loadout weapons like the Automaton, STG44, MP-40, or Kar98k. It’s worth leveling up if you’re an LMG fan who prefers to post up and hold down the trigger on an unsuspecting squad as opposed to running and gunning with a lighter gun.

Here’s the best set of attachments for Vanguard’s MG42 in Warzone.

Warzone has seen several LMGs dominate its meta throughout the game’s lifespan. Guns like the Bruen Mk9 immediately come to mind. This MG42 is similar in that it has a huge magazine with little recoil, especially for an LMG.

The MG42 just keeps on shooting, which is useful in Warzone when trying to melt down the armor of multiple enemies and finish them off before they have a chance to self-revive. It’s a case of just holding down the trigger until the screaming stops.

With 125 rounds in the mag, this loadout will also buff the MG’s accuracy, range, and control, meaning it could become a mainstay in the primary slot of loadouts all throughout Caldera. The Tight Grip Proficiency is the icing on this borderline-recoilless cake.