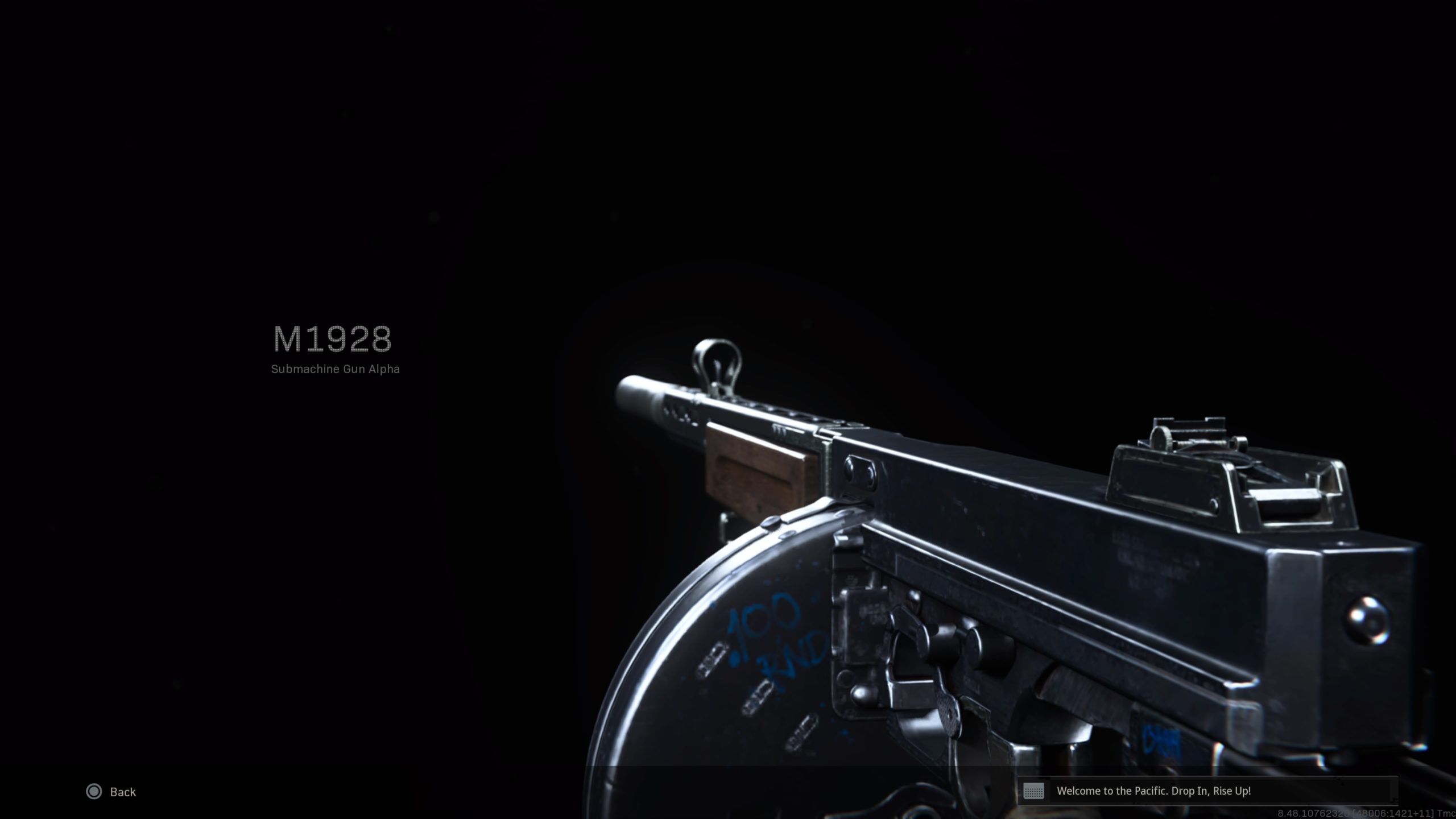 Caldera, Call of Duty: Warzone’s newest map, has been around for a while now and the meta has settled.

Caldera is definitely best suited for long-range guns like the STG44, Automaton, or Kar98k. But there will be situations when enemies push up close or you need to rotate through a village with buildings and a close-range gun is important. That’s where SMGs come in.

One of the new 30-plus weapons added as part of Warzone Pacific is the M1912 SMG, better known as the Thompson or Tommy Gun. The favorite of 1940s gangsters is also a strong option for CQC fights in Warzone thanks to its high fire rate and large magazine options.

Here’s the best set of attachments to run with your M1912 in Warzone.

The wildest addition to the M1912 in this loadout build is the 50 Round Drums. It feels like you can shoot this thing forever, which makes it especially useful in close-range engagements against several opponents.

The Tommy Gun is capable of gunning down multiple enemies, tearing through their armor and finishing them off when downed without ever having to reload. The reload is especially slow with this magazine, though, so use Fleet and Quick to quickly relocate while you load up.

It’s not suggested to ever use this build past close-range engagements, so save pulling this one out for when you’re pushing into buildings, being pushed by enemies, or trying to move as quickly as possible through Caldera’s many long sightlines.