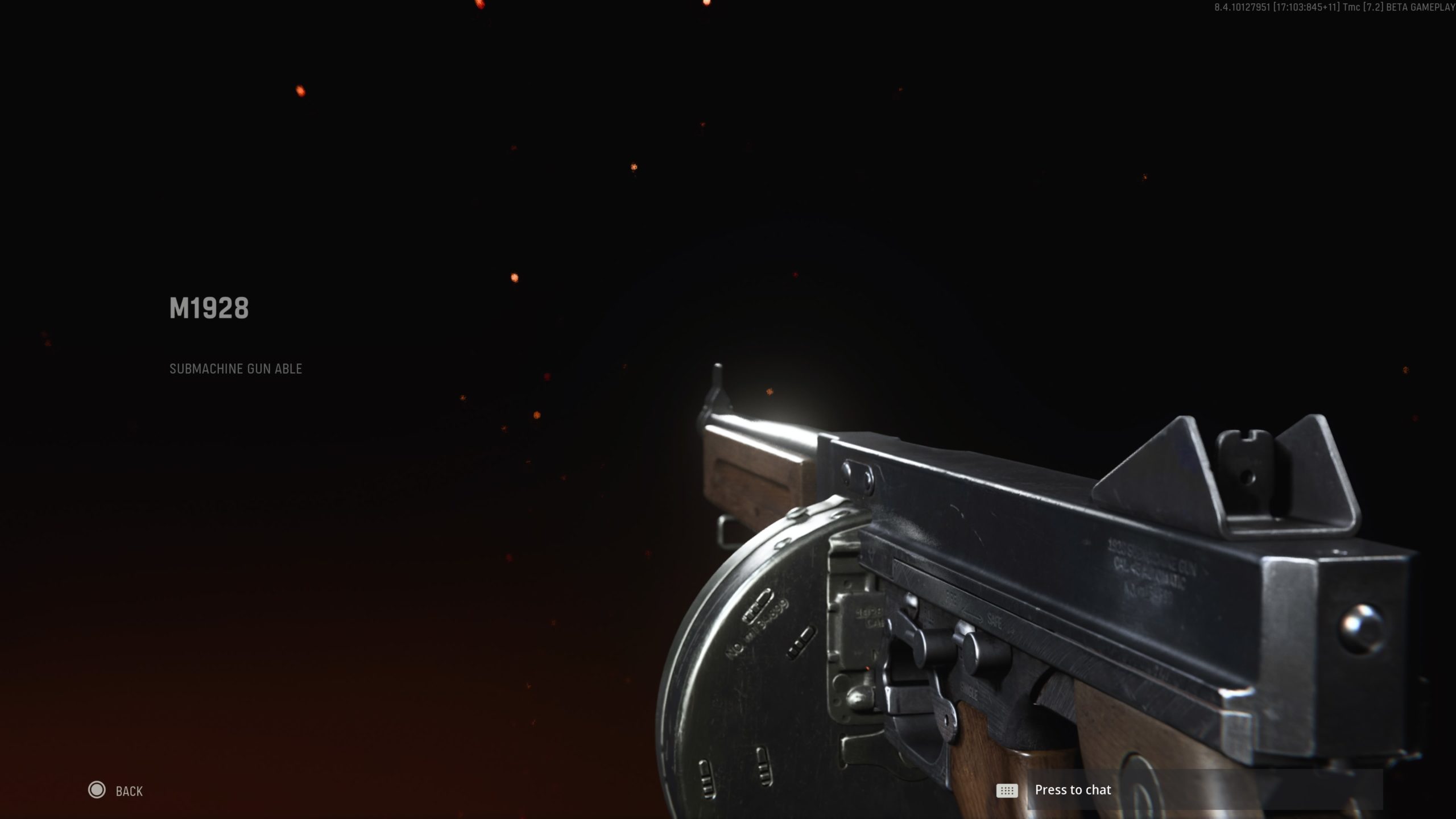 The Tommy Gun is a classic old-time weapon used by gangsters and special forces alike.

In Call of Duty: Vanguard, the Tommy Gun is called the M1928 and it’s one of the first submachine guns you can unlock in the game. The blowback-operated, air-cooled, magazine-fed selective-fire SMG was actually the first weapon to be labeled and marketed as a “submachine gun.”

Although it was invented in 1918 by U.S. Army Brigadier General John T. Thompson, it was used extensively during World War II over 20 years later as well. And rightfully so, it’s readily available in Vanguard as one of the weapons at launch, too.

The M1928 kicks like a mule, there’s no two ways around it. So it’s important to rein in its recoil with the attachments you use in the Gunsmith. This set of 10 should be a good start, allowing you to run and gun with the best of them without worrying about shooting an outline around your opponents.

Vanguard’s blitz pacing playlists are built for this loadout, especially on the smaller maps. The M1928 will struggle at longer ranges against any kind of assault rifle or LMG, but its fast fire rate and even faster movement speed will promote high octane and fast-paced gameplay for anyone.