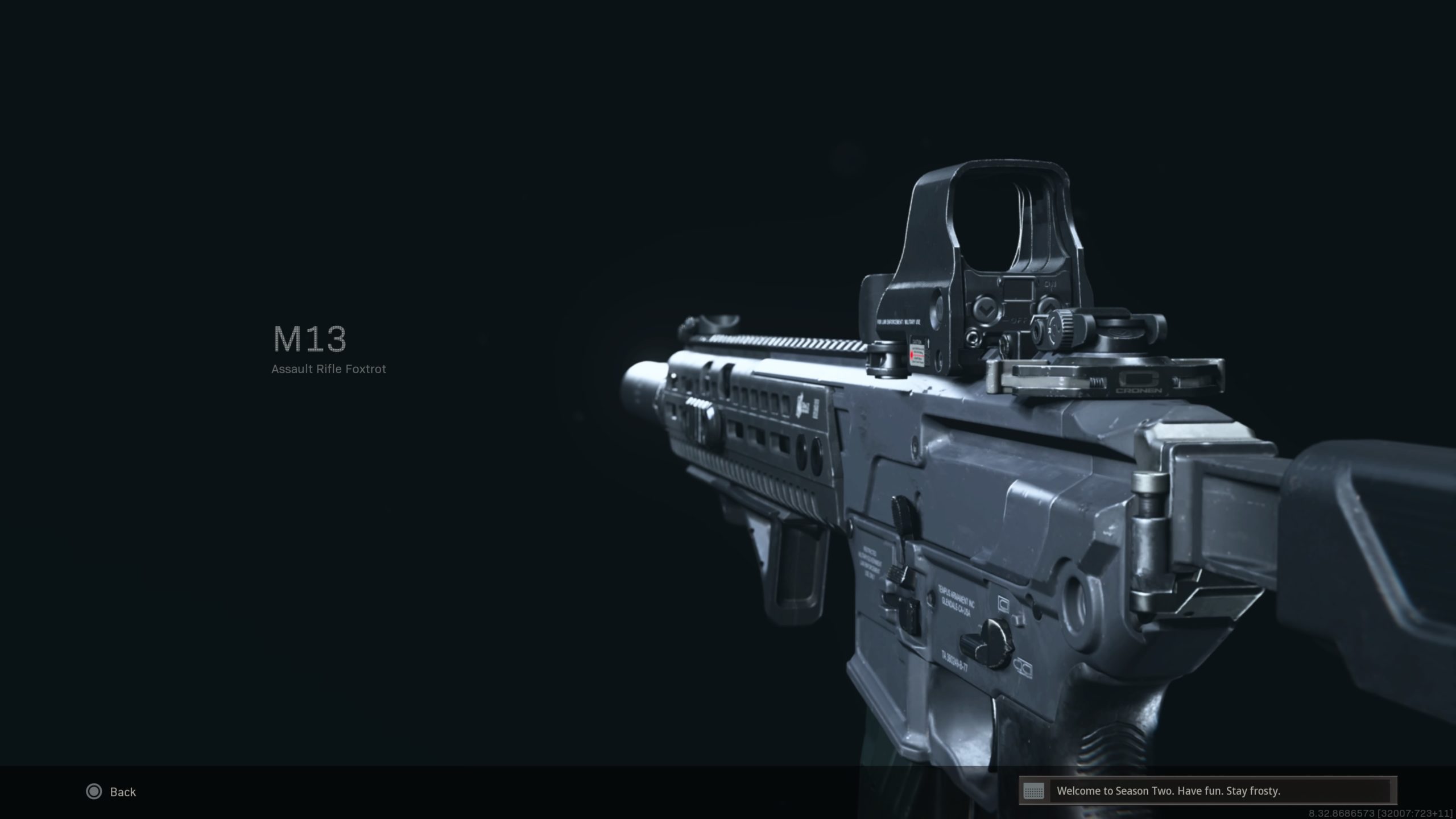 Call of Duty: Vanguard’s weapons are the newer, sexier options in Warzone when it comes to filling up your loadout class. But that doesn’t mean the old tools of the trade aren’t good anymore.

One of Call of Duty: Modern Warfare’s default assault rifles is still formidable in Verdansk and beyond. The M13 is a solid weapon, able to sustain damage and retain accuracy.

Right up there with the M4A1 and Grau, the M13 offers strong damage, accuracy, and range—and the latter two stats can be buffed if you equip a certain set of attachments to help it reach its max potential.

Some players continue to rock the M13 even in 2022. And why not? It still holds its own against some of the newer guns in the game, including those added in both Black Ops Cold War and Vanguard. There’s no shame in using this classic OG gun.

Here’s the best way to equip the M13 in Warzone, even several years after its release on Caldera or Rebirth Island.

The best M13 loadout in Warzone

This is the standard set of attachments for assault rifles in Warzone, so it’s nothing out of the ordinary for any experienced battle royale player.

The suppressor, foregrip, and barrel are all meant to buff the gun’s accuracy and range to help keep it calm and in the fight across the game’s large battlegrounds. The sight is interchangeable depending on your preference, but the M13 will struggle with longer-range scopes.

And of course, the 60 round magazine is meant to keep you shooting until the enemy’s armor is gone and their health is depleted. It’s a necessity, so don’t mess around too much with this set of attachments.