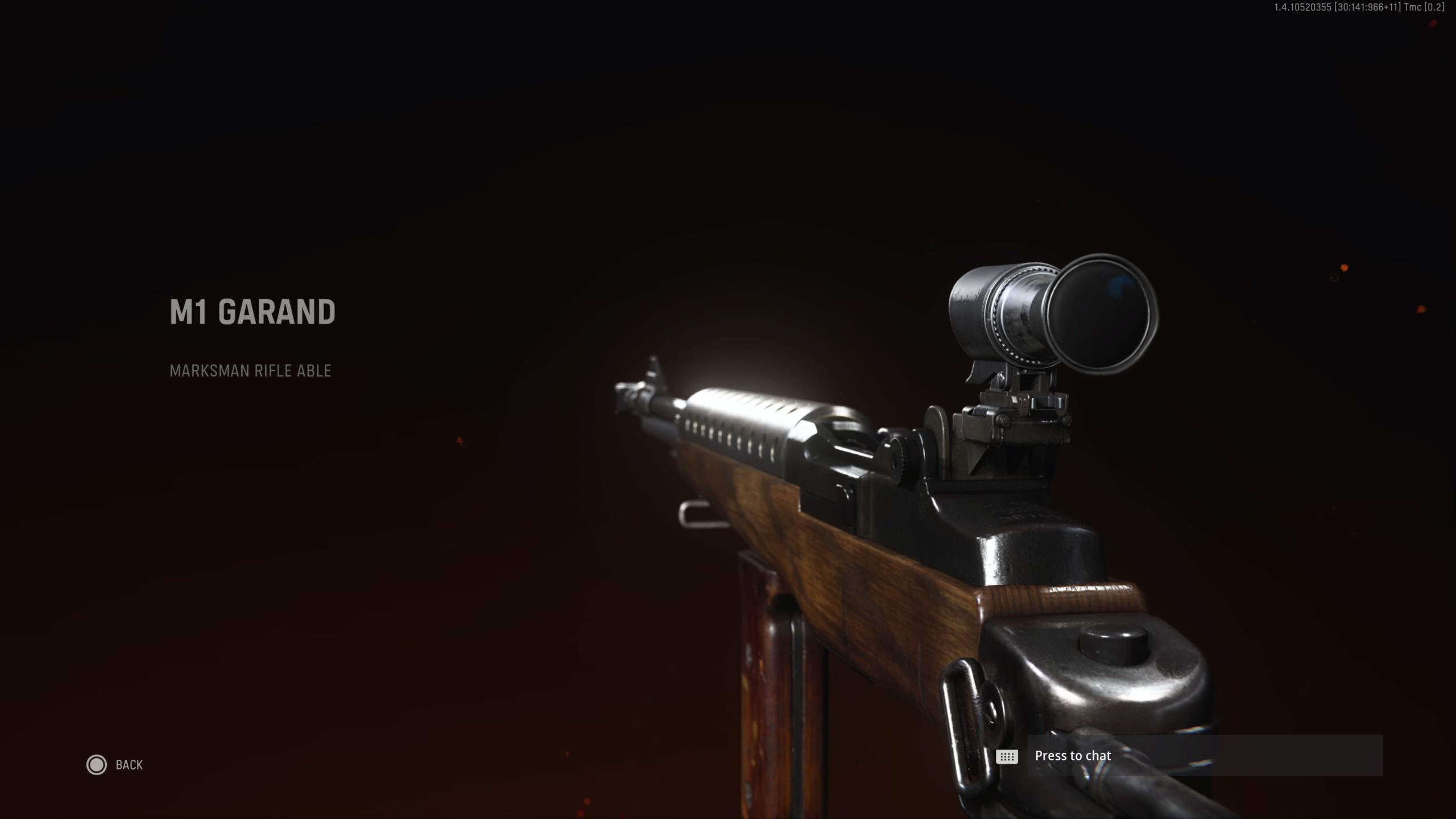 One of World War II’s truly classic guns, the M1 Garand marksman rifle, is of course a mainstay in Call of Duty: Vanguard.

The M1 Garand was the standard U.S. service rifle during World War II, the Korean War, and even saw some usage during the Vietnam War. It was also supplied to U.S. allied forces during the wars and it’s still used to this day by drill teams and military honor guards in America.

The semi-auto rifle is known for its “shing” sound effect when its eight-round magazine is emptied. That sound can still be heard in Vanguard, quite loudly, especially by those close to you when ejecting the clip. Keep that in mind when finishing up your shots.

Here are some suggestions for the Garand’s attachments in Vanguard.

This loadout is a bit of a run-and-gun build. The Garand is tough to suggest due to its small magazine and slow reload, but it’s still a one-to-two shot kill on enemies, especially when using the Vital Proficiency.

The M1 can be turned into a bit of a sniper hybrid, used at long ranges on Vanguard’s bigger maps. It will struggle to keep up with actual sniper rifles, which are usually a one-shot kill in most scenarios, but the M1 is still fun to use.