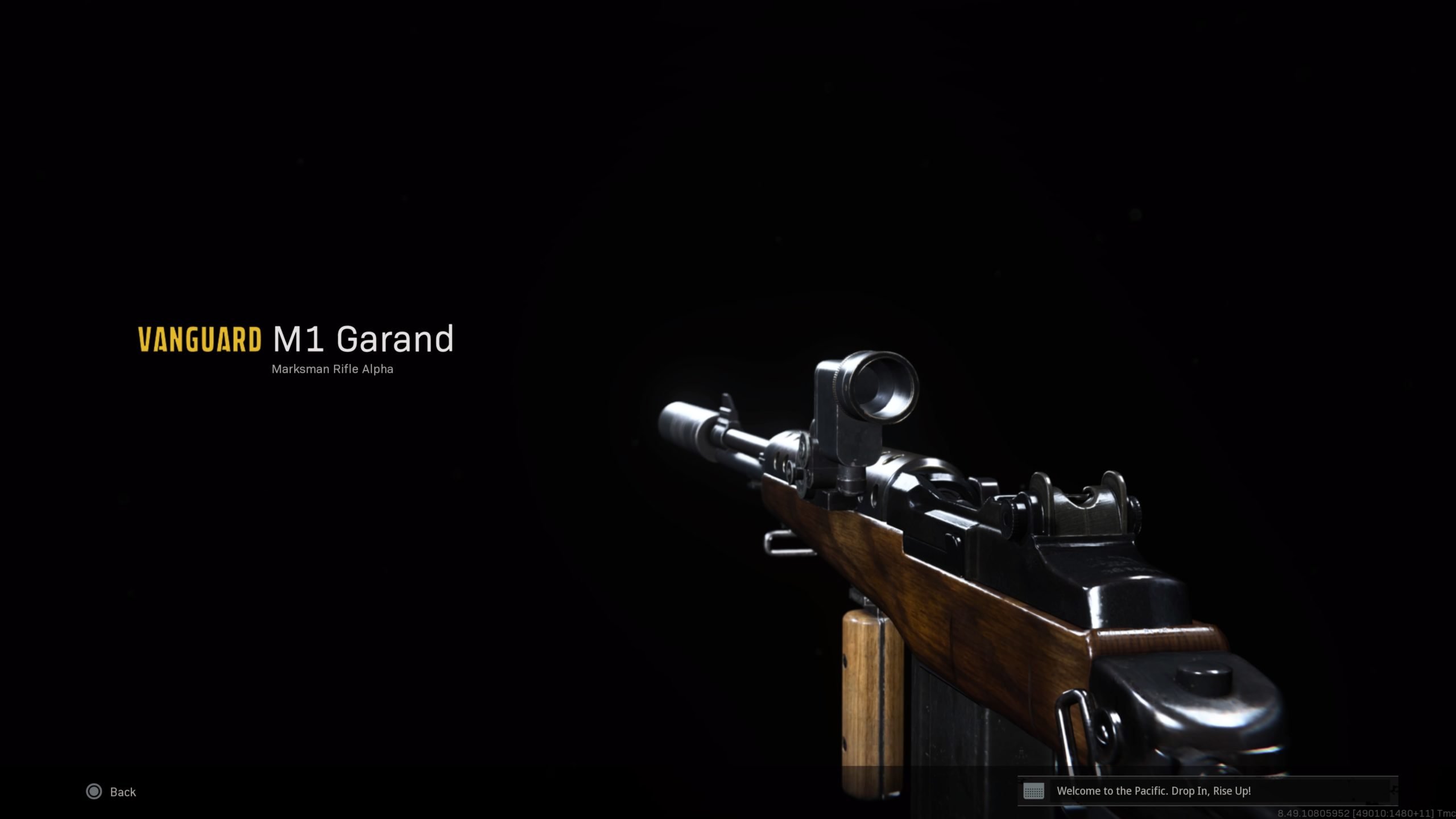 In the many iterations of World War II video games throughout the past few decades, the weapons of the past have become almost as legendary as the war’s heroes themselves. Call of Duty: Vanguard’s campaign and multiplayer highlight both—and now they’re in the battle royale of Warzone, too.

When it comes to marksman rifles in Vanguard, there are only three in the game to start out with. All three are also available in Warzone and the M1 Garand is arguably the best to use in the wide open areas of Caldera to strike down enemy players at long range.

The M1 Garand was a U.S. service rifle used during World War II and the Korean War. It was the first auto-loading rifle for the U.S. and it became a mainstay for decades due to its reliability.

Here’s how to make your own reliable M1 Garand in Warzone.

This M1 Garand build is reminiscent of the Black Ops Cold War tactical rifles that wreaked havoc across Verdansk last year. It’s not quite as menacing, but when it comes to WWII guns in Caldera, it’s one of the better marksman options.

For players who like to snipe from a distance without having to deal with a bolt-action or slow reloads, the M1 Garand is a decent choice. It has to be paired up with a submachine gun or fast-firing AR for close-range assaults, though.

The 4-8x scope is a strong choice in the optic slot, but it’s easily interchangeable with something like a G16 2.5x or SVT-50 PU 3-6x scope depending on a player’s personal preference. What’s most important is the other attachments that buff the M1’s accuracy, damage, range, and control all at once.