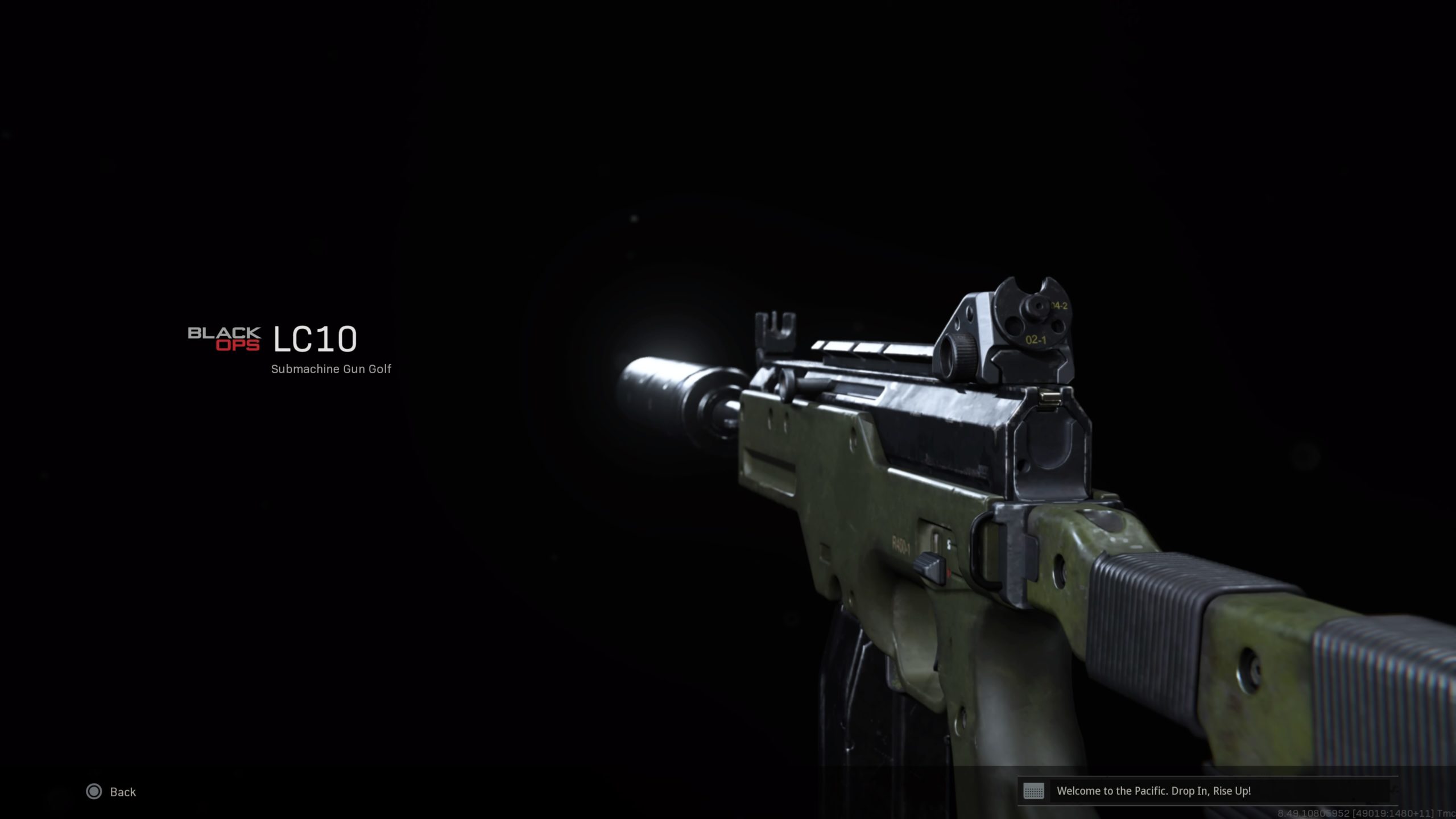 The growling list of submachine guns in Call of Duty: Warzone is full of secret gems like the LC10.

The LC10 was added to the battle royale game alongside Black Ops Cold War’s season two and it’s worth the time and effort to unlock it and use in your loadout. It’s not as strong as some of the game’s newer SMG’s, but it’s still a decent weapon in the fray.

Activision describes the LC10 as a “well-rounded full auto submachine gun” that “grants CQB Operators the ability to stretch fights out into the mid-range on a smaller, agile weapon platform thanks to its solid accuracy and extended effective damage range. Although its damage per shot is on the lower end of the SMG spectrum, its above-average fire rate and lower recoil can prove to be a deadly combination.”

Here’s the best way to equip the LC10 in Warzone.

While this build for the LC10 isn’t quite as good as the dominant MAC-10, it’s just about the second-best option for submachine guns in Warzone as it currently stands.

This LC10 can be paired with any assault rifle in an Overkill loadout to create a solid duo. The attachments buff the gun’s range, mobility, and control, making it stronger in a variety of areas.

The mobility is key, though. This loadout will allow you to move quite quickly throughout the battle royale map, so it’s a good option to switch to when running from cover to cover or trying to chase down kills. Keep it out for close-range engagements and switch to an assault rifle for long-range fights.