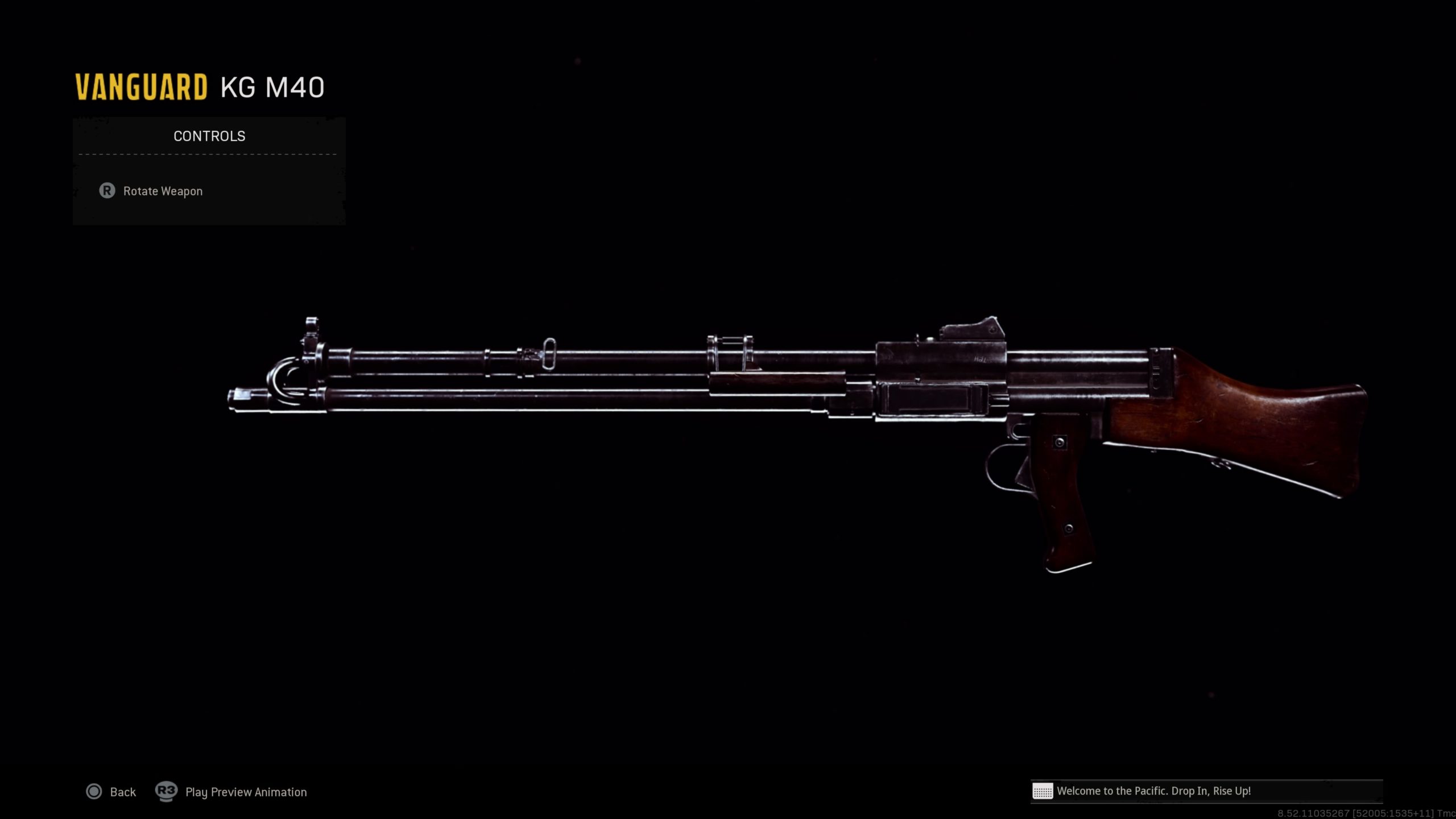 Season two of Call of Duty: Warzone added a new Vanguard assault rifle to its already-existing gargantuan list of options. But thankfully, the KG M40 is worth the time to level up and use in Caldera.

“Boasting the second highest damage per shot in its category, a similar effective range to the NZ-41, and a fire rate above 600 RPM, this weapon can be a strong contender in mid- to long-range engagements,” Activision said. “Its strengths can be fully unlocked when an Operator can control its recoil, a mix of horizontal and vertical kicks like the Cooper Carbine, but with slightly better centering speed.”

There’s still time for the meta to shake out, but for now, top players are leveling up the KG M40 to use it as a primary gun with high range and high accuracy to dole out damage from a distance.

Here are the best attachments to run with in the early days of season two.

The KG M40 is yet another Vanguard assault rifle that deals damage at high range with very little recoil, especially with this loadout equipped. These attachments will highly buff its accuracy and range while penalizing mobility, which isn’t the main point of an AR anyway.

This AR should be paired up with a submachine gun like the Welgun, MP-40, or Owen Gun to swap to when you need to move quickly. Otherwise, pace yourself and pick off enemies at range without much gun kick to speak of.