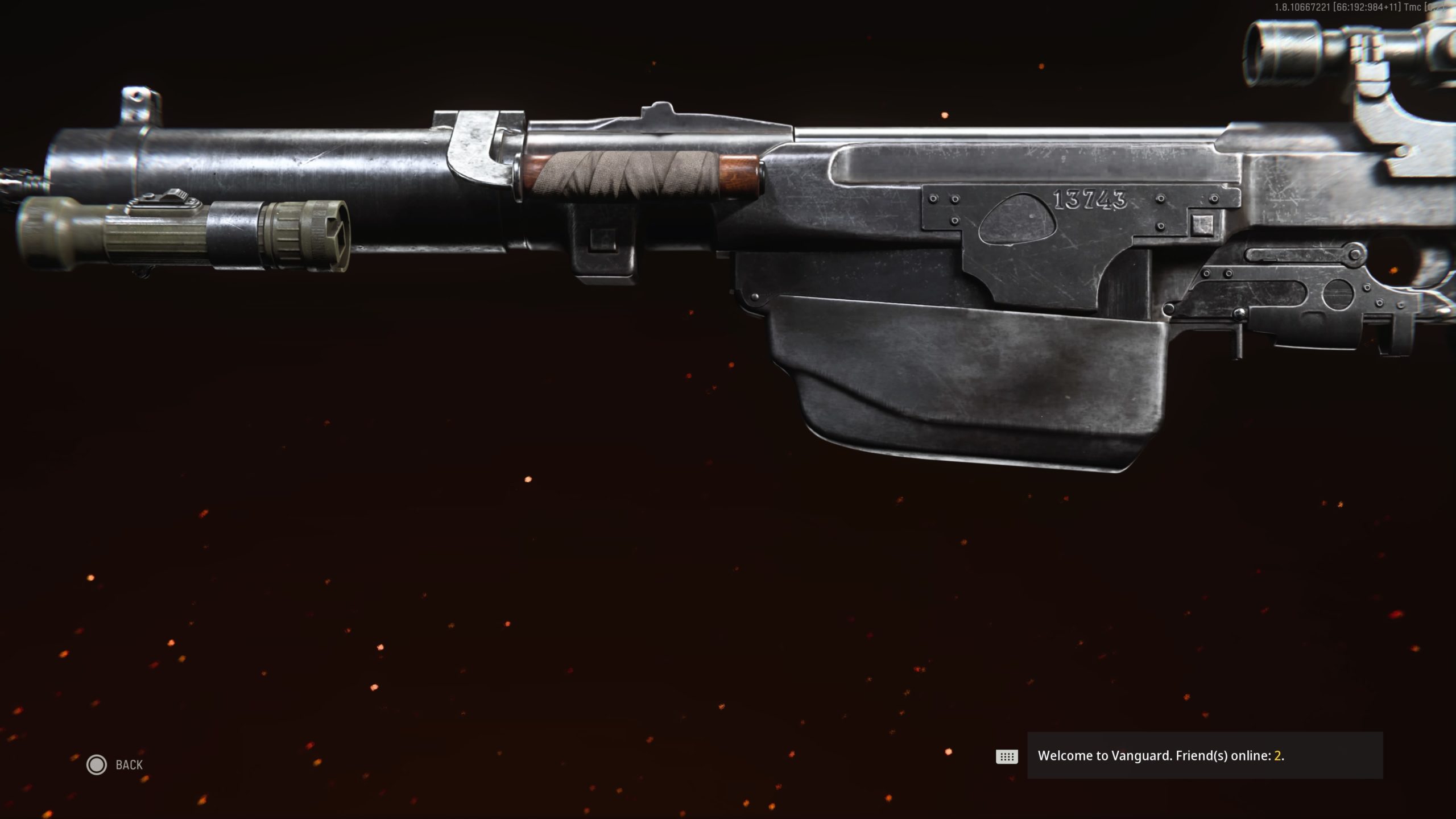 The Gorenko Anti-Tank Rifle may be the biggest, chunkiest, most cumbersome sniper rifle in a Call of Duty game yet.

It’s called an Anti-Tank Rifle because this thing could probably take out a tank on its own. That’s how powerful it is. But it’s as strong as it is clunky and slow, so keep that in mind when trying to move around maps in Vanguard multiplayer with this thing in your hands.

Introduced as part of the season one battle pass, the Gorenko is unlocked at tier 31 in the pass and can be used in both Vanguard and Warzone after that. It’s a one-shot kill to most parts of the enemy body, so it’s fun to use but in specific situations.

Here’s the best set of attachments to use on the Gorenko Anti-Tank Rifle in Vanguard.

The Gorenko is always going to be slow and clunky, so the best thing to do is try to accentuate its other strengths. It’s powerful, so let’s keep that in mind by buffing its accuracy a bit because this thing also kicks like a mule.

If you can hit an enemy in the waist or above, it’s pretty much a one-shot kill. You won’t need to rely on too many follow-up shots, which is great because the Gorenko’s vertical recoil is actually quite astounding. It’s like an older CoD’s Barrett .50 Cal turned up to 11.

Quickscopers need not apply when it comes to the Gorenko. QS-shots can be done, but it’s pretty difficult with how clunky this thing is, even with buffed aim down sight speed. Stick to the outskirts of maps to pick off enemies at range for this one.