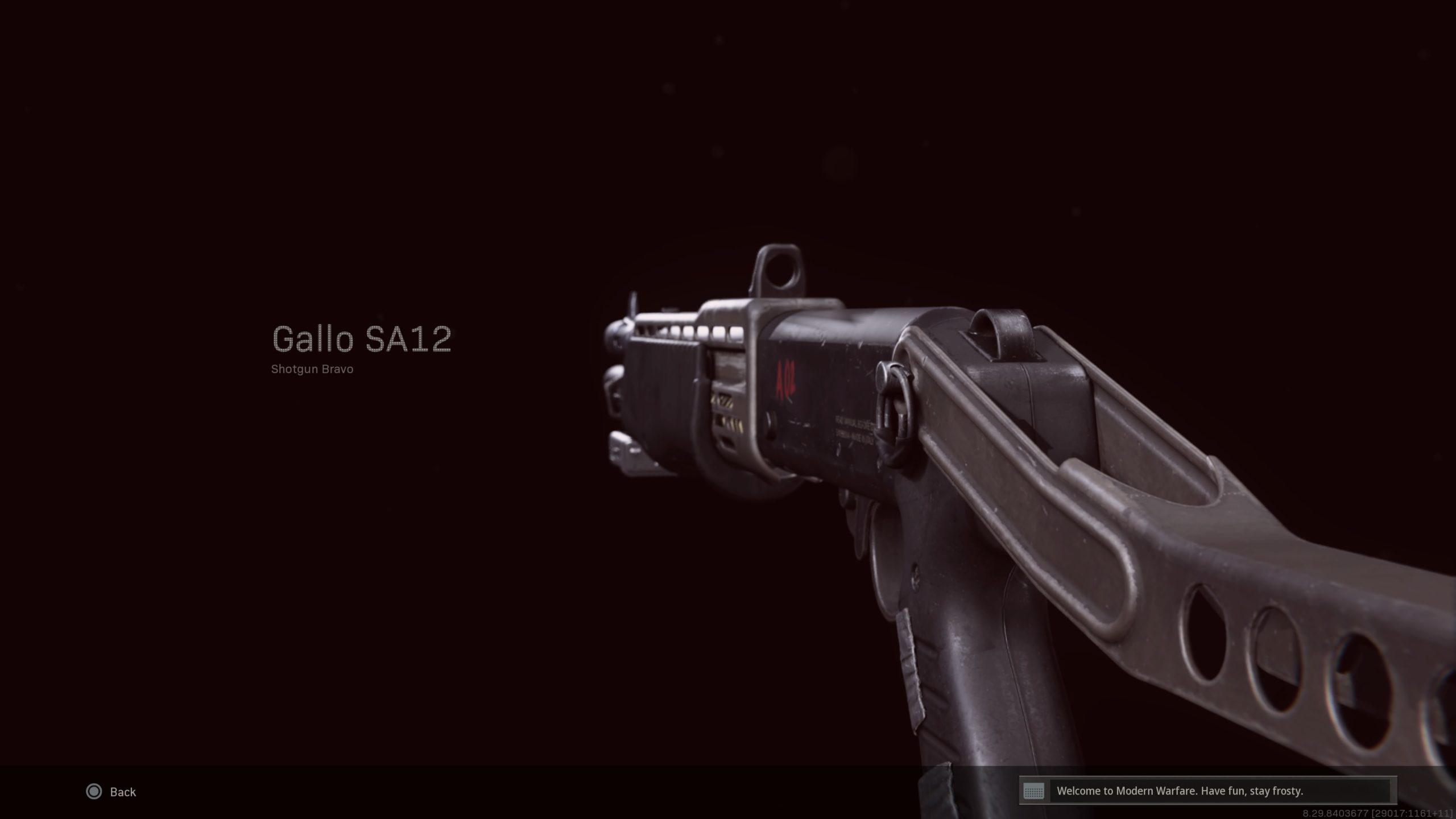 Longtime Call of Duty: Warzone players will remember, and likely shudder at the thought of, previous metas dominated by shotguns.

Who can forget the “doof-doof” double-shot Dragon’s Breath meta where entering any building in Verdansk meant you could be cut down instantly? With Black Ops Cold War adding multiple shotguns to the game, it’s happened again, especially with the Gallo SA12.

While the Gallo isn’t quite as dominant as something like the R9-0 was, it’s still a powerful weapon in the right hands. It’s semi-automatic, but it can be fired very quickly, allowing you to sustain fire on an enemy until they’re headed to the Gulag. Many players like to pair it with a Riot Shield for maximum, uh, effectiveness.

Here’s the best way to equip the Gallo SA12 in Warzone.

The best Gallo loadouts in Warzone

One of the favorite Gallo builds for players is this one which focuses on buffing the weapon’s accuracy, range, damage, and fire rate all while sacrificing a bit of mobility. It’s worth it in the end, because this Gallo will chunk enemy plates down with swiftness.

This loadout buffs the Gallo in a big way. It adds accuracy, damage, range, fire rate, and mobility all at the same time, with only a slight negative in the control category.

You’ll need to hit an enemy multiple times with the Gallo to chunk them down, which is the shotgun’s big negative point. Since you can fire it so quickly, it’s balanced to the point where it won’t finish someone in one or two shots.

But with the Gallo’s superior range, the damage is just fine. And with the SWAT laser sight, it can be hip-fired with ease, too. Pick one up and head into Verdansk’s tight spaces and see how you fare.