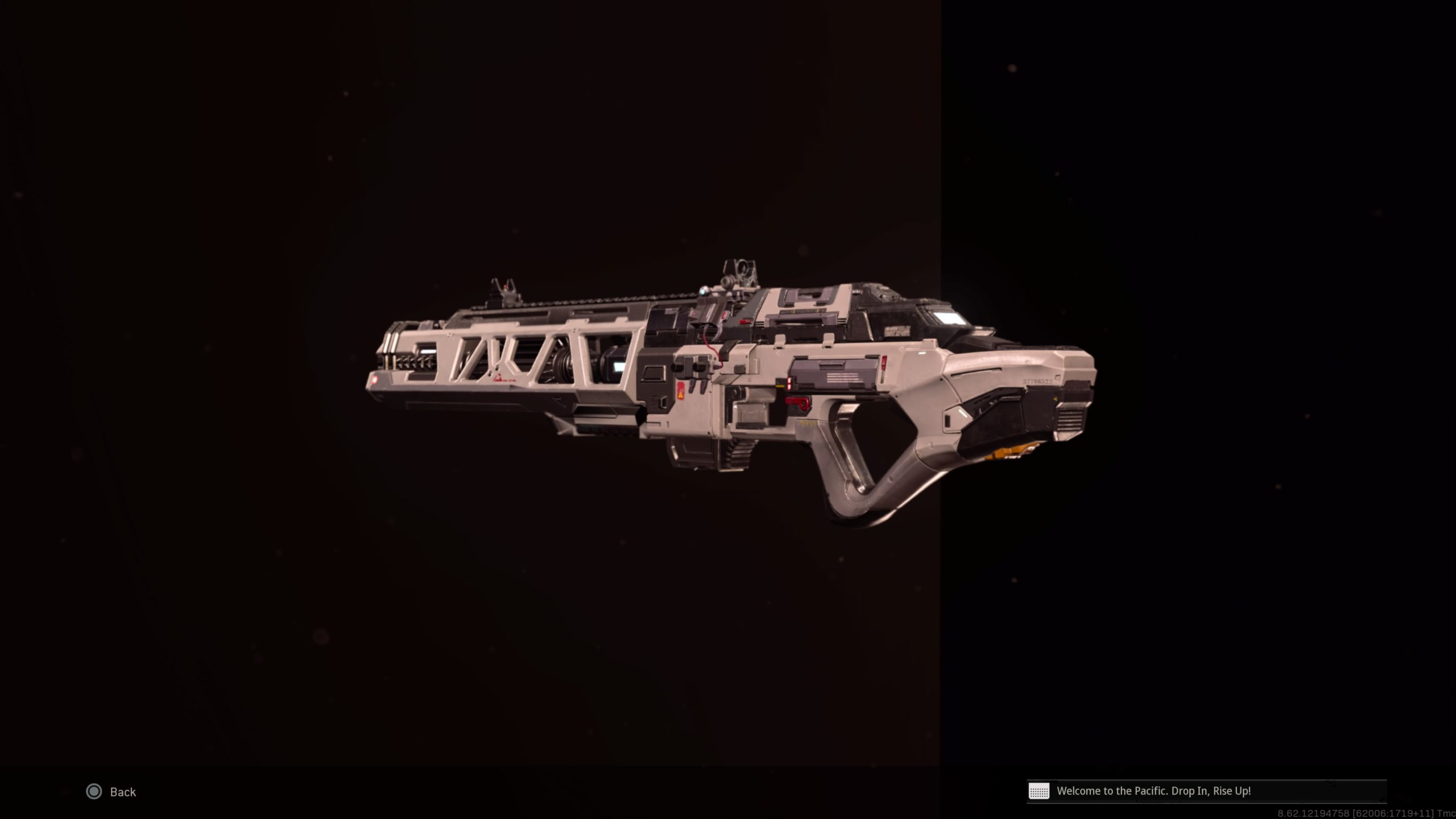 An energy rifle from a jetpack Call of Duty game is now available in Warzone.

The EM1 was a favorite in Advanced Warfare, a game set in the distant future when compared to Warzone Pacific’s World War II setting. You can now use it online in battle royale once it’s unlocked from tier 15 of the season five battle pass.

“This prototype Energy Rifle leaves behind traditional ballistics in favor of a customizable battery system used to power its attacks,” Activision said. “Effective at long range, the weapon requires a cooling off period after depleting its charge capacity. You don’t have to worry about running out of ammo, but get caught during the reload and you’re in trouble.”

Here’s the best set of attachments to equip on the laser rifle in Warzone.

The best EX1 loadout in Warzone

This setup is your best bet when equipping the EX1 for success in Warzone and turning yourself into a futuristic soldier who’s somehow found their way into the World War II era. Have some fun with its relentless ability to fire over time, especially when adding on the Royal-PV Cell Reserve Battery attachment in the Magazine slot.

This weapon is, obviously, unlike anything else in Warzone. Ripped from the Call of Duty multiverse and thrown into Caldera, the EX1 doesn’t quite have a place in the meta just yet. But that could change over time.

The EX1 is plain fun to use, if only for the fact that it’s so different from everything else in the game. Accuracy will be rewarded big-time with this gun, but don’t be surprised when you’re outgunned by something like the UGM-8 or STG-44 during the waning months of the summer of 2022.