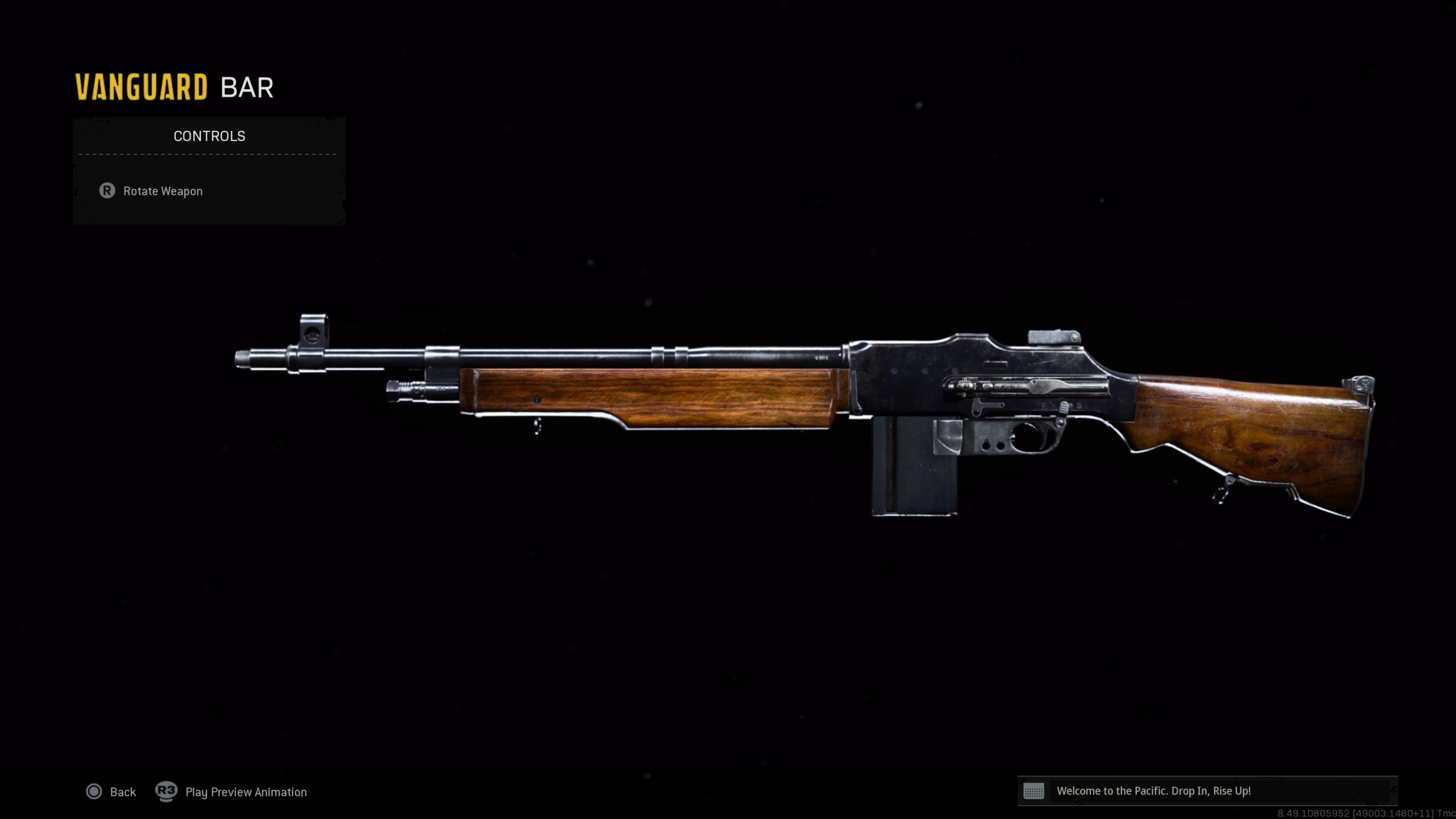 With 30-plus weapons added to Call of Duty: Warzone’s arsenal with the Pacific update, there are plenty of new options to run with on the new map, Caldera.

One of those options is a classic World War II rifle added from Call of Duty: Vanguard, the BAR. The high damage AR is a popular choice among Warzone players everywhere, and with good reason.

The BAR, or Browning Assault Rifle, was used by American forces during World War II. Now it’s entered the fray in Caldera and it’s a fun option in the assault rifle slot for Warzone players looking to gain an edge.

Here’s the current best set of attachments for the BAR in Warzone.

Like in Vanguard, the BAR fires slowly but hits hard. This is conducive to long-range encounters in Caldera, but not so much up close. Stick with submachine guns in your secondary slot for when things get up close and personal.

But as for the BAR, this thing packs a punch. Staying at range is important because the BAR’s fire rate won’t lend well to fighting against guns like the Automaton or any of the game’s submachine gun options.

Luckily, Caldera is a big place with lots of long sightlines, so there’s a good place for this weapon in the Warzone meta. Once you get used to the lower fire rate, it’s a ton of fun when used with this set of attachments in the right situations.