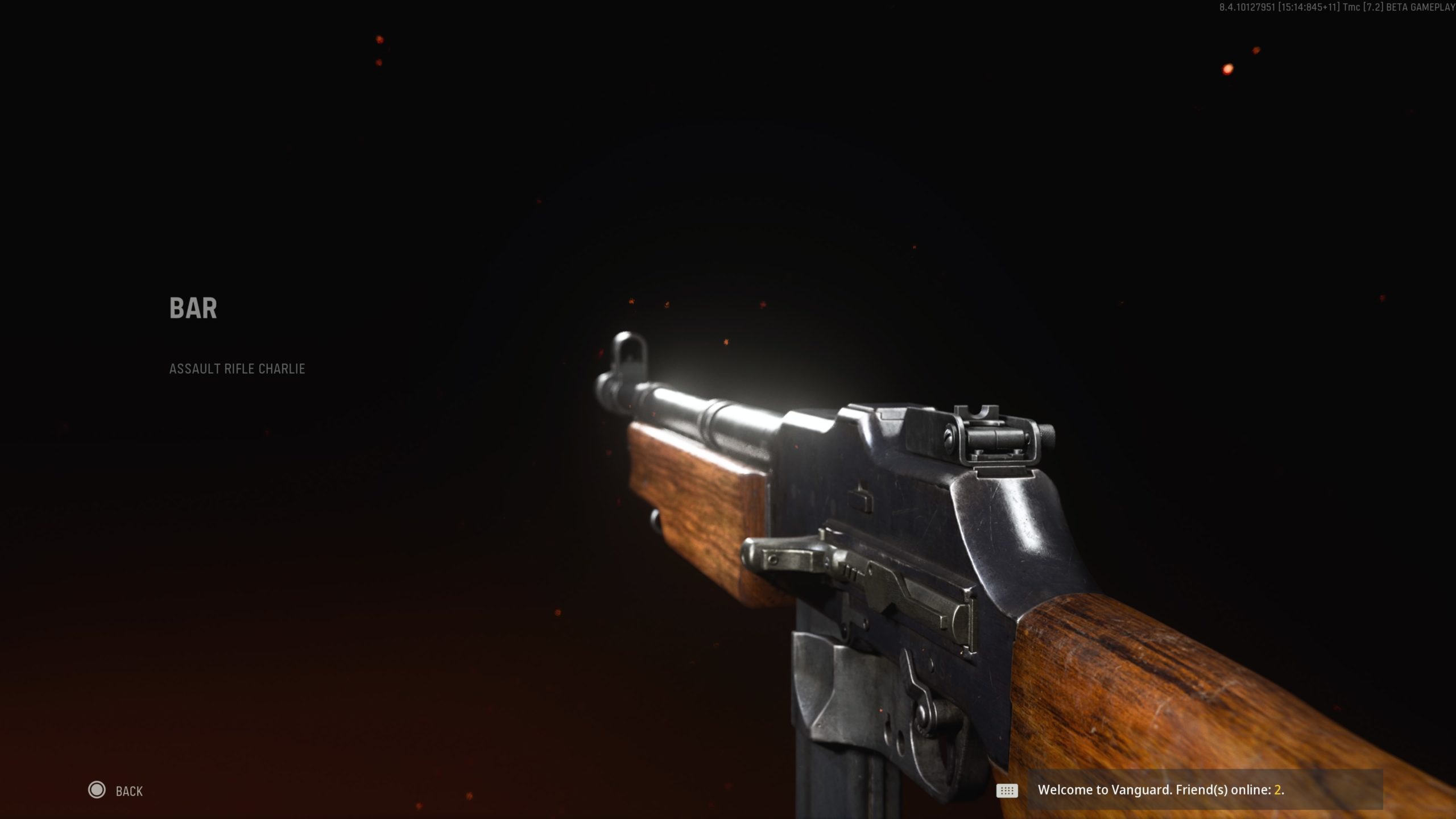 World War II’s nostalgic selection of guns is on full display in Call of Duty: Vanguard, the 1940s-era first-person shooter from Sledgehammer Games.

The full slate of weapons is there in Vanguard, including the BAR. BAR stands for Browning Automatic Rifle, a weapon that was used by American forces during WWII, with other variants of the gun used around the world throughout the 20th century.

The BAR is a slow-firing, hard-hitting rifle that’s on the borderline between an assault rifle and light machine gun. It’s slow and clunky but very powerful and should find a home in the hands and loadouts of certain players worldwide in Vanguard.

Here’s the best way to equip the BAR in CoD: Vanguard.

Adding these attachments to the BAR has the potential to turn it into a weapon that kills enemies in just a handful of shots, three or four, depending on where you’re hitting them. There’s no getting around the BAR’s slow fire rate, even if you try to boost it with certain attachments, so your best bet is to accentuate its strengths.

This kit will upgrade the BAR’s firepower and lower its accuracy, so it’s not exactly a weapon you want to run and gun with. This build is for AR players who like to anchor positions, and even mounting up on a wall or a head-glitch will be especially beneficial for this loadout.