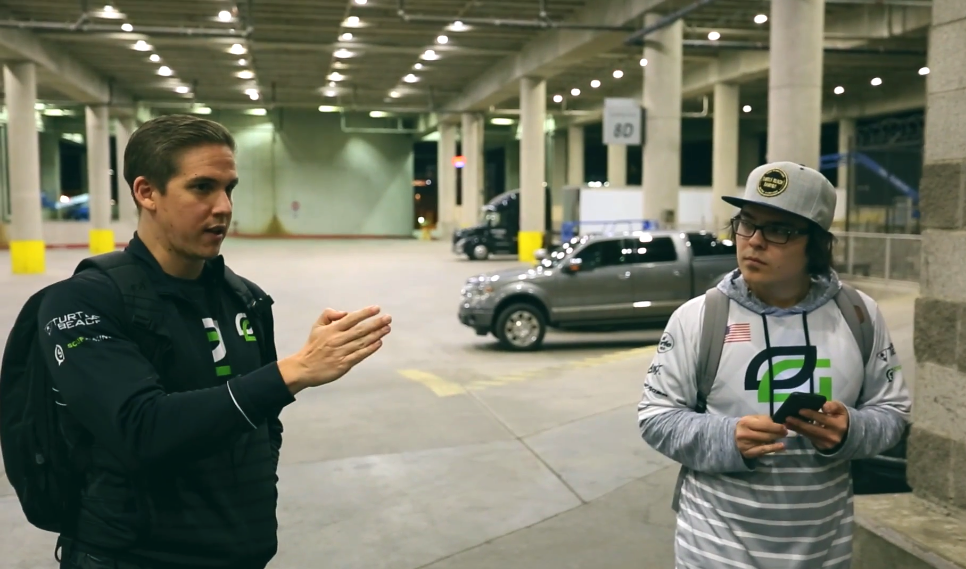 Tyler “TeePee” Polchow is coming back to OpTic Gaming in a big way, but this time around, he’ll be filling a different role for the Green Wall.

TeePee is now the head coach of OpTic Gaming’s Call of Duty: WWII team. The former analyst, who recently decided to pursue other opportunities, announced his new role in the latest episode of OpTic’s YouTube series, Vision.

Related: TeePee won’t be an analyst at CWL Dallas or CWL New Orleans

“Basically, things with MLG didn’t work out on the commentating/analyst side of things,” TeePee said on OpTic’s most recent Vision episode. “I feel like I can bring something to the team that they never really had before—that neutral voice and level-headed guy that’ll help them improve on certain game types when they do have those heated disputes.”

TeePee will help out on the analytical side of Call of Duty for Seth “Scumpii” Abner, Matthew “FormaL” Piper, Ian “Crimsix” Porter, and Damon “Karma” Barlow.

This news confirms rumors at CWL Dallas that TeePee would be joining the world champions, mostly because he sported OpTic apparel at the early-December event. The last time he officially represented the Green Wall at an event was in 2015, when he competed with OpTic Nation alongside Karma, Adam “Killa” Sloss, and Marcus “MiRx” Carter.

TeePee can be seen in action for the first time at CWL New Orleans from Jan. 12 to 14.