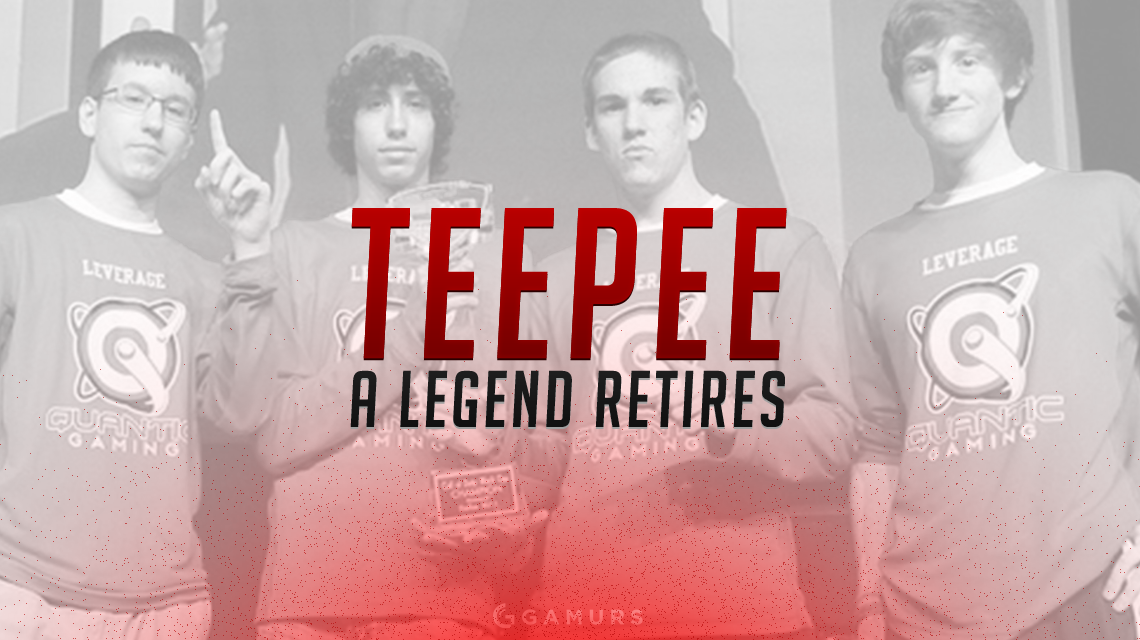 Let’s travel back in time and take a look at where this legend started. Tyler “TeePee” Polchow, also known as Teep, has been competing at a professional level since Call of Duty®: Modern Warfare 2 under a brand called Leverage. This is where he met the most infamous and fabled duo in Call of Duty history, Patrick “ACHES” Price.

They flew under the radar at first, getting some upset wins at both the MLG Online tournament as well as at the LAN National Championships, however these were still the early days of this man’s fantastic career.

Call of Duty®: Black Ops was next up and the duo found themselves under the Quantic Leverage brand. TeePee and his squad achieved an admirable three tournament wins, including a victory at MLG Dallas 2011, the first MLG Pro Circuit LAN in Call of Duty history. However, the next chapter of his life would catapult him to unimaginable heights.

Call of Duty®: Black Ops II rolled around and with the release of this game came a few roster changes and a new organisation. TeePee found himself on a team with his duo ACHES, as well as Ian “Crimsix” Porter and James ”Clayster” Eubanks under the organisation compLexity Gaming. If there was one video in the entire archive of compLexity wins that would sum up their talent and mental fortitude, it would be the Fall Invitational Grand Finals against OpTic Gaming. If you do not know what happened, click here to watch this truly insane accomplishment.

To put it into perspective, TeePee and his team were so dominant, they won six out of the last seven tournaments for Black Ops II. This insane streak continued into the new game, Call of Duty®: Ghosts, where they would once again win the first three tournaments, including the 2014 Call of Duty Championship.

At this point leading into UGC Niagara, TeePee was considered by all in the competitive scene as one of, if not, the best player in the game. Although his role throughout most of his Call of Duty career was the objective player, his ability to switch into a main slayer was unmatchable by anyone else in the scene. To see the man in action, check out one of his older videos here against a very strong Strictly Business squad.

After UMG Philadelphia, the team made a roster move, picking up Damon “Karma” Barlow to take Clayster’s spot. Also, follwoing UGC Niagra 2014, the new roster shifted to the Evil Geniuses organisation. However, this would not stop their reign of terror as they would once again win another two tournaments on the trott, taking the number one seed in the MLG CoD League Season 2 and crushing their opponents at MLG Anaheim.

These were sadly the last true highlights of his career. Gfinity 3 was around the corner and they failed to even place in the money at that event. Shortly after that, Evil Geniuses announced that they would not be attending UMG Dallas 2014 because Karma was becoming a father. After an internal breakdown of the team, they all decided to go their separate ways at the end of Ghosts, spelling an end to the coL/EG dominant dynasty.

Unfortunately, TeePee’s career went into a downward spiral during Call of Duty®: Advanced Warfare. He found himself on multiple OpTic Nation rosters that all failed to achieve a good placing at any event. He even found himself on the European TCM lineup along side one of the world renowned best players from the EU region, Jordan “Jurd” Crowley in the Pro League, however even that failed him.

To begin Call of Duty®: Black Ops III, TeePee played the first season of the Call of Duty World League for Team EnVyUs, but after a disappointing first season, the team disbanded. To begin Stage Two of the CWL, TeePee joined Luminosity Gaming, but the team has struggled as of late, which caused the organization to consider a roster change.

After all that, here we are. Tuesday, May 24, 2016. Earlier today, TeePee has decided to hang up his controller after Luminosity chose to replace him in the starting lineup with Anthony “NAMELESS” Wheeler.

It is always a sad day to say goodbye to a member of the Call of Duty competitive community, especially one who has been in it for around six years. However, Teep has confirmed he will still be on his YouTube grind and even possibly try to cast at some events in the near future. To read the official TwitLonger post on his retirement, click here.

What do you think about TeePee’s decision to retire? For the latest Call of Duty news and more, make sure you follow us on Twitter at @GAMURScom.