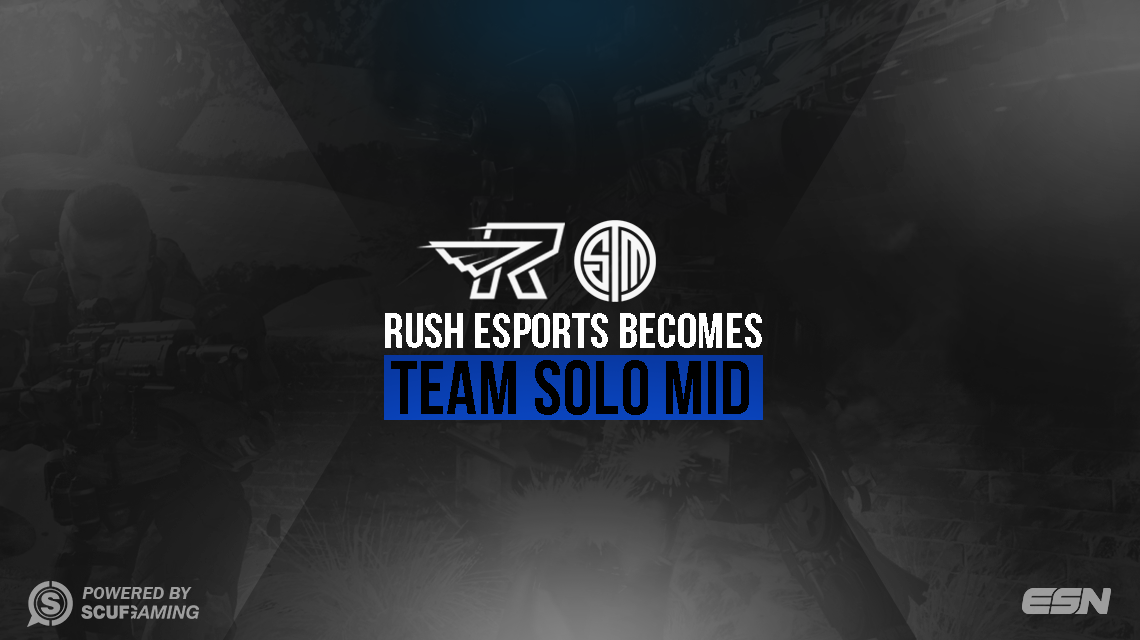 Leading up to the start of the Call of Duty World League , Rush eSports , formerly known as Team Question Mark, was the only team without an established organization to represent. Much of the community was surprised by this with gigantic eSports teams such as Counter Logic Gaming and Luminosity Gaming acquiring a roster for the Call of Duty®: Black Ops III season.

Now, Team SoloMid has joined the scene as they just announced their acquisition of the Rush eSports organization and roster.

After playing under TQM for the first two weeks of the CWL, TQM announced the formation of Rush eSports with Jordan “ ProoFy ” Cannon and partners as the co-owners of the company.

Rush surpassed the community’s expectations after not practicing for close to a month before the CWL by ending week four in a three-way tie for fifth place at 4-4.

With such a talented team, it’s no surprise that big eSports organizations came sniffing. Team SoloMid was able to capitalize on this situation by coming to a merger agreement with Rush eSports effective immediately.

It is important to note that Rush eSports as a whole was acquired and not just the CWL roster. When asked about the length of the player contracts, TSM stated that they are fully committed to staying in the Call of Duty community long-term.

“We get to introduce the TSM fans to a well-traditioned Call of Duty team,” ProoFy said. “We’re in a good place and everyone is extremely excited.”

With companies such as Logitech, GEICO, HTC, HyperX and more supporting the TSM organization, it’s no shock that the team will be able to accomplish more throughout the rest of the year, including the possibility of a team house in the near future.

Delane Parnell , co-owner of Rush eSports, expressed this testament in closing. “We’re excited to join Derek and the rest of the TSM organization and we are thrilled to be a part of such a wonderful team for UMG South Carolina and the rest of the CWL season.”

What do you think about Team SoloMid’s acquisition of Rush eSports? Let us know b y commenting below or tweeting us @eSportsNation .