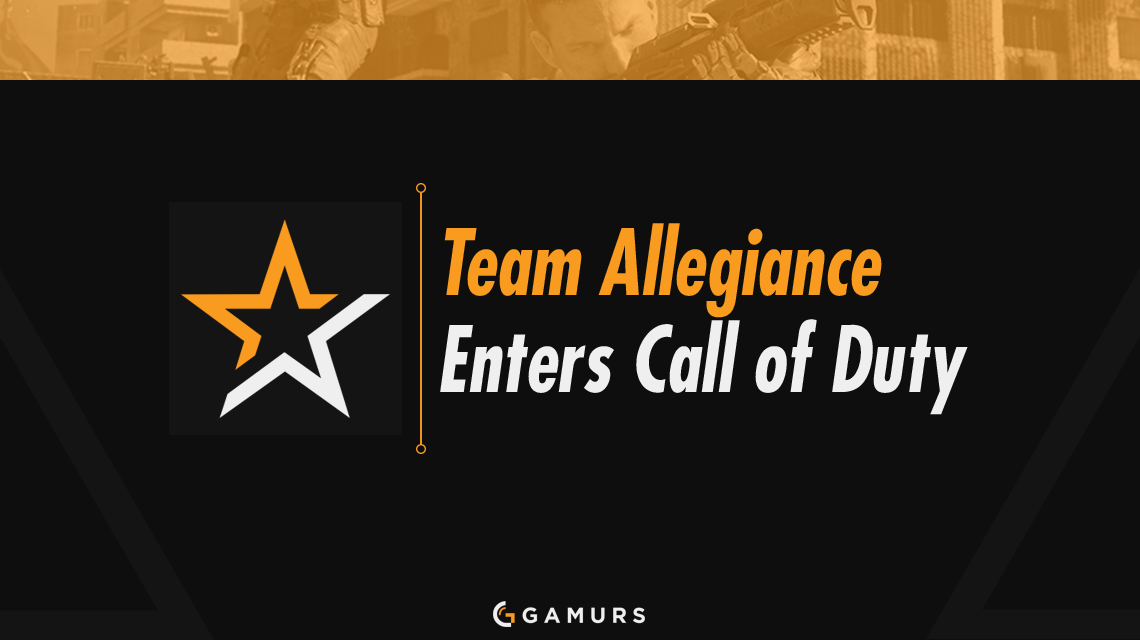 Earlier tonight, Team Allegiance announced that it is entering the Call of Duty scene after signing a roster to compete at MLG Orlando 2016. Their first roster for Call of Duty®: Black Ops III will consist of Steve “Mochila” Canle, Matthew “Royalty” Faithfull, Remington “Remy” Ihringer and John “Xotic” Bruno.

We’re happy to announce the signing of our own Call of Duty squad! Help us welcome them to the org #PledgeAllegiance pic.twitter.com/7LttjfDhQ0

As an organization, Team Allegiance entered the esports scene with their first Halo team on Oct. 25, 2015, most notably placing second at the 2016 Halo World Championship, as well as earning a bronze medal at the 2016 X Games Aspen.

As for the newest members of this organization, Royalty and Remy both most recently played for Hundred Thieves, where they had a disappointing performance at MLG Anaheim 2016, with a top-20 placing. Although Remy did not finish Stage Two of the Call of Duty World League with Hundred Thieves, him and Royalty both contributed to the organization’s last place finish during the regular season.

Mochila, a veteran in the Call of Duty scene since Call of Duty®: Black Ops, recently played for Team Lethal at Anaheim, where he was able to help lead that team to a top-12 finish. Prior to that, Mochila was a key component on the Cloud9 roster that defeated Counter Logic Gaming in the CWL Stage One Relegation Tournament. This makes Mochila one of the four players on the first professional Cloud9 Call of Duty team.

Finally, Xotic is a newcomer to the Call of Duty community, most recently playing under Team Kaliber at Anaheim, where he finished the event with a top-36 placing. Not much is known about Xotic, but the other three players on this team must have a lot of confidence in him if they are playing alongside him at Orlando.

Glad to be uner this amazing Organization @TeamAllegiance with these fine lads @Mochila @eLevateRemy and @SaugaRoyalty. Orlando here we come

Despite the existing question mark of Xotic, Team Allegiance’s first Call of Duty roster looks pretty solid on paper. Mochila and Royalty have both proven to be capable slayers on LAN, and with Remy’s experience from his run at the 2015 Call of Duty Championship, these three definitely make up the powerful core of a top open bracket team.

Only time will tell what Xotic can bring to the table, or how these four players will perform together, but regardless, Team Allegiance has a very good chance to burst onto the Call of Duty scene with this roster. You can watch this Team Allegiance roster make their LAN debut together at MLG Orlando on Aug. 5-7.

What do you think about Team Allegiance entering the Call of Duty scene? Let us know by commenting below or tweeting us @GAMURScom.