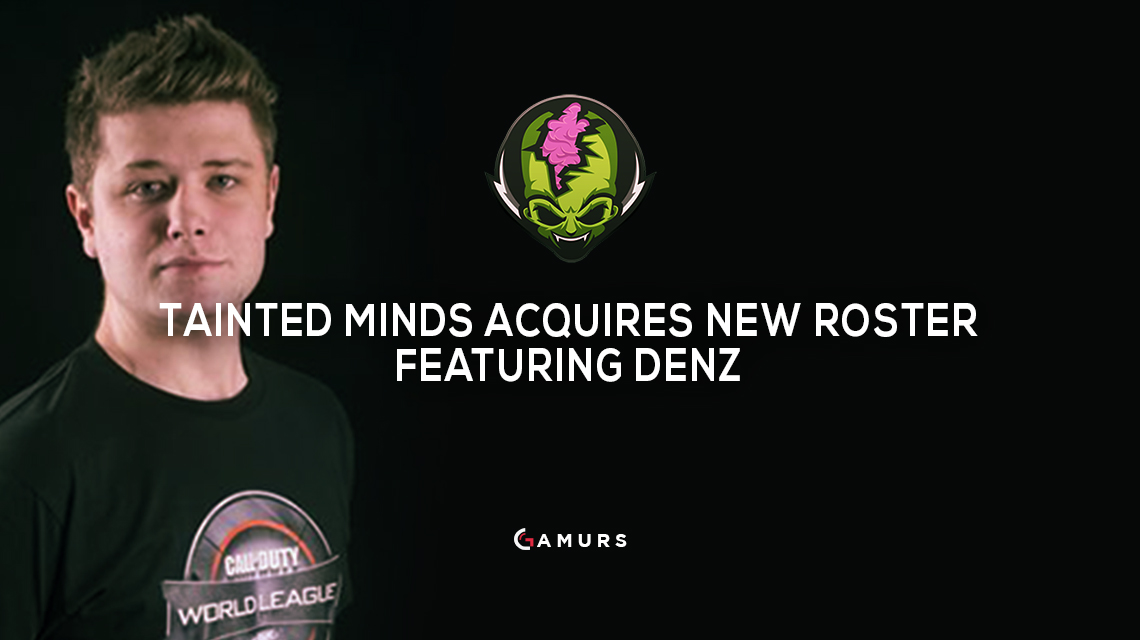 Tainted Minds has announced its newest roster for the 2017 Call of Duty season. The Australia-based, multi-esport organization announced the signing of its new roster this morning. It is also important to note that Tainted Minds decided not to re-sign its former roster from 2016 – a team that brought the organization to its first Call of Duty World Championship. The roster will be comprised of:

The squad won the last APAC MLG GameBattles 2K Series just a few days ago without an organization.

In the press release regarding their roster pick-up, Michael "Voltris" Stewart, Operations Manager of Tainted Minds, was optimistic for the team's future.

“We are confident that this roster has what it takes to launch APAC Call of Duty to the next level," Voltris said. "After many lengthy discussions we believe the best business decision we could make was to acquire this roster for the 2017 season, an opportunity which doesn’t come around often.”

The organization even made a hype video. Now that a robust set of players leads the APAC charge into the Call of Duty World League, it will be interesting for fans to see a more diverse set of teams take their shots at the top spots at international events.

What are your thoughts on Tainted Minds' latest roster signing? Tell us your thoughts  in the comments below or with a tweet @GAMURScom