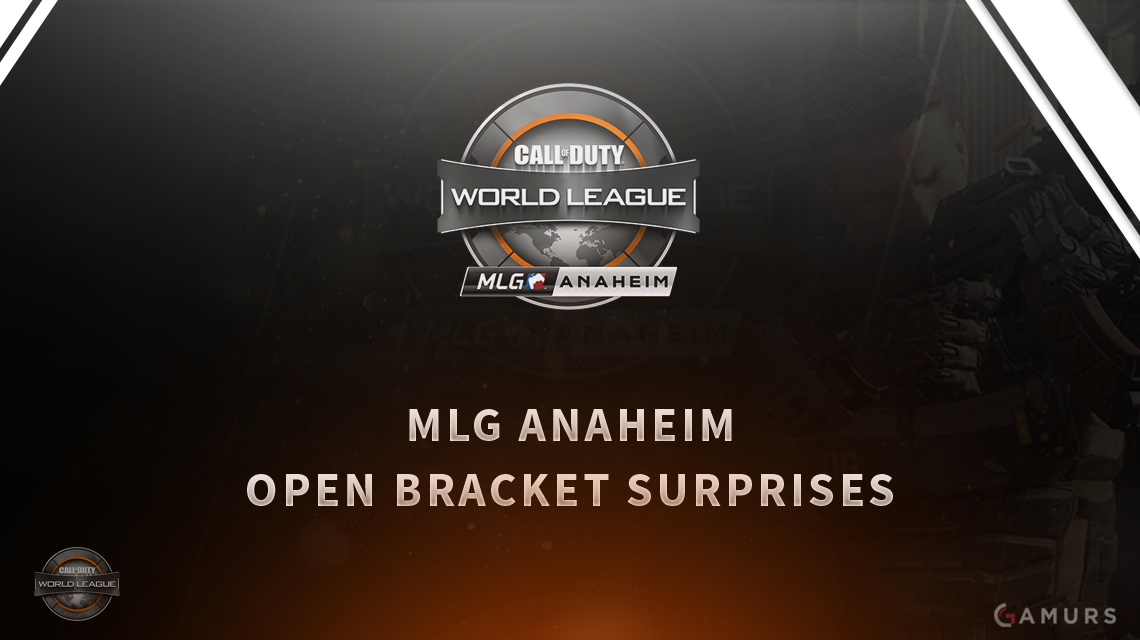 At last weekend’s MLG Anaheim Open Bracket event a few teams stood out from the 94 teams in the event. Lethal, New Hope eSports, Pnda Gaming, and Kingdom eSports all performed exceedingly well for AM teams and all look to be forces for the future.

New Hope eSports effectively burst into the scene with their surprising losers bracket run this past week. Their team consisting of Joel “Infamous” Brito at Captain, and Austin “Believe” Smith, Dakota “Novaa” Williams, and Kyle “Kizzle” Luensman in supporting roles fared admirably against tough competition. One of their team highlights was taking down 7th seeded, and heavily favored Team Kaliber in the loser’s bracket. Coming in as the 27th seed not much was expected of the team, who eventually fell 2-0 to Cloud 9 Eclipse in a play in match to the championship loser’s bracket.

The team was originally knocked down to the loser’s bracket after a 2-0 loss to In2ition, who later upset highly ranked Echo Fox. Despite this they persevered and won 3 open bracket losers matches, including the tK win before falling. With such a strong performance this team has a bright future ahead of them especially with MLG Orlando coming up. With more scrimmaging and practice this promising team could get into the Championship rounds and get known.

Another surprising team from MLG Anaheim was Pnda Gaming, a team already known in the scene but still missing a true breakout performance. The team performed exceptionally well but unfortunately missed out on going into the Championship Winner play in game, and Championship Loser’s bracket by one map in two different games. On the positive side for them they were able to take a map off of Millenium, considered a top-4 European team in the match before a championship winner’s bracket play-in-match, and also took a map off of Echo Fox in their championship loser’s bracket play-in-match. In addition they also knocked the aforementioned Team Kaliber out of the open bracket winners bracket after knocking out promising Draconic eSports.

The team seemed to simply take over games and dominate at times, especially in Hardpoints where they looked incredibly strong throughout the tournament. They were knocked out effectively because of 2 less than stellar S&D games, which is more of a reflection of how long and hard open bracket runs are then on Pnda’s skill. The team, if they can stick together, looks to be a strong force in the future and is seen as many as a darkhorse for a deep Orlando run.

Kingdom eSports and Lethal were both very similar in the fact that they were both playing with mainly established pro players. This gave them a leg up over other open bracket teams as they already had the experience to be able to compete on the big stage. Compete they did as both of them managed advance to the championship brackets and cause a stir in the tournament.

Kingdom eSports, playing with longtime pro Aaron “TuQuick” Chang, Ivan Thomas “Thing2” Saavedra, Ethan “FA5TBALLA” Wedgeworth, and Steven “Stamino” Damiano managed to turn a lot of heads during their play in the tournament. After completing a win over the aforementioned In2ition, Kingdom managed to advance to a champions bracket pool play spot against European powerhouse Infused, although they lost 2-0 they then had the opportunity to drop down to the open losers bracket. There they took on Most Wanted for a spot in the Championship losers bracket. With a 2-0 victory Kingdom advanced to play another European powerhouse, Millenium in the first round. They turned many heads their with an entirely dominating 3-0 sweep victory which set up a big matchup between them and Lethal for a top-12 finish.

Lethal’s run through the open bracket was less surprising than Kingdom’s but still was completed in dominating fashion. Coming in as the 4th seed they were expected to move on and they not only advanced to championship pool play but did so without dropping a map in the open bracket. In the final two rounds of their open bracket play they defeated both Most Wanted and Primed by a score of 2-0. The team consisting of all pros in the form of Steve “Mochila” Canle, Daniel “Miyagi” Ho, Alex “Examples” Hartlaub, and John “Johnny” Cookson looked on fire heading into pool play. In pool play they turned several heads after managing to take a S&D against eventual champions OpTic gaming in a 3-1 loss. That map victory turned out to be the only map OpTic would drop in pool play. Despite dropping a series 3-0 to Cloud 9 the team beat established pro team Team SoloMid 3-2 and looked strong headed into loser’s bracket play. In loser’s bracket play they were paired up with Kingdom eSports in the second round with the winner going on to play an established pro team and guaranteed a top-12 finish.

The match between Kingdom eSports and Lethal was a thriller and it came down to a game 5 S&D. Lethal ended up taking it 6-4 and advanced to play Team EnVyUs for a spot in the Top-8 of the tournament. Unfortunately for Lethal, nV proved to be an extremely talented opponent and their fantastic run ended in a 3-0 defeat. After the event the team lost Johnny to his old team, Hundred Thieves, but the rest of them look like a very solid core heading into MLG Orlando and the Call of Duty Championship qualifiers.