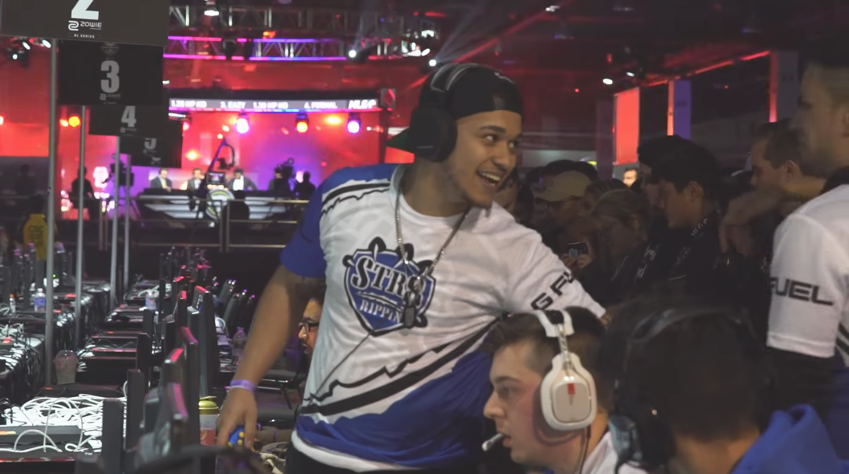 Jeremy “StuDyy” Astacio, Richard “Ricky” Stacy, Brandon “Dashy” Otell, and Donovan “Temp” Laroda didn’t even lose a map until they squared off against Allegiance in the semifinals.

Str8 took down Allegiance 3-2 to reach their first grand finals as a team-of-four—Temp was unable to participate in these 2K tournaments until his 18th birthday on July 10.

The grand finals between Str8 and Projekt Evil was now set, and Str8 came out of the gate firing on all cylinders. They opening the series with a dominant 250-63 win on Retaliation Hardpoint, and followed that up with an efficient 6-4 victory on Crusher Search and Destroy.

With their tournament lives on the line, Projekt Evil responded with a 7-1 win on Precinct Uplink—but after seeing the first Hardpoint in this grand finals, many fans knew that the end was near.

Str8 showed just how strong they are in this game mode with a 250-144 win on Breakout Hardpoint to secure the 3-1 series victory and the 2K championship.

This was the first 2K that Temp, StuDyy, and Ricky have won in Infinite Warfare, and Dashy’s second 2K victory—his first came on May 14. Str8 will receive $2,000 as a team and 2,000 pro points per player for their 2K championship.

But at this point in the Infinite Warfare season, this 2K just served as some additional practice in preparation for this week’s North American Last Chance Qualifier.

Sixteen top amateur teams, including Str8 and Projekt Evil, will travel to Columbus, Ohio on July 27 to participate in the NA LCQ. Half of these teams will earn one of the final eight spots in this year’s $1.5 million Call of Duty World League Championship.

If Str8 Rippin continues to play this well at the NA LCQ, they should have no problem qualifying for the biggest Call of Duty event of the year.