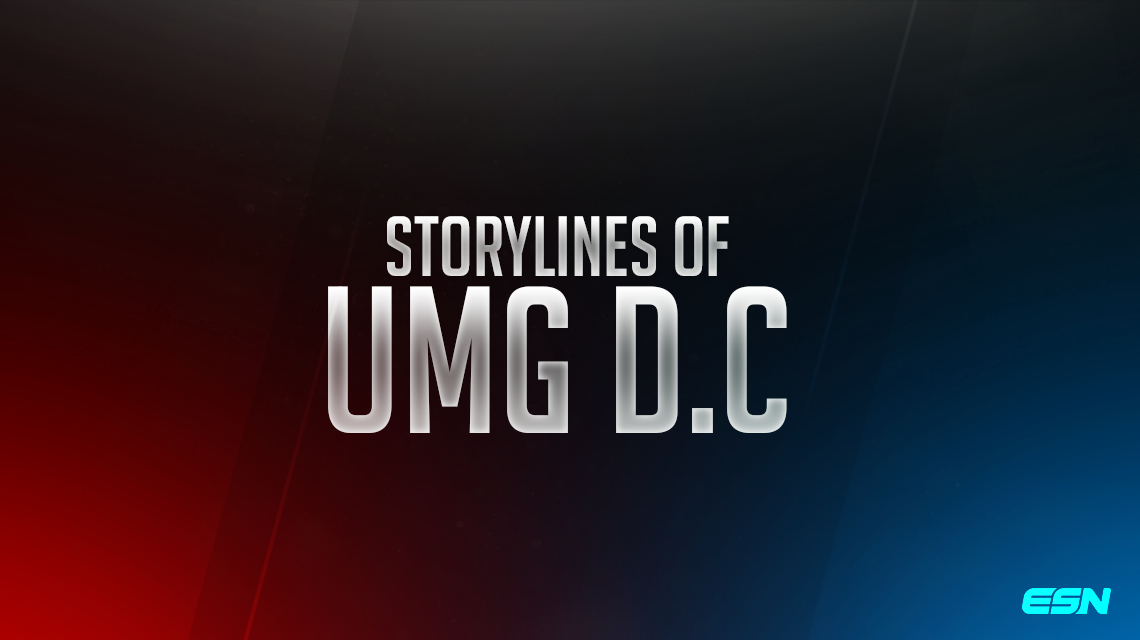 Last weekend at UMG Washington D.C. 2015 , spectators around the world got to witness one of the last action-packed Open Bracket events play out for Call of Duty®: Advanced Warfare . From OpTic Nation finishing top-24 to the surprise top-eight placing from FaZe Clan ; three players and teams surprised many by the end of the tournament.

OpTic Nation with a disappointing finish

Coming into the capital, OpTic Nation was widely expected to compete for a top-eight placing after receiving the fifth seed. They were positioned within Group C of pool play, arguably regarded as the “group of death” for this event, which included: Team eLevate (4), XGN Competitive (12), Team Orbit (13), iSolation Empire (14) and later Lethal Gaming .

They were predicted by the majority of the community to finish at least second or third within their pool, possibly behind Team eLevate and iSolation Empire. Instead, ON ended up losing to XGN, Lethal, and eLevate in group play and only picked up a 3-1 victory against Team Orbit, finishing last in their pool. As a result, the OpTic team proceeded to the Championship Loser’s Bracket and ended up losing their first and only bracket match 3-0 against Dream Team (18), eliminating them from the remainder of the tournament.

Finishing out of the prize pool was incredibly disappointing for such a team. After placing third-fourth at the Gfinity CoD Summer Championship 2015, the hope for this team was that after a year of struggling they could finally start placing top-eight consistently.

With the MLG Pro League Season 3 Championship Finals coming up in two weeks, Nation must be at the top of their game to finish in the upper-half of the league and avoid having to play for regulation. If they can pick up momentum, their sights will undoubtedly be on the MLG World Finals next month in New Orleans, where a big showing can make up for some smaller tournament under performances.

FaZe Clan gets knocked out early

FaZe Clan has consecutively won the last two major events, UMG Dallas 2015 and the Gfinity CoD Summer Championship 2015 , and was looking for their third this past weekend. Unfortunately for them, it didn’t quite pan out the way they were looking for.

Within group play, FaZe ended up finishing 3-1 for a three-way tie. But due to a 3-0 loss against Team JusTus , the team was sent to the Loser’s Bracket, similar to OpTic Nation. Despite this complication, FaZe attempted to make a Loser’s Bracket run after defeating both VexX Gaming and Team JusTus. FaZe ended up losing a best-of-five series 3-2 in the quarterfinals against iSolation Empire. This eliminated FaZe from the tournament, giving them a top-eight finish.

For such a high-caliber lineup of James “ Clayster ” Eubanks, Tommy “ ZooMa ” Paparratto, Dillon “ Attach ” Price and Ian “ Enable ” Wyatt, almost anything outside of a top-three is a large shock for them. Being the second seeded team coming into the tournament, a close loss to iSolation Empire was quite a surprise.

Shitty. Should've won second map. Whatever. Sorry to all the FaZeClan and the ClayFAM. Onto Season 3

FaZe is currently fourth place within the MLG Pro League Season 3, and is geared to attend the MLG Season 3 Playoffs without contention. FaZe’s Clayster tweeted after the event, “Sorry to all the FaZe Clan and ClayFam onto Season 3.” After a disappointing tournament, FaZe will return with vengeance at the Season 3 Playoffs. They will be ready to restore their Call of Duty: Advanced Warfare dominance.

Advancing to pool play from the Open Bracket of any major event is a huge accomplishment for any team; Team JusTus and Lethal Gaming managed to do just that.

After advancing out of the Open Bracket with five consecutive wins, Team JusTus was placed within Group B and managed to finish atop of the group with a 3-1 finish. They would continue to advance and play against eventual finalist, Denial eSports , in the quarterfinals. JusTus was able to rematch against FaZe Clan in the fifth round of the Championship Loser’s Bracket, but ended up losing 3-1. The team ended up placing with a top-12 finish, something not many were expecting.

Lethal Gaming also advanced out of the open bracket with five straight wins before being put into Group D in pool play. Lethal ended up going 1-3 in their group, with their sole victory coming against OpTic Nation. Lethal advanced to the second round of the Loser’s Bracket where they defeated Onslaught eSports 3-0 and later defeated Stunner Gaming 3-1 in round three. Following their two Loser’s Bracket wins; Lethal went into the fourth round and were defeated by Team Orbit, 3-1. It was quite another astounding performance from the #JusFam.

Team JusTus and Lethal Gaming both received $1,000 for being two of the top-four finishers in the tournament not participating in Season 3 of the MLG Pro League. These teams don’t often get to play against the world’s finest, but they showed up when they needed to. For both teams, this is a major confidence booster heading into the MLG S3 Championship Finals and MLG World Finals.

At UMG D.C. 2015, the perennial favorites, OpTic Gaming, won the championship title to no surprise. After receiving much criticism, the GreenWall was able to correct their issues and won the event after losing to FaZe in the grand finals two times in a row. Lots of excitement heading into the last two major events for Advanced Warfare.

What are your thoughts on the performances at UMG Washington D.C. 2015 for Call of Duty®: Advanced Warfare ? Let us know in the comments. Follow us over on Twitter – @eSportsNation for more event coverage.