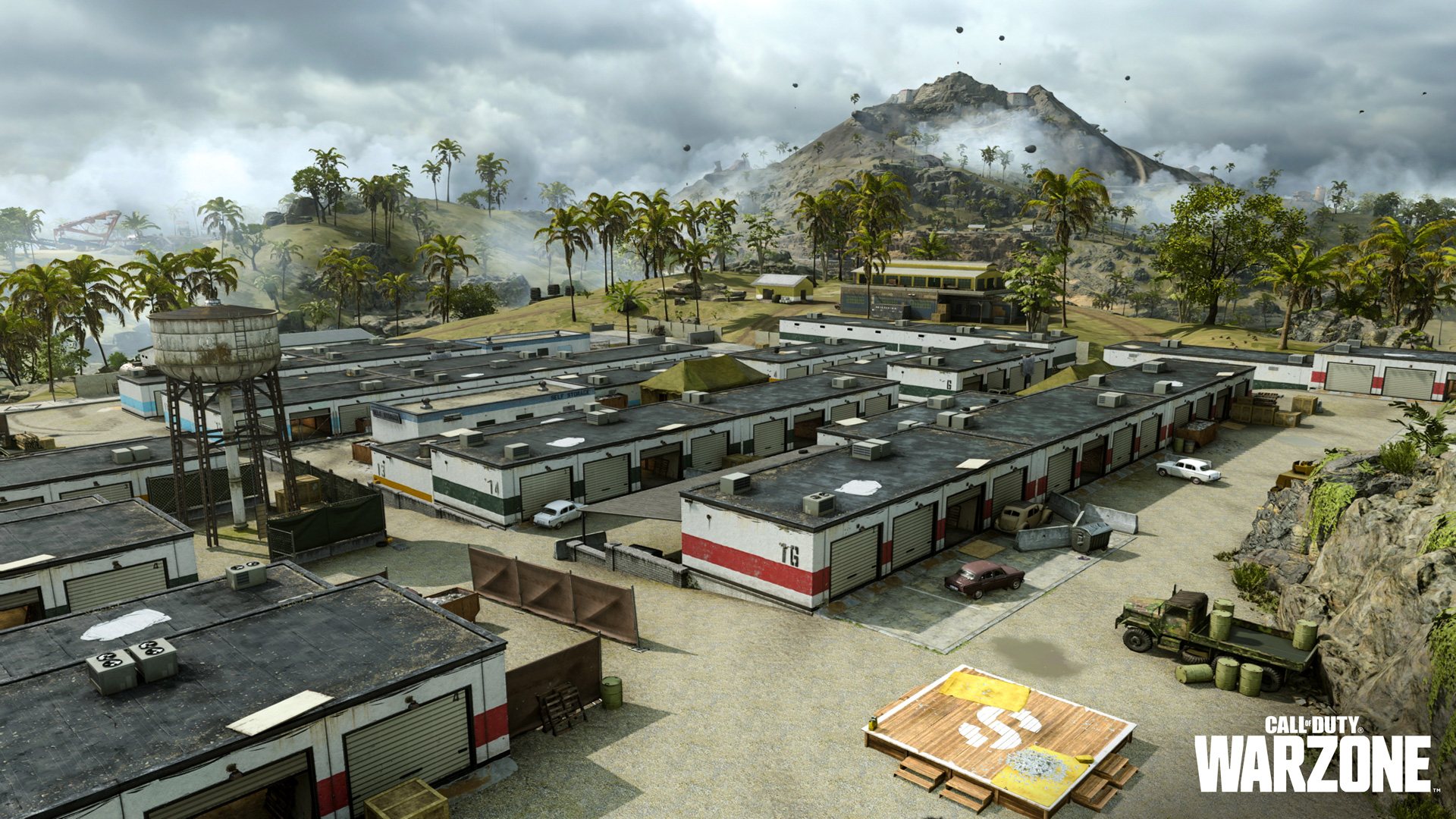 One of the all-time favorite landing spots in Verdansk is now coming to Caldera in Call of Duty: Warzone season four. Storage Town returns this week in the battle royale game.

The Caldera version of Storage Town is located between Mines, Airfield, Village, and Dig Site, according to Raven, in an overall overhaul to the tropical location that became the de facto battle royale map in the Warzone Pacific update last year.

“The lockers, water tower, and central buildings are similar to how they were in the past (or, canonically, the future),” Raven said. “However, because it is built on the side of a hill, this version of Storage Town offers solid sightlines to adjacent areas, rather than being caught between a massive swimming pool structure and other high ground.”

Storage Town and the other reworked areas of Caldera can be explored in a new vehicle, the armored SUV. Four players can hop into the new vehicle, including a seat dedicated to using a heavy machine gun.

The bunkers around the map are now controlled by NPC mercenaries that must be taken down if players want to grab their loot.

“Long-serving Operators know that key cards are rare drops out of supply boxes, contracts, or even enemy operators who found them during their mission,” Activision said. “A key card is bound to the operator who picks it up and can only be used once on any of the seven bunkers. Once used, the bunker will open to reveal a lion’s share of riches: gold, weapons, equipment, and more. Get you and the squad in here and out quick, because there could be other squads trying to ambush and take the spoils of the Warzone for themselves.”

A slew of other quality-of-life changes to the map includes the clearing out of much of its foliage, scaffolding and bridges linking rooftops in Capital, the removal of Kong skulls from Dig Site, a new ship at Arsenal, new staircases and sight alterations at Peak, and other new smaller buildings added in various spots around the location.

Season four of Warzone and Vanguard, Mercenaries of Fortune, will also add the new small-scale Resurgence map Fortune’s Keep when it begins on June 22.