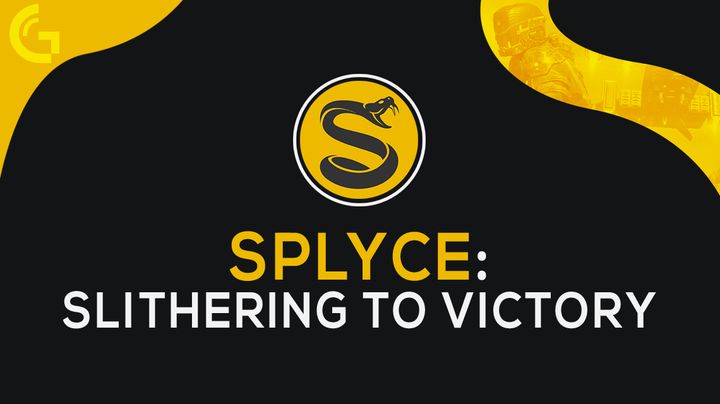 Splyce is one of Europe’s top organizations right now. But, despite this, they don’t walk with an arrogant aura and stay focused on the next step, rather than the big picture.

“We’re taking it step by step, focusing on the next match,” said Bance after his first match again Millenium on Thursday. “We’re not focused on the big picture, because we can’t get there without the process.”

As of now, they have yet to lose a series, taking down Millenium (3-1), Black Forest Games (3-1) and eUnited (3-0) in Group Play. In their first Bracket Play series, Splyce took down HyperGames 3-0, highlighted by a resounding 18-6 victory on Breach Uplink to close out the series.

“Making it to Bracket Play isn’t enough for us,” said Joshh after his victory against eUnited. “We aren’t satisfied with making it out of Groups because we know as a team that we can do better.”

Splyce have been strong since coming together. This roster has only placed out of T4 one time (T12 at MLG Anaheim) in their 10 events. They’re considered monsters on LAN compared to their online play due to how much more coordinated they look on LAN.

“I don’t that it’s that we’re necessarily better on LAN compared to online, I think it’s because people try less on LAN,” said Bance. “When you don’t have to worry about connection, people aren’t on their toes as much, but we try to give it our all no matter what the situation is.”

Splyce fell to FAB Games in a reverse sweep, but has since moved on to the next round in the Loser’s Bracket after taking down Team Kaliber 3-0.

“Playing against other European teams early in the Bracket Play is a blessing and a curse,” said Joshh. “We’ve been going against these guys for so long now that they know our tendencies, but we know theirs too whereas NA doesn’t have a lot of knowledge against us so we could shock them in a series.”

Splyce is one of EU’s best teams despite lacking history together and a big-name organization like Epsilon, Millenium or TCM-Gaming (who recently dissolved).

“Splyce is a fantastic organization, they care for us and support us no matter what,” Bance. To follow up on that, Joshh has the same praise for Splyce – “they’re amazing and I am thankful I ended up with them.”

They’re prepared to win no matter what. From elite communication to strong mechanical skill, Splyce can and will test anyone they match up against.

Since taking down tK, Splyce matched up against FaZe Clan. In a tough series, they prevailed in a 3-2 victory that ended with a 6-2 win on Stronghold Search and Destroy. After taking down FaZe, the team’s Day 3 events continued on with a series against Rise Nation.

Starting off hot, Splyce went off to take an early lead in Fringe Hardpoint, but Rise almost clawed back in with fantastic hill control. However, Splyce edged it out with a 250-248 victory. In Game 2, Splyce pulled a 6-2 victory on Redwood Search and Destroy. Game 3 was a nailbiter that ended 14-13 in Rise’s favor. Game 4 saw Splyce eliminate Rise 4-0 on Breach Capture the Flag.

After this, Day 3 ended a little early due to their game agaist FAB Esports being postponed (which you can read about here).

So far on Championship Sunday, Splyce took down FAB 3-1. After losing Evac Hardpoint 250-215, Splyce erupted and swept the Breac Search and Destroy. Splyce went on the win Fringe Uplink 19-8, capping off their series with a 3-0 victory on Stronghold Capture the Flag.

The entire team is ecstatic outside of the game, but once they’re insanely focused on communicating effectively while outgunning anyone who challenges them.

“After Anaheim, we went home and started grinding our Search game, which was dreadful,” said Joee. “We played it so much and now it’s paying off.”

Now, Splyce is slated to play either Team eLevate or Team EnVyUs, and have earned at least a T3 placing ($150,000).

What are your thoughts on Splyce? How far do you think they will go at COD XP? Let us know by commenting below or tweeting us @GAMURScom.