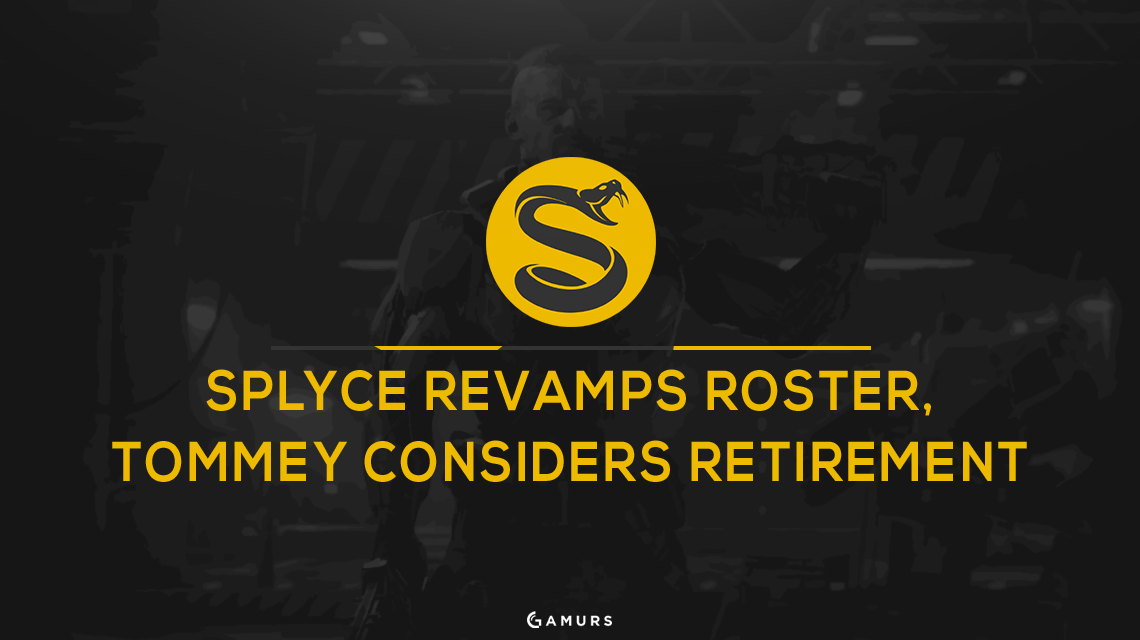 Splyce, the most recent European powerhouse to show its worth, has performed a complete change of its Call of Duty roster. After a second place finish at the biggest Call of Duty tournament in history, it seems that they’re trying to formulate the best possible team in Europe.

According to an <a href="http://www.espn.com/esports/story//id/17576834/splyce-picks-jurd-joshh-drops-rated-joee" target="blank”>ESPN report, Splyce has released Rhys “Rated” Price and Joseph “Joee” Pinnington. They have also re-signed Joshua-Lee “Joshh” Sheppard, a player who was already released from the organization in the past week. Jordan “Jurd” Crowley, formerly on Millenium, another European powerhouse, will now fill one of the few vacated spots on the Splyce team. Jurd and Joshh will join Ben “Bance” Bance, a player who has kept his spot for the entirety of the post-champs roster shuffle. The Splyce roster is now Bance, Jurd and Joshh with one spot remaining.

It has also become apparent that Rated found out that he was released via Twitter Sunday morning. This may be just another example of organizations not being transparent with their players prior to roster moves performed behind the scenes. More information from both parties on the situation between the players and the organization will be appropriately released in due time as it becomes available.

Bance stated that Joshh’s release from Splyce about a week ago was a spontaneous decision “without having any kind of thought process into it.” They thought it would be appropriate to continue teaming with him after all of their previous success together.

This will more than likely end with me not competing next year. Its been a fun, crazy time. Thank you to all those who’ve ever supported me.

Tom “Tommey” Trewen, another player for Millenium, also tweeted that he might consider retiring from competing in Call of Duty. This <a href="http://www.twitlonger.com/show/n1sp49ht” target=”blank”>announcement came minutes after Splyce’s acquisition of Jurd. In his twitlonger, he stated that Jurd and Dylan “MadCat” Daly wanted to go their separate ways from the Millenium roster which leaves Tommey and Callum “Swanny” Swan left on Millenium.

Tommey mentioned, “I’m going to sit back and see what unfolds while waiting to hear back from Callum on his plans and if he wishes to continue playing, if so I will see if he wishes to team back up and look for two … I still think I have one more year left in me, so if you want to reach out about sorting something going into the new game, you know where to contact me.”

Be sure to stay tuned for more information in this developing situation.

What do you think about Splyce’s new roster? Let us know by commenting below or tweeting us <a href="https://twitter.com/gamurscom" target="blank”>@GAMURScom.