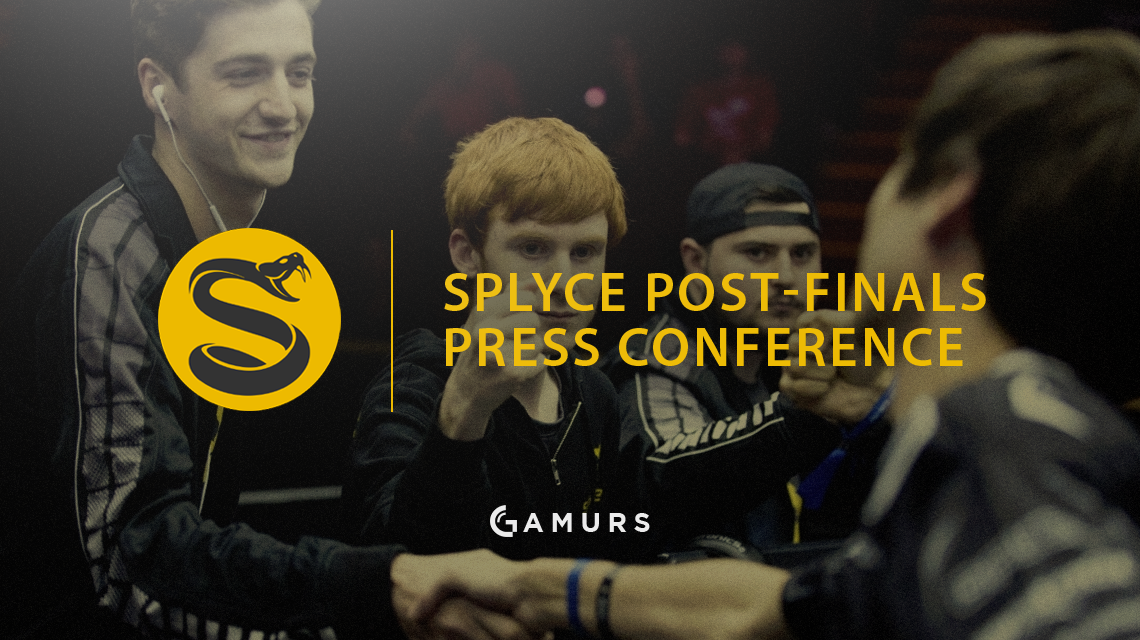 The Grand Final at the 2016 Call of Duty World League Championship concluded, crowning Team EnVyUs the winner over Splyce. This was the first Championship match that pitted a North American team (nV) against a European team (Splyce).

A general overview of the tournament from their point of view.

Rated: “Group stages were pretty easy. We thought it would go that way. We choked against FAB after a 2-0 lead and we managed to make a really good run in the loser’s bracket.”

Bance: “We made a fantastic run through the loser’s bracket.”

Joee: “We should have won [agasint FAB]. Don’t know how we lost that one. No idea.”

When asked if playing three matches back to back drained them out for the Grand Final.

Joshh: “Playing three games nonstop is draining but we play for hours on end at home so it’s not really.”

When asked how the European teams were able to improve so much this year.

Rated: “We’ve had good practice this year. We’re always playing. Nonstop. In the past we were always waiting for events to be announced.”

How does it feel to make it this far in the bracket?

Rated: “It feels good. Every team underestimated us, after the Stage 2 Finals performance. [We’ve] done ourselves proud.”