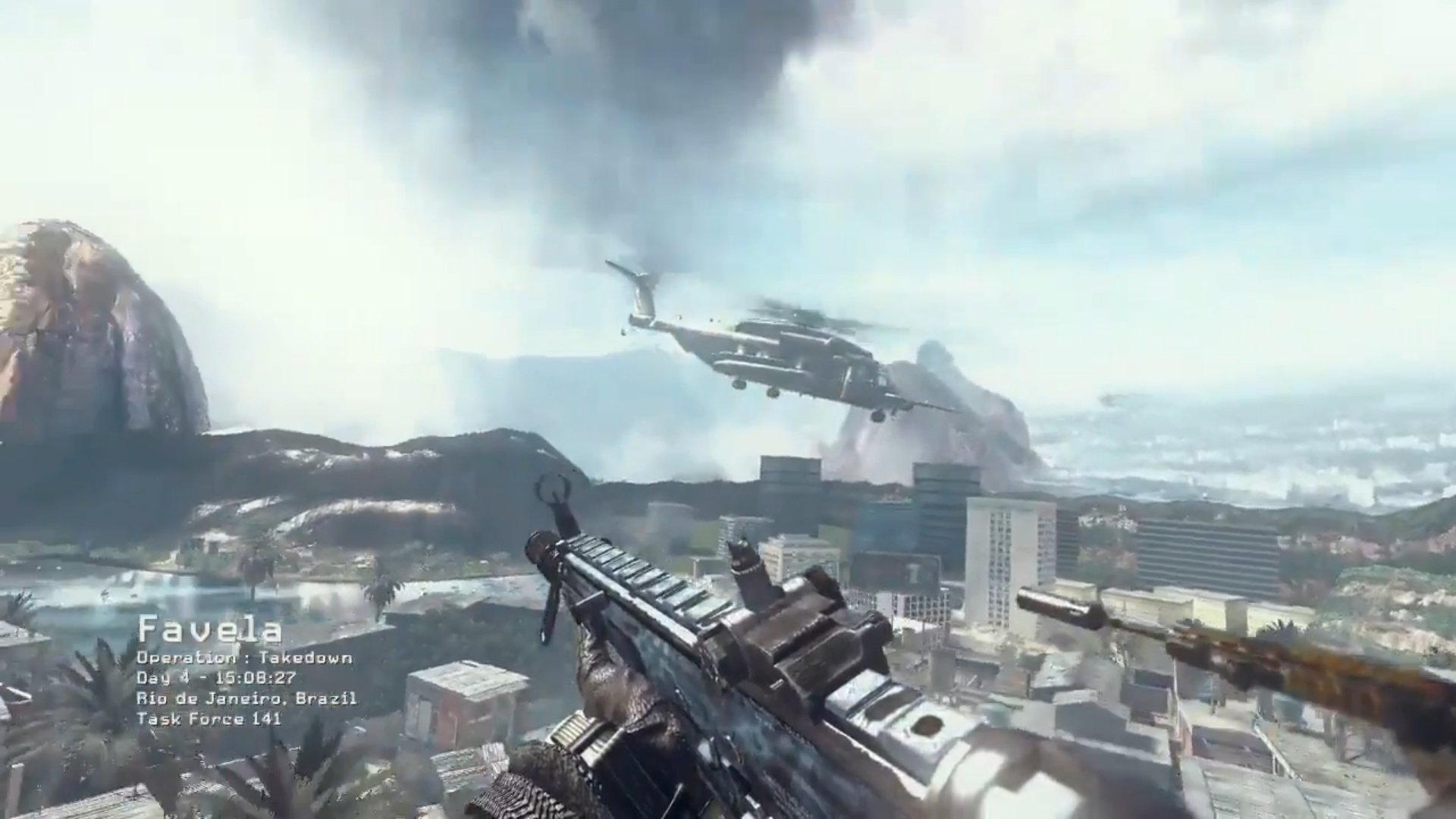 You can say a lot about the Call of Duty community’s vocal and sometimes harsh nature, but you can’t doubt its creativity and passion.

One of Call of Duty: Modern Warfare’s cooler new features is how players enter a map for each match. Sometimes it’s via a van, sometimes they will just spawn in outright, but sometimes they enter in a chopper and rappel down a rope.

One Reddit user and Call of Duty fan named “sasseries” was inspired by the helicopter intros in CoD: MW and threw it into another classic title, Call of Duty: Modern Warfare 2. The video above shows the new-style intro in 2009’s fan-favorite map Favela.

The helicopter enters the map and even has rockets shot at it by NPC enemies. Then, CoD: MW’s signature text on the bottom left that shows the map name and date and time scrolls on screen. It’s genuinely well made and pretty awesome.

It might seem confusing, what with the new entry of the series being CoD: MW and the mod being used in CoD: MW2, but the latter is 10 years old. Either way, it’s an impressive display by someone who clearly knows their way around mods.