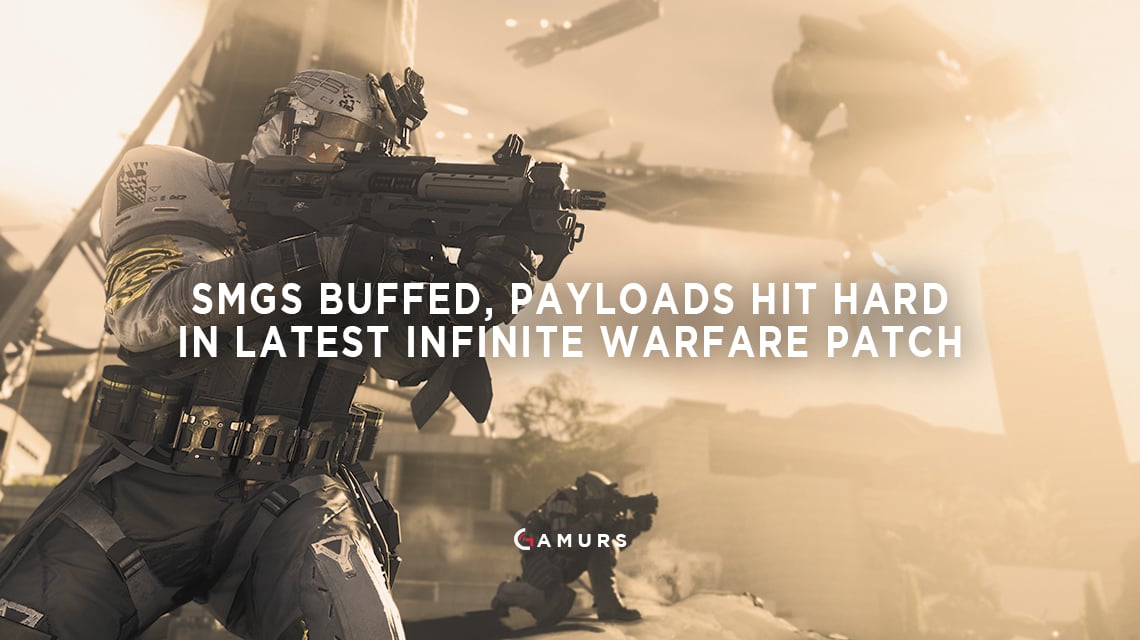 A new patch for Infinite Warfare has just gone live on PlayStation 4 and Xbox One, and it looks like it’s a big one for the Call of Duty esports community.

Payloads have been substantially nerfed. Use durations for Active Camo, Bull Charge, and Reactive Armor have been substantially cut. Active Camo has been lowered from 10 seconds to five seconds, Bull Charge has been reduced from 6.5 seconds to five seconds, and Reactive Armor has been decreased from nine seconds to six seconds. Reactive Armor also received a second nerf – the amount of damage that it can absorb while active has been reduced. Overdrive and Rewind received health-related nerfs; Overdrive no longer restores any health when it is triggered, and Rewind now only restores part of the player’s health. These Payload changes appear to be exclusive to the CWL ruleset only, though. However, there was one fix that somewhat resembles a buff; holding the drone in Uplink or planting/defusing the bomb in Search and Destroy no longer drains your Payload use time at a faster rate.

Among the multiple major bug fixes in this patch, there are fixes for three of the most high-profile bugs reported by the competitive community: the issue where the player couldn’t capture a hardpoint if they are using a scorestreak, the issue where the hardpoint was being contested but the icon was in a red capture state, and the exploit where the killstreak map could be used every round as a free UAV. Additionally, the B bomb site on Scorch has been moved to the back of the drill (from the attacker side) and the killcam now shows traits, lethals and tacticals.

There were other small tweaks and bug fixes in this patch, but the ones discussed above are the most notable changes (at least as far as the esports community is concerned). In case you’d like to read the update notes yourself, here they are, courtesy of Infinity Ward representative /u/ashtonisVULCAN_IW on Reddit:

Removed Payload delay at the start of a round

In conclusion, this seems like a solid update, but only time will tell how it will affect play in the CWL. Will you be trying the newly buffed SMGs in your next GB or UMG match? Do you think this will help balance the gameplay a bit more and make the game more entertaining? Let us know in the comments section below or by tweeting us @GAMURScom.