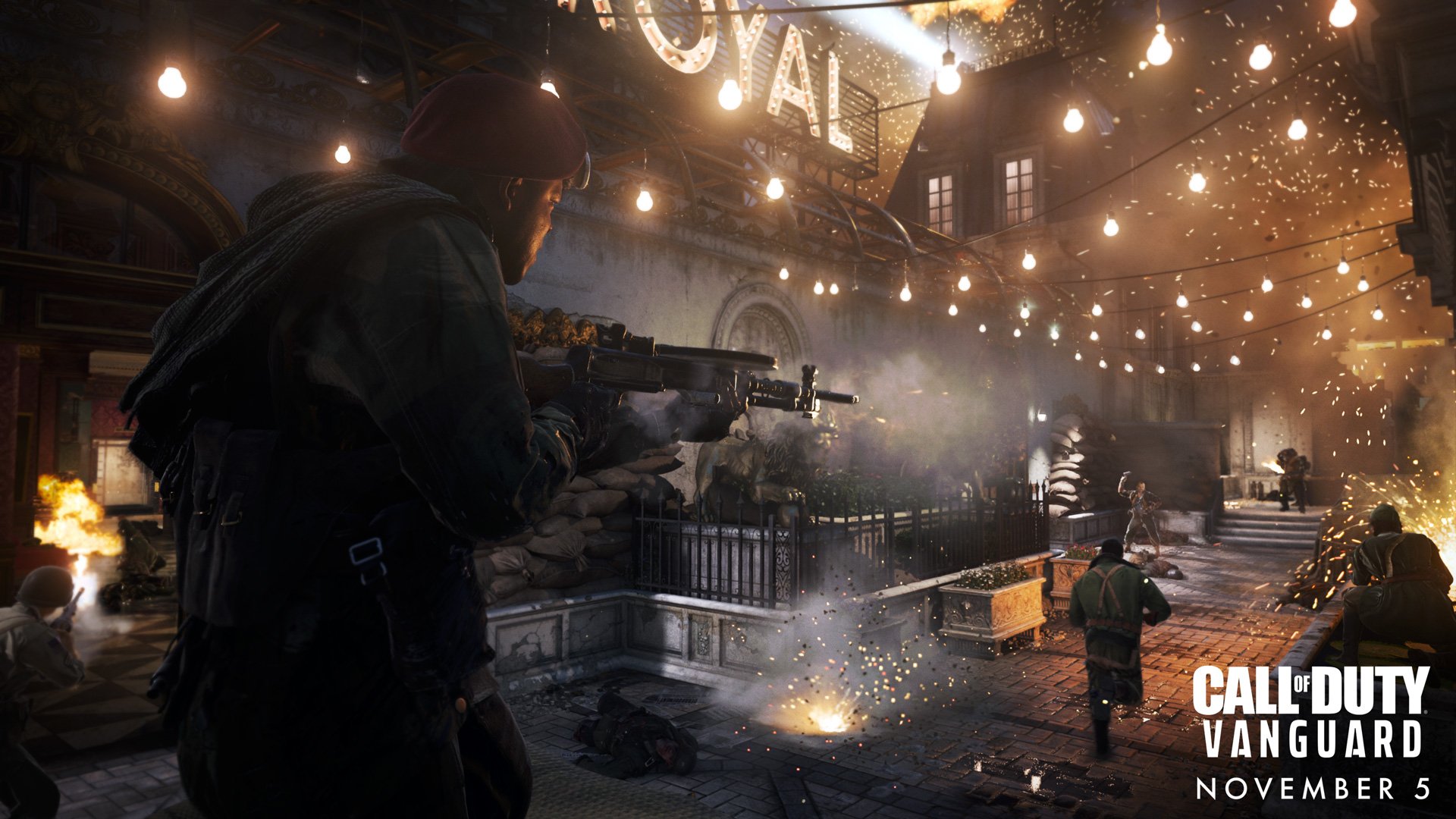 The Call of Duty: Vanguard beta has come to an end and there’s a little over one month left until the game launches on Nov. 5.

Vanguard’s developer, Sledgehammer Games, offered a blog post this afternoon to wrap up the beta, speak about what the team learned from it, and give insight into some fixes that will be coming when the game is released.

Sledgehammer said it will be “nerfing the sun,” “cracking down on Red Star raves,” “removing dognados,” “tuning spawns to avoid Hotel Royal’s murder kitchen,” and “closing open mic lobbies in Search & Destroy.” All of these things became problem points for players during the two weekends of the beta test.

“In all seriousness, we are fixing those things,” Sledgehammer said. “We’re also taking a thorough pass at weapon balancing, audio mixing, and visibility. But we’ll share more on that later.”

Things like visibility and player spawns were huge issues during the beta, with many players complaining that they couldn’t see enemies very well on any of the playable maps and offering clips of spawn points where players would respawn within feet of the enemy. The sun, too, was intensely bright on certain maps to a nearly-blinding level.

“We hope you enjoyed your time in Vanguard and the innovations we’ve brought to Multiplayer,” Sledgehammer said. “Over the course of the Beta, we were able to collect a great deal of community feedback. All of the official reports, gameplay clips, and messages have assisted our developers in squashing bugs, improving features, and refining the maps and modes for launch.”

Vanguard will release on PS5, PS4, Xbox Series X|S, Xbox One, and PC via Battle.net on Nov. 5.