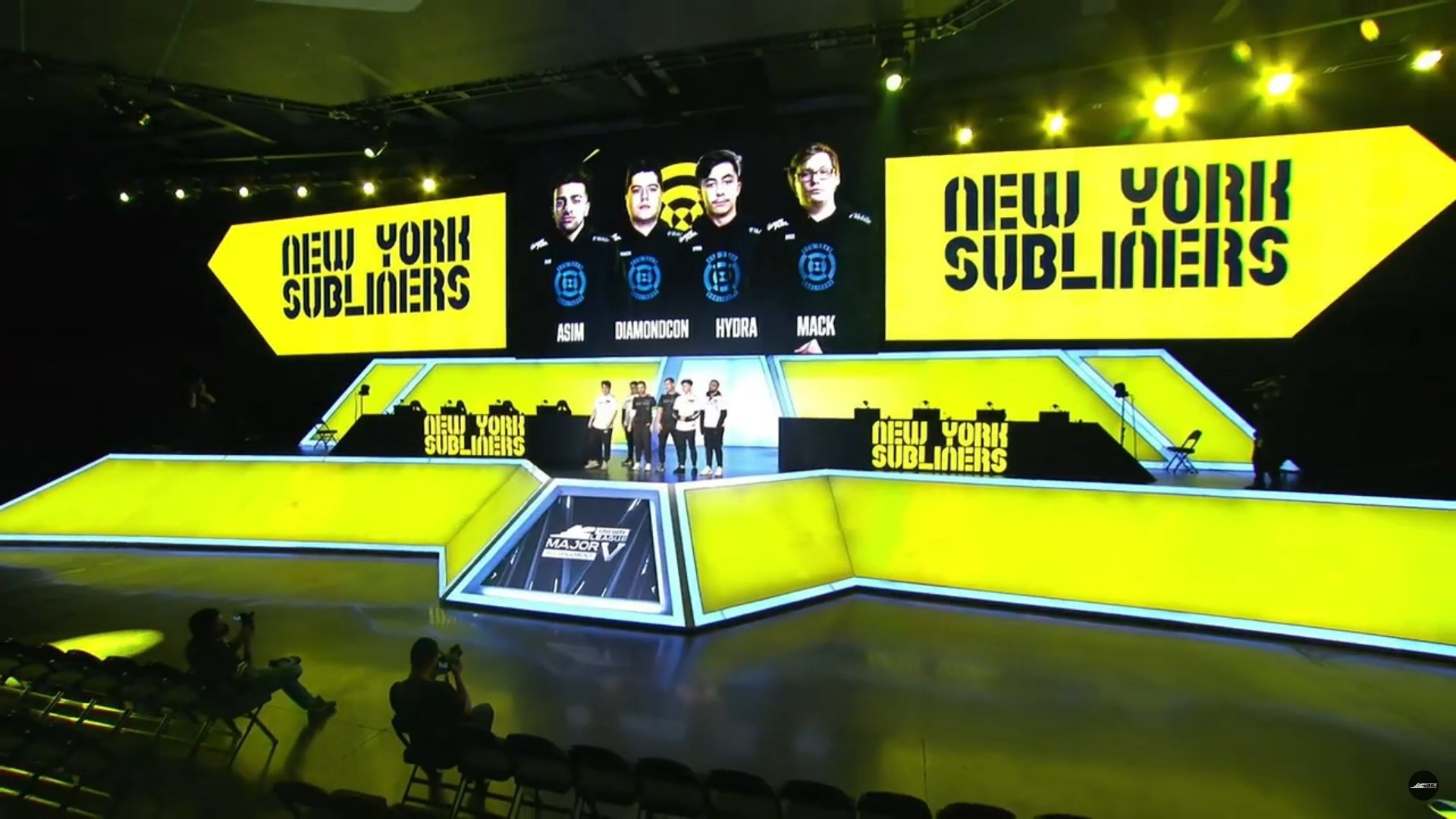 The Seattle Surge and New York Subliners are moving on in the elimination bracket of the Call of Duty League’s Stage Five Major.

In a matchup of teams that won’t be participating in the CDL Championship due to finishing outside of the top eight in the overall points standings, Seattle and London Royal Ravens kicked off the second day of action at Major V.

A wild, closely-contested Hardpoint on Raid started the show with Seattle winning the match by a scant three points, 250-247. Prestinni led Seattle with a 33-23 mark while Afro held it down for London, finishing at 31-23 with 56 seconds of hill time. Seattle continued the assault with a 6-2 win on Search and Destroy on Moscow, taking a 2-0 lead in the series. Octane carried the load with a 9-2 scoreline, dealing 1,596 damage throughout the match, by far the highest in the lobby.

The Surge moved on to Garrison Control, where London started on defense. It didn’t matter in the end, though. Seattle closed out the fifth round with a clutch win, eliminating London from the Major and ending the team’s 2021 season.

New York and the Florida Mutineers were up next, beginning with Checkmate Hardpoint. Without Clayster’s veteran leadership, the young gunners on New York fell into an early hole but mounted a truly impressive comeback attempt after being down by over 100 points. Florida survived the onslaught, however, winning map one 250-207.

Miami SnD was game two and Florida protected their homeland and took a 2-0 series lead with a 6-4 victory, with Owakening holding it down at 9-7 in the match. Checkmate Control was up next and it went to a decisive round five, where New York stayed alive to extend the series, gathering momentum after a rough couple games to begin the match.

The series then turned to Raid Hardpoint, a strong map for both teams. It was a tight game through to the end, but NYSL survived to force a game five thanks to Hydra’s slaying prowess at 22-16 and Diamondcon’s strong objective play.

The final map of the lower bracket action today was delayed quite a bit due to technical issues, but neither team was perturbed as the series headed to Standoff SnD. The well-matched squads fought in lockstep to the very end, but it was New York that outlasted their opponent to clutch up in round 11, taking the game 6-5 and the series 3-2.

In tomorrow’s round three matches, Seattle advance to take on the Atlanta FaZe while New York will face off against the Los Angeles Thieves with fans in the building for the first time since the 2020 season.

The CDL Stage Five Major action continues tonight with the Dallas Empire taking on the Minnesota RØKKR. You can watch that match on the official Call of Duty League YouTube channel.