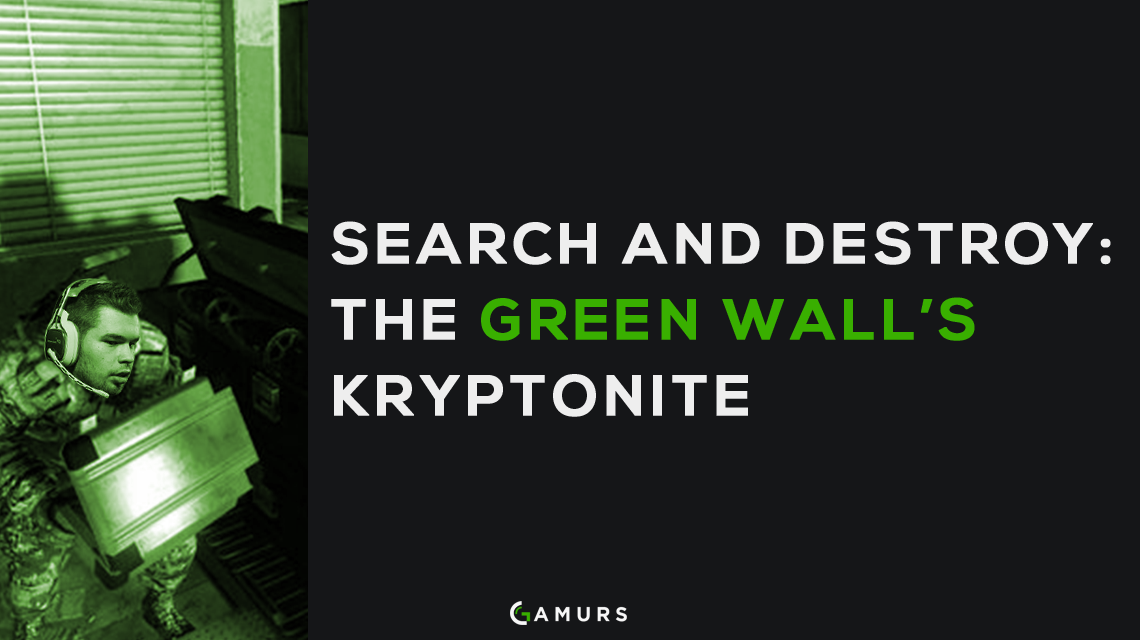 “Search and Destroy wins championships.” This saying has become cemented in the minds of everyone within the Call of Duty community, but it has become even more noteworthy after OpTic Gaming’s lackluster performance at the 2016 Call of Duty World Championship.

Just as Search and Destroy can win championships, it can just as easily make you lose tournaments too. This was never more prevalent than this past weekend, as OpTic Gaming just could not get the job done in Search and Destroy, resulting in a very disappointing top-eight finish at the biggest event in Call of Duty history.

OpTic is well known for their slaying power; every single member on their team has the potential to drop massive amounts of kills in all respawn maps. But, when a best-of-five series features two Search and Destroy maps compared to three respawns, that makes Search and Destroy the single most important gamemode.

Sure, there are times where you don’t need Search and Destroy to win; you could rely on winning all three respawns to win every series 3-1. But, if you slip up and lose just one respawn playing with that mentality, you’re going to lose, since you can’t rely on your Search and Destroy gameplay to dig you out of the hole you have created for yourself.

“[On SnD] we’re playing scared, we’re not taking risks and we need to fix that.” – @OpTic_Crimsix

This is exactly what happened to OpTic Gaming at Call of Duty XP. They played well in their respawn maps, but just could not win the ever-important Search and Destroy games. Over the course of the tournament, OpTic went 2-7 in the nine Search and Destroy maps that they played, including an 0-2 record in game fives.

Even more frustrating than their record in this game mode is the fact that the lineup consisting of Seth “Scump” Abner, Ian “Crimsix” Porter, Matthew “FormaL” Piper and Damon “Karma” Barlow produced a 0.91 kill-death ratio at this tournament in Search and Destroy. Karma’s K/D was 0.91, matching their team K/D, Scump’s was 0.85 and Crimsix’s was an abysmal 0.71. FormaL used some big performances to produce a 1.20 K/D in Search and Destroy, but even his good ratio in this game mode was not enough to carry the rest of his teammates.

Here is a map-by-map breakdown of every Search and Destroy that OpTic played at Call of Duty XP:

OpTic began their first match of the tournament playing against compLexity Gaming in group play. coL was able to take the series 3-2, thanks to their Search and Destroy gameplay, as they won both Search and Destroy maps in this series.

One series in the books, and OpTic was 0-2 in Search and Destroy.

In their following series the next day against PNDA Gaming, OpTic was able to take the 3-1 series win. But, as you could probably guess, the one map that they lost in this series was the Search and Destroy, pushing their Search and Destroy record for the tournament to 0-3.

For their final series of group play, OpTic squared off against Team LDLC, who they dominated and swept 3-0. More importantly, they earned their first Search and Destroy win of the tournament, defeating LDLC 6-0 on Infection. Scump and FormaL led the charge, going 9-3 and 7-1 respectively.

OpTic was able to advance out of their group as the second seed, despite a 1-3 Search and Destroy record to this point.

Due to their lackluster performance in Search and Destroy earning them a second seed, OpTic moved on to face off against Team EnVyUs in the first round of bracket play. The eventual champions proved to be too much for the Green Wall, as the “Boys in Blue” defeated OpTic 3-1 in the series.

This Search and Destroy on Redwood was their closest yet, only losing 6-4. FormaL did his part again, going 10-8, while Karma went even at 8-8, but it was Scump and Crimsix again who were struggling, going 5-8 and 4-8 respectively.

Not only did this loss knock OpTic down into the losers bracket, but it also moved their tournament Search and Destroy record down to 1-4.

On Saturday, OpTic came back prepared to make a deep run in the losers bracket, starting with their first match of the day against Team Infused. OpTic would go on to win this series 3-1, but again, they struggled in Search and Destroy, losing the second map of this series on Fringe 6-3. This time around, Scump was on top of the leaderboard at 9-7, but FormaL was right behind him at 8-8. Despite their best efforts, Karma went 3-8 and Crimsix continued to struggle, going 3-9.

Even though they won this series and moved on to the next round in the losers bracket, OpTic’s Search and Destroy record now went to 1-5.

OpTic’s next series was against Luminosity Gaming, and it was in this series that OpTic would go on to win their second and final Search and Destroy of the tournament. OpTic was able to sweep Luminosity 3-0, in part thanks to their 6-3 win on Infection Search and Destroy. FormaL put up huge numbers again, going 14-4, while Crimsix went 6-4, Scump went 5-6 and Karma produced a 4-5 scoreline.

OpTic was gaining momentum in the losers bracket, doubling their Search and Destroy wins for the tournament and moving their record in the game mode to 2-5.

Then, it happened. OpTic Gaming was set to face off against Cloud9, led by none other than Patrick “ACHES” Price. OpTic’s inconsistent and underwhelming Search and Destroy gameplay finally caught up to them; while they were playing terribly in the game mode all tournament, they still managed to have a 4-2 record in series played.

But against Patty P and C9, OpTic’s luck ran out. OpTic handled C9 in the hardpoint, but on Evac Search and Destroy, C9 took the 6-5 victory. FormaL led the way for OpTic, again, going 9-8, while Karma went 8-6. Crimsix managed to go 8-10, but Scump brought up the rear, producing a 4-9 scoreline.

With the series tied at 1-1, C9 knew all they had to do was win one respawn to get to game five; and that’s exactly what they did. OpTic convincingly won the Uplink, but C9 bounced back with a big win in Capture the Flag.

Stronghold Search and Destroy was the fifth and final map of this series, one map to decide who would advance and who would go home. With everything on the line, OpTic could not clutch up, losing 6-5 as ACHES eliminated OpTic from the World Championship for a second consecutive year. Nobody on OpTic showed up when it mattered most; Crimsix went 7-8, Karma went 7-7, FormaL was 6-9 and Scump was on the bottom of the leaderboard, again, at 5-9.

After their two losses in the series against C9, OpTic’s Search and Destroy record for the tournament finalized at 2-7. To break this record down even further, OpTic won both of their Search and Destroy games on Infection. On all of the other Search and Destroy maps in Call of Duty®: Black Ops III, OpTic went 0-7. They were 0-1 on Evac, 0-1 on Stronghold, 0-1 on Breach, 0-2 on Redwood and 0-2 on Fringe.

There are many different factors that could have contributed to their unfortunate Search and Destroy gameplay, but regardless, the fact of the matter is that OpTic Gaming did not excel at the most important game mode in the biggest tournament in Call of Duty history. Despite all of their championships throughout the course of the Black Ops III season, this past weekend, when it mattered most, it became clear that Search and Destroy is the Green Wall’s kryptonite.

Do you think OpTic Gaming will be able to bounce back at UMG Orlando and figure out why they struggled so much at Search and Destroy at Call of Duty XP? Let us know by commenting below or tweeting us @GAMURScom.