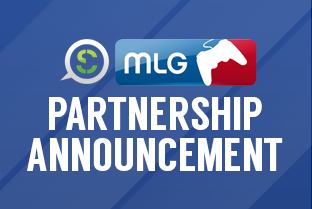 In light of Major League Gaming’s (MLG) most recent acquisition of bringing on current Houston Rockets GM Daryl Morey to their board of directors, we now have a new partnership to announce. As of September 19, 2013: Scuf Gaming has [officially announced their partnership](http://www.scufgaming.com/us/information/press-releases/) with Major League Gaming! Scuf Gaming has long been recognized as the gamer’s go-to choice for controllers in Black Ops 2. So the fact that MLG has brought them on is not surprising, but more so a delight for most gamers in the circuit and the viewers from home.

Both Duncan Ironmonger (CEO & Co-Founder of Scuf Gaming) and Sundance DiGiovanni (CEO and Founder of MLG) are being quoted below to show their excitement for the new partnership:

“We are delighted to be partnered with MLG, the leader in the eSports community,” said Duncan Ironmonger, CEO & Co-Founder Scuf Gaming. “Since our humble beginnings we have always strived to become fully recognized as the premiere Gaming Controller Company so today is a big milestone for us at Scuf Gaming. Every SCUF controller is built with the gamer’s personal preference and style in consideration. Since creating the SCUF Controller, we have worked extremely hard to support the professional and elite gaming community where we are now adopted by over 85% of the Top Pro Gamers. We have spent almost 3 years educating gamers on how to use paddles and on how to utilize more of their hand use, in a safe and ergonomic way; helping to enhance their gaming experience and skill during competitive game play. We love what we do and continually strive to improve and innovate for the Pro Gaming market. We feel privileged to be working with Major League Gaming as their commitment to excellence is unsurpassed and I personally can’t wait for the year ahead!”

“We are excited to work with Scuf Gaming to further introduce their high-quality controllers to Major League Gaming,” said Sundance DiGiovanni, CEO and founder, Major League Gaming. “Scuf has created a great, customizable controller that addresses the needs of gamers and we look forward to rolling out our partnership in the coming months.”

As we see there is excitement for both parties in this partnership. One can only wonder what this might mean for Scuf moving forward though. Does this practically ensure that Scuf’s will be usable on next-gen consoles? Does it mean that we might see a practical use for Scuf controllers in other games besides Call of Duty? Make sure to voice your opinions below.

And as always, stay tuned to [@eSportsNation](http://www.twitter.com/esportsnation) for all of the latest in eSports news.