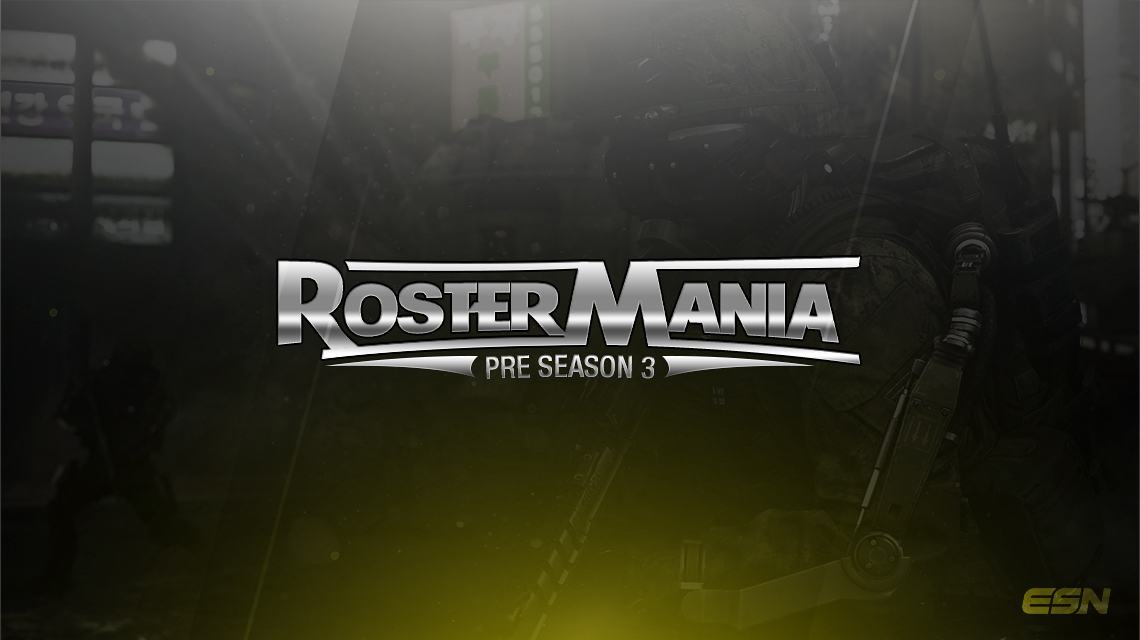 RosterMania hasn’t stopped since the last article covering the start of June so due to the amount of changes that have happened, it was best to split it up into two parts. Here’s a summary of all the Call of Duty eSports roster changes since the MLG Pro League Season 3 Relegation Event. If you missed the last article with all the changes after the MLG X Games event, you can find it here: #RosterMania: Post MLG X Games

Patrick ‘ACHES’ Price is left as the lone member on Prophecy after Ulysses ‘AquA’ Silva, Bryan ‘Apathy’ Zhelyazkov and Sam ‘Octane’ Larew all departed after failing to make Season 3 of the MLG Pro League.

Well guys I am a F/A for season 3. If any teams want to hit me up, thank you.

I wish them all the best. We'll be looking for 4

Joey ‘MerK’ Deluca has said his goodbyes to the guys on Automatic Reload as he becomes a Free Agent for Season 3. Mikhail ‘Blfire’ Glushenok, Tyler ‘FeLonY’ Johnson and Ryan ‘Lawless’ Lawless are now looking for one.

Obligatory F/A for s3. Obviously a lot of talent out there but I figured why not 😎😎

After last weeks madness with Enigma6, they’ve confirmed the addition of Christopher ‘Parasite’ Duarte to their roster, alongside Jordan ‘General’ Holloway and Mike ‘MRuiz’ Ruiz. They’re still looking for one however.

Kori ‘Jazhn’ has departed from MEGA and joined up with the boys on Trident, filling the vacant spot left by Jake ‘Fate’ Fitzpatrick. Billie-Jake ‘Chilz’ Parra, Hayden ‘Damage’ Handakas and Jai ‘Beastn’ Boone make up the rest of the squad.

Aware pick up an EU squad

dT have an overhaul

Dream Team have released both their Blue and Purple rosters and have opted for one squad consisting of Troy ‘Sender’ Michaels, Jonathan ‘PacMan’ Tucker, Andrew ‘Ivy’ Ivers and Steven ‘Diabolic’ Rivero.

After the departure of all his teammates on Prophecy, Patrick ‘ACHES’ Price has decided to follow suit and become a Free Agent for Season 3.

Lewis ‘Lewis’ Walker and Jack ‘JTee’ Taylor have both departed from Infused and have been replace by Brandon ‘LXT’ McAllister and David ‘Urban’ Marsh. Shea ‘QwiKeR’ Sweeney and Jon ‘MeLoN’ Ogborne complete the lineup.

After recently being dropped by Team EnVy and Prophecy, Renato ‘Saints’ Forza and Bryan ‘Apathy’ Zhelyazkov have joined up with Josiah ‘Slacked’ Berry and Nicholas ‘Classic’ DiCostanzo on Team eLevate.

tK and Rise have a four player swap

We will be picking up @RiseTJHaly and @Goonjar for the remainder of S3 and all future events, good luck to everyone! #RiseUp

TCM have announced Shane ‘ShAnE’ Mckerral will be stepping back into a substitute/analyst role and he’ll be replaced by Patrick ‘ACHES’ Price, with Tyler ‘TeePee’ Polchow filling in the fourth slot. Jordan ‘Jurd’ Crowley and Thomas ‘Moose’ Handley complete the roster.

We are pleased to announce the addition of @TCM_ACHES & @TylerTeeP to our MLG Pro League Season 3 roster! http://t.co/JA2ghAXBbv

As always, follow @eSportsNation to keep up to date with the latest Call of Duty news and events!