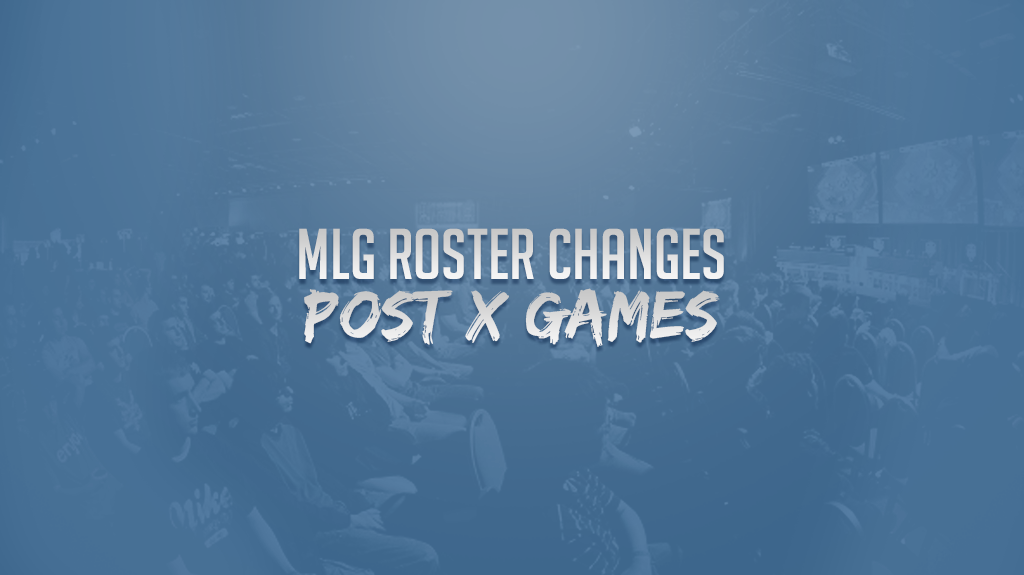 Roster Mania has been coming in thick and fast recently, with a lot of changes prior to the MLG Pro League Season 2 Playoffs for Call of Duty: Advanced Warfare at X Games Austin 2015. After a few surprising performances at the event and online, it’s no surprise that some teams decided to shake things up. What changes exactly have been made? Let’s take a look.

Massi ‘GunElite’ Safi, one of the longer standing players under the fabE organisation, has decided to take a break and go on a hiatus, leaving Kevin ‘Kivi’ Fiala and recent addition Giorgio ‘POW3R’ Calandrelli looking for two.

Dean ‘Dean’ De Peuter has left eQuinox eSports and has been replaced by Kelvin ‘RusH’ Bosman, formerly of Barrage eSports.

E6 reduced to one

Sudden up and comers Enigma6 had a big roster overhaul as Kade ‘Kade’ Jones, Mike ‘MRuiz’ Ruiz and Kelsey ‘ExiB’ Newsome all left the organisation to become a team of three. This left Jordan ‘General’ Holloway as the sole member still under the E6 name.

Thanks everybody for all the support, we will continue to make your guys proud. Me and mike will be a TO2. Welcome back @MRuuiz_

We part ways with both @SN1PERBOMBARUSH and @_Subsist more news to come tonight! #supporteQ

eQuinox eSports waste no time in filling their vacancies, picking up Robbie ‘Nevo’ Dhondt and Swet to play alongside Bjarne ‘Denz’ Sleebus and Lieven ‘Duel’ Soenen.

We are happy to announce that @eQ_Nevo and @eQ_SW3T will be filling the two empty spaces on our team #SupporteQ pic.twitter.com/iPrFkOoVbG

We are stoked to announce our new CoD roster consisting of

[email protected] has been released from @Team_Kaliber Pro. We wish him the best of luck with his career and thank him for his time with TK.

Now, we've got an announcement of our own to make… welcome to FaZe, Clayster & Attach! #FaZeUp pic.twitter.com/ZbiCef8A2p

After the loss of James ‘Clayster’ Eubanks and Dillon ‘Attach’ Price to FaZe, Denial eSports were without a Call of Duty team at all. They’ve now confirmed the acquisition of an all new lineup; Chris ‘Replays’ Crowder, formerly of Denial; Cuyler ‘Huke’ Garland and Austin ‘Slasher’ Liddicoat, previously on FaZe, plus Donovan ‘Temp’ Laroda who was recently dropped by eLevate.

After the departure of Christopher ‘Parasite’ Duarte from Team KaLiBeR, Anthony ‘NameLeSs’ Wheeler, Brandon ‘Sharp’ Rodgers and Jevon ‘Goonjar’ Gooljar were left searching for one. They’ve announced their fourth will be Thomas ‘TeeJ’ Haly, previously of Team eLevate.

MLG’s Season 3 Relegation tournament has just concluded and with that, many more roster changes are bound to happen. Keep your eyes peeled for another #RosterMania article in a few weeks!

As always, follow @eSportsNation on Twitter for the latest news and updates in Call of Duty eSports.