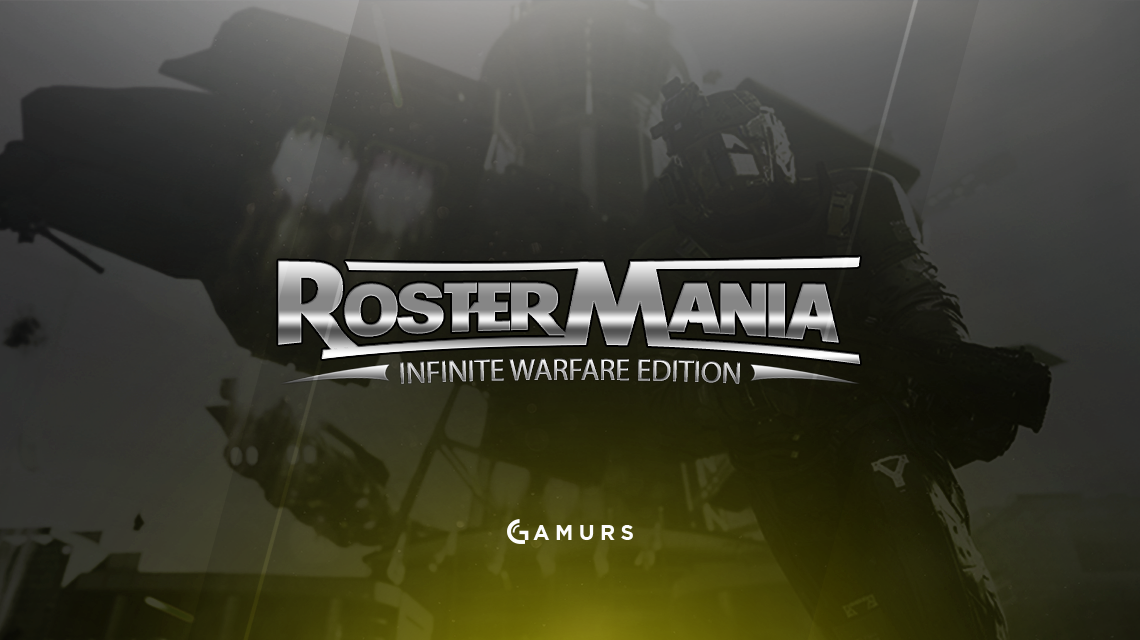 At the conclusion of the Call of Duty®: Black Ops III cycle, most top teams kept their rosters intact. However, following the release of Call of Duty®: Infinite Warfare, “RosterMania” seems to be in full effect once again. This article will serve as a compilation of all the confirmed roster changes so far in the Call of Duty community.

*Disclaimer: This article was last updated at 6:00 p.m. EDT on Nov. 21, 2016. None of the roster changes announced by individual players have been confirmed by their organizations (unless otherwise noted).

Rise Nation was the first team to kick off RosterMania as they announced on Oct. 28 that Josiah “Slacked” Berry, Nicholas “Classic” DiCostanzo and Sam “Octane” Larew were all leaving the organization. This left Daniel “Loony” Loza as the only remaining player on Rise.

Moments later, Luminosity announced that they were splitting ties with Anthony “NAMELESS” Wheeler, Jeremy “StuDyy” Astacio and Michael “SpaceLy” Schmale, leaving Renato “Saints” Forza as the last player under their banner. However, Saints wasn’t alone for long, as Luminosity was quick to add the former-Rise trio to form their new roster heading into Infinite Warfare.

The squad for the new game is – Me, @LG_StuDyy, @ColtHavok, & @Nagafen. We are still looking over org options: [email protected]

Less than 24 hours after the official release of Infinite Warfare, NAMELESS shockingly announced his new roster, consisting of himself, StuDyy, Jared “Nagafen” Harrell and Colt “Havok” McLendon. While this team-of-four is ready to go, NAMELESS and company are still in search of an organization to represent.

At the time of this announcement, Nagafen left Elevate as a team-of-three, while Havok departed from compLexity Gaming, leaving them to look for one more player.

Yes @RiseLoonysan will be playing with us.

While we were able to get a statement from the Head of Public Relations at Elevate, we are still awaiting official confirmation from the organization.

Me @LingLingMiyagi @AlexExamples @JohnnyisTsunami are looking for an organization to represent at MLG Vegas and throughout the IW season! RT

Mike “Blfire” Glushenok continued the RosterMania trend by announcing his new teammates for Infinite Warfare. Blfire will be teaming with Daniel “Miyagi” Ho, John “Johnny” Cookson and Alex “Examples” Hartlaub. This roster intends to attend MLG Vegas in the middle of December, and they are looking for an organization to represent.

Just two days after Aqua announced that he would be teamming with Loony, it has now been confirmed that the former Elevate-trio of Aqua, FeLo and Faccento will be making the transition over to Rise Nation.

Initial reports led to the misconception that Loony would be joining those three players on Elevate, but both organizations have confirmed that Rise has bought out the contracts of Aqua, FeLo and Faccento. These three players found great success together in Black Ops III, but only time will tell what they will be able to accomplish now that they have joined Loony under the Rise Nation banner.

The team and I have come to a mutual agreement to release @Xotic16. He’s a beast, so much talent in this kid, wish him the best of luck

Team Allegiance and player John “Xotic” Bruno have mutually parted ways, according to the above tweet by Matthew “Royalty” Faithfull. The drop comes after a 13th-16th placing at the Call of Duty: World Championship this year.

Xotic’s replacement is not yet known.

Due to internal issues with @hypergamesteam they have decided to release us, we will hopefully have an announcement in the coming days.

In a tweet earlier today, Jordan “Reedy” Reed announced that HyperGames has released their Call of Duty roster “due to interal issues.”

HyperGames confirmed this announcement, which means that the roster consisting of Reedy, Zach “Zed” Denyer, Josh “Watson” Watson and Sean “Seany” O’Connor is now looking for a new organization to call home.

SinfuL most recently spent the majority of the Black Ops III season playing for Echo Fox.

Elevate just announced their acquisition of a top European roster, consisting of Zach “Zed” Denyer, Josh “Watson” Watson, Sean “Seany” O’Connor, and Jordan “Reedy” Reed. With quite a few talented North American teams currently looking for an organization, this came as a surprise to several people in the community. Whether this team will remain in Europe or move across the pond to the United States is yet to be determined.

We’re very excited today to announce we’ll be moving into the new @CallofDuty with a brand-new squad https://t.co/s7yFS25R49 pic.twitter.com/ZrPvC89tLb

After announcing his roster over two weeks ago, NAMELESS has finally found a home for his new teammates: Evil Geniuses. Although this move was heavily anticipated, EG officially confirmed their return to Call of Duty with their acquisition of NAMELESS, StuDyy, Nagafen and Havok.

We will be updating this article daily as more official changes are announced. Be sure to follow @GAMURScom for quick updates regarding rosters and all other Call of Duty news.

Which of these roster changes surprised you the most? Let us know by commenting below or tweeting us @GAMURScom.