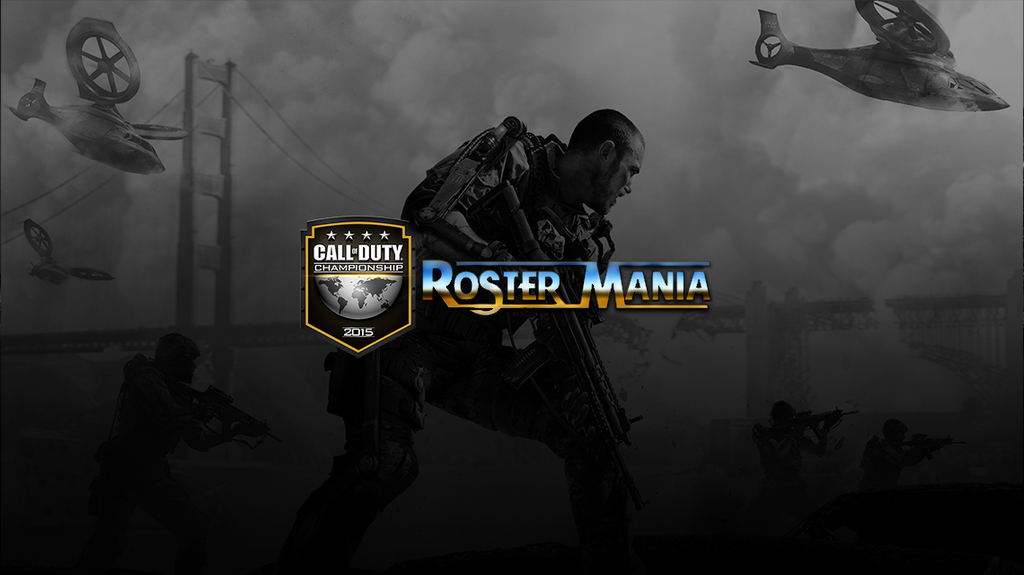 With the recent announcement of the Call of Duty World Championship, many teams will be making changes in order to create the best team possible. This is a list of all confirmed changes regarding Call of Duty Championship rosters to take place after Jan. 8, 2015.

In one of the more confusing trades to occur in CoD eSports, Rise Nation has acquired Troy “Sender” Michaels from Aware Gaming in exchange for their substitute player, Brian “PRPLXD” Ladd.

Sunday consisted of a variety of roster rumors with many players competing with new teams for the MLG 5K Series. However, the first official move to be made was when Automatic Reload announced that Miyagi is leaving the team. They are looking for one more to join Burns, Blfire, and Anticity.

On Jan. 13, Automatic Reload announced on Twitter that they traded Miyagi for Whea7s, who had recently been dropped from the starting squad on Rise Nation.

After weeks of arguing and distress over the Prophecy lineup, on Jan. 14, Ricky announced that he is a Free Agent. He has stated that he will still be competing with Prophecy for the MLG CoD League, but is looking for “an actual team” to compete for CoD Champs.

The issues with the roster of the team were mainly regarding the relationship between Parasite and teammates. There was a lot of frustration and hostility among the players, resulting in Parasite leaving the team entirely.

The Team Prophecy roster now consists of Ricky, Fears, Legal, and MBoZe for the MLG CoD League. Parasite has been technically benched from the starting lineup as he searches for a new team. The acquisition of MBoZe came in a trade that sent Dedo to OpTic Nation as a substitute player for the league.

After being forced to make roster changes because of age requirements, Stunner Gaming will pick up Fears and Legal from Team Prophecy to join PRPLXD and VeXed. This came as a surprise after MBoZe was announced as the fourth for Team Prophecy. Huke and TJHaly will remain as part of the Stunner organization through Champs even though they are underage.

MBoZe and Ricky Looking For Two For Champs

While this may seem a little confusing, Ricky and MBoZe will be teaming with Fears and Legal for the remainder of the MLG CoD League. However, with Fears and Legal going to Stunner Gaming for CoD Champs, Ricky and MBoZe will be searching for two players to team with for Champs. It is unclear if they will remain on the Prophecy organization for Champs.

With many roster changes taking place on the lock day for Season 1 playoffs of the CoD league, Denial decided to officially announce the roster of Attach, Replays, JKap, and Clayster for CoD Champs. There was a lot of speculation as to where Clayster would end up. For now, he’s going to be staying with Denial excluding any possible future moves.

On Jan. 21, FaZe Clan and Team JusTus completed a trade for the MLG League that sent Censor and Apathy to JusTus for Enable and Faccento. This trade solidified the FaZe Clan roster of Aches, Slasher, Parasite, and Enable.

Censor and Apathy will play with JusTus for the remainder of Season 1, but they will return to the FaZe brand under FaZe.Black for CoD Champs. The roster has not yet been announced.

We will continue to update this article over time as more official changes take place. Be sure to follow @eSportsNation for quick updates regarding rosters and news in eSports.